STANFORD – Strange as it may sound, vaccines are now the key to reviving the transatlantic relationship. Former President Donald Trump’s “America First” administration had left ties between the United States and its European allies badly frayed. So, in his address to the Munich Secutiry Conference in February, President Joe Biden thought it best to reaffirm America’s support for Article 5 of the North Atlantic Treaty: an attack on one NATO member would be considered an attack on all That is all to the good. Yet a speech is still a speech, and some wonder what Article 5 and the Alliance is worth when Europe’s shortage of COVID-19 vaccine supplies is putting European lives and livelihoods in danger while the US is swimming in doses. The Biden administration has not even pressed for Food and Drug Administration approval of the United Kingdom’s Oxford-AstraZeneca vaccine, despite having an estimated 60 million doses on hand.

There is no doubt about Biden’s desire to revitalize ties with Europe, which is why his administration must address this egregious vaccine imbalance and help the Europeans in their moment of need. The fastest way to do this – and to strengthen the transatlantic relationship – is US-European joint production of vaccines in Europe. Here, the Biden team should follow the model of the highly successful deal it brokered in the US, where Merck is manufacturing millions of doses of Johnson & Johnson’s (J&J) vaccine under license.

Netherlands and Ireland joined several other countries who have temporarily... →

Cooperation in production and distribution across borders, and even oceans, is a more effective way to promote diplomatic objectives than simply selling vaccine supplies to the Europeans (though that is better than nothing at a time when Europe lags far behind the US in terms of vaccine delivery). Russia, not famous for sharing anything, understands this, and has just signed a deal to produce its Sputnik V vaccine in Italy, with similar arrangements reportedly in the works in France, Germany, and Spain.

By cutting such deals, the Kremlin has succeeded in leveraging a critical area, public health, while seeking to divide and hollow out the European Union. Given this, the obvious question is, why hasn’t the US government done more to push US pharmaceutical firms to agree to joint production agreements with European pharmaceutical firms?

True, Pfizer/BioNTech (which is a German firm) have a deal with Novartis to produce their vaccines in Marburg – 60 million doses per month at full capacity. And J&J’s vaccine is being produced in Leiden, with the company having signed in February a deal with Sanofi to produce 12 million doses per month in Marcy-l’Étoile, France. Moderna has now contracted with the Lonza Group to manufacture its vaccine in Switzerland.

But all of these moves came late (thanks to Trump), after it became clear that the EU was far behind in delivering vaccines to its citizens. And that inability to deliver vaccines gave both Russia and China a window of opportunity to position themselves as Europe’s health saviors, which they are now seeking to exploit.

By pushing joint vaccine ventures, US national security would be enhanced without an additional dime of defense spending. Just as the US cemented its ties with Europe after World War II with Marshall Plan aid, it should encourage as many cooperative vaccine production agreements as the Europeans need to meet their needs. The Marshall Plan helped to keep the Soviets out of Western Europe; joint production of vaccines in Europe would limit the malign (and costly) influence that Russia and China seek to exercise. Hungary, for example, is paying many times more for its Chinese vaccines than it would for the UK or US versions.

OXFORD – In a recent letter to her G20 colleagues, US Secretary of the Trea... →

But jabs are only part of the story. The Biden administration has already made solid progress in mending US relations with Europe, particularly by ending a long-standing, and poisonous, dispute over aircraft production subsidies. Biden and Ursula von der Leyen, President of the European Commission, agreed in early March to suspend all tariffs imposed in the subsidies dispute for an initial period of four months.

This agreement’s commercial significance is matched by its symbolic importance as a signal of a revitalized transatlantic partnership. The aircraft dispute had started almost two decades ago, and the EU had imposed tariffs on US products worth roughly $4 billion, while the US levied tariffs on $7.5 billion of European goods. “Finally, we are emerging from the trade war between the US and the EU, which created only losers,” Bruno Le Maire, the French finance minister, said on Twitter.

But aircraft subsidies were not the only trade issue separating Europe from America. The tariffs Trump imposed on steel and aluminum from Europe on national security grounds remain in place. Gina Raimondo, the US commerce secretary, recently called the steel and aluminum tariffs “effective,” an indication the Biden administration will not soon repeal all of Trump’s protectionist measures. And there also remains the thorny dispute over US sanctions on German and other EU firms building the Nord Stream 2 gas pipeline to deliver Russian natural gas directly to Germany, bypassing Ukraine and Poland.

How can Europeans not be skeptical of Biden’s promise that “America is Back” when he refuses to stand up to the steel protectionists? For Biden, there is a fear that tariffs are popular with the working-class white voters the Democrats want to win back. Moreover, Republicans, and the steel industry and its unions remain behind them.

Biden’s preservation of steel tariffs represents a victory of domestic politics over sound foreign policy. But Biden also recognizes that an America estranged from its allies is a weaker America. By helping Europe produce vaccines within the Union, he will demonstrate not only that America is back, but that it is the far-sighted America of the Marshall Plan, not the sneering “America First” of Trump, that has returned.

Melvyn B. Krauss is Professor Emeritus of Economics at New York University. 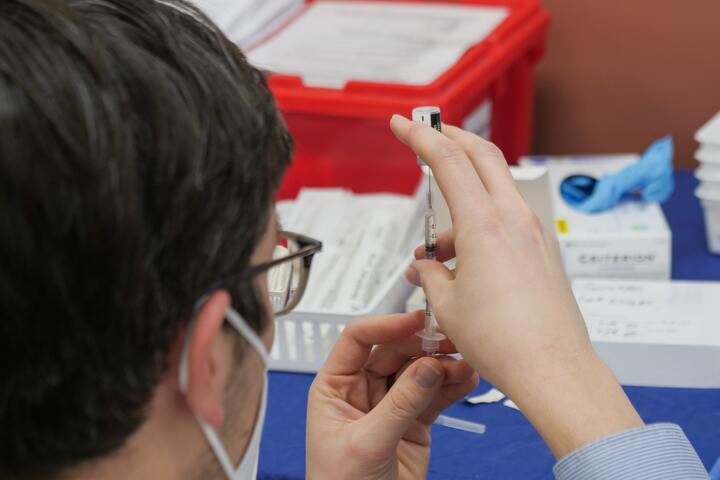