LUXEMBOURG – With nationalist tendencies currently resurgent around the world, Europe can and must place itself at the forefront of the issues that matter most. From promoting trade and human rights to mitigating disease and climate change, Europe can be a global beacon, fostering the kind of multilateralism that is at the heart of the European Union As French President Emmanuel Macron put it at the United Nations General Assembly in September, Europe must engage in “building new solutions, because we are not collectively condemned to a dance of power which would, in a way, reduce us to being the sorry spectators of collective powerlessness.”

A strong global role requires strong policy coherence in the EU’s approach to development. The COVID-19 crisis has derailed global development goals and could push 100 million additional people globally into extreme poverty, according to the World Bank. A powerful European voice in development is therefore a moral imperative.

Such a stance is also in Europe’s own interest. While developing countries are grappling with the pandemic’s health and economic consequences, none of their existing security threats and challenges have abated. There are already indications that violence is increasing in fragile or conflict-afflicted regions, such as the Sahel and Iraq.

Meanwhile, the devastating impact of climate change on developing countries demands that Europe strengthen its international role. We know that European actions alone will not change the direction of global warming. After all, Europe’s carbon-dioxide emissions are less than one-third of Asia’s. To address the impact of climate change, we must reach beyond our borders, learn lessons, share our expertise, and cooperate with green investors everywhere. A coherent climate strategy must be a key building block of an effective European development strategy.

This requires Europe to think big on development, and go beyond the EU’s four current strands of development finance activity. The bloc participates in global organizations like the World Bank, as well as in entities with a regional focus, such as the African Development Bank and the European Bank for Reconstruction and Development. It also finances development bilaterally, through the European Investment Bank (EIB), and nationally, through institutions such as the Agence Française de Développement.

Europe must continue to be engaged on all four fronts. But in a world of increasingly divergent national interests, the EU must also strengthen its strategic autonomy to promote its priorities and values internationally. On strategically important issues such as climate change, human rights, the transformation of global value chains, or migration, we cannot sit back and wait for the United States, China, or Russia to act. Moreover, unilateral actions by individual EU countries would be insufficient, inefficient, and even counterproductive for Europe.

The EU needs to speak with a clear voice – as other global powers do already. China has not only founded the Asian Infrastructure Investment Bank, but also massively increased the resources and commitments of its bilateral development institution, the China Development Bank, under President Xi Jinping’s signature Belt and Road Initiative. Alarmingly, while China has introduced some restrictions on fossil-fuel investment at home, its overseas investment shows a pronounced tendency toward financing coal and gas projects. China is thus opening up markets for Chinese firms while other global suppliers of clean-tech solutions fall by the wayside.

Meanwhile, the US, which has pursued an inward-looking “America First” policy under President Donald Trump, is bringing together various institutions under the umbrella of the US International Development Finance Corporation to strengthen its bilateral development activities. If the EU wants to level the playing field – and prevent the 2015 Paris climate agreement and the UN Sustainable Development Goals from sliding down the global agenda – it needs to reinforce its development financing activities.

Many have long regarded the establishment of an EU development bank as a necessary and proper step to bolster the bloc’s global role. It is now high time for member states to follow through and set up such an institution under the roof of the EIB, thus leveraging an asset they have already built together.

An EU development bank would have an immediate, significant, and resource-efficient impact. By putting the bloc’s national development ministers in the driver’s seat, while ensuring that finance ministries have overall oversight, the new institution would bring a coordinated, transparent, and European approach to development financing that so far has been sorely lacking. Moreover, a strong governance role for the European Commission and the European External Action Service would guarantee that the bank’s strategy and all its individual projects served the EU’s development policy targets from day one.

This new institution would not replace Europe’s involvement with global and regional multilateral banks, nor would it weaken the robust and diverse array of national development institutions. Rather, its role would be to give the EU a stronger voice on issues where member states share a common ambition that is not sufficiently considered at the global and regional levels, such as supporting societal resilience in fragile countries and promoting climate action.

In order to capitalize fully on the wealth of existing European development work, all national development banks and agencies should have the option to participate in the new EU development bank – without, of course, losing their autonomy, national mandates, or access to EU funding instruments. This will make it possible finally to link development financing activities at the EU and national levels and ensure a transparent division of tasks.

In addition, activities co-financed by the EU development bank and national development institutions could become subject to an accelerated approval procedure for EU risk-sharing mandates (as is already the case for some EU mandates today). This would significantly increase impact – without requiring any additional resources – by reducing the bureaucracy (and time) involved in allocating these funds.

The EU needs to set a new course for development, and send a strong signal that Europe is ready to play its role in the world. Our history, principles, and ambition demand nothing less.

Werner Hoyer is President of the European Investment Bank 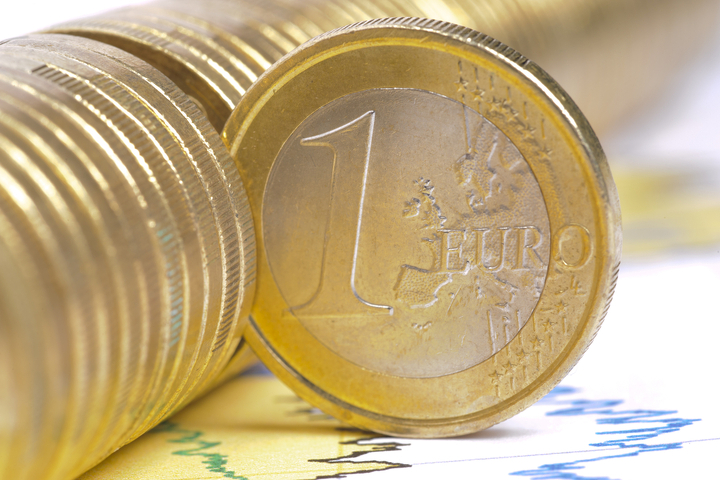