Since 2008, the European Central Bank has learned important and costly lessons concerning the economic preconditions of price stability Two of the most important requirements are financial stability and a faster green transition. Policymakers should not forget these lessons as they seek to tackle record-high eurozone inflation.

The main reason for the surge in inflation is high energy prices, which are up 36% year on year. In addition, food prices have increased dramatically as poor harvests, wars, and commodity speculation followed the pandemic-induced supply-chain disruptions of 2020-21. Even parts of the services sector are now reporting inflation well above the ECB’s 2% target. Meanwhile, corporate profits are soaring.

The World Economic Forum’s first meeting in more than two years was markedl... →

This turn of events is ironic, given that the ECB last summer concluded a two-year strategy review that was concerned mostly with the problem of low inflation. But, while the ECB is set to raise interest rates at its next meeting in July, it must not ditch its new strategy.

Raising interest rates is a costly proposition. A sudden, large hike will sooner or later cause economic activity to slow sharply. After hitting the financial system, the increase in interest rates chokes off consumer spending, impedes corporate investment, and gets a lot of people fired. This approach, if pursued hard enough, does bring down prices. But collateral damage is unavoidable.

Credibility will be key to making the ECB’s upcoming interest rate “liftoff” work. If central bankers can convince businesses and workers that the current inflationary spike is temporary, prices may stabilize. If not, then the German steelworkers’ union IG Metall’s demand for an 8.2% wage increase seems a matter of basic fairness – if firms can raise their prices indiscriminately, then why can’t workers do the same? Given that risk, ECB President Christine Lagarde needs to demonstrate her resolve to stamp out inflation.

How the ECB implements its expected rate increases will shape the European economy for decades. To pre-empt future inflationary shocks, governments and firms need to invest today in clean-energy production, energy efficiency, and adaptation to increasingly extreme weather. Cutting those investments in order to push down prices in the short run will make the European Union more vulnerable to painful climate-related shocks.

Instead, the ECB’s coming rate hike should reflect its new strategy. Most importantly, the ECB has revised its analytical framework, which shapes the policy deliberations of its Governing Council.

Like the ECB’s old strategy, the revised framework reflects the overarching objective of price stability. It has two pillars. Under the existing economic pillar, the ECB analyzes inflation on a 2-5-year time horizon. The new monetary-financial pillar concerns how to pursue price stability and sets out the factors that the ECB considers. It gives greater prominence to the ECB’s secondary mandate: to support the EU’s broader economic policies.

The Global Economy in Transition

Recent conversations about the global economy and markets have been defined... →

Under the second pillar, the ECB has committed itself to considering a range of factors that should caution against a sharp rate hike. First, a decade of crises has taught the ECB that “financial stability is a precondition for price stability.” After the eurozone sovereign-debt crisis of the early 2010s, for example, it took the ECB years to get inflation back up to its target.

Indiscriminate rate hikes will drive up yield spreads on government bonds between eurozone member states, undermining the transmission of ECB rates to the real economy. And spreads could widen most in countries such as Italy and Portugal, where inflation has been comparatively low.

The monetary-financial pillar also acknowledges that financial-market developments shape longer-term price stability. Crucially, the Governing Council is committed to “ensuring that the Eurosystem fully takes into account […] the implications of climate change and the carbon transition for monetary policy and central banking.”

But, as the Tinbergen Rule tells us, achieving more than one objective requires that policymakers use more than one tool. Price stability today and price stability tomorrow cannot both be guaranteed if the ECB raises interest rates across the board. Unconventional tools will thus remain crucial for long-term monetary and financial stability.

The good news is that the ECB already has most of the tools it needs. For starters, policymakers should watch for renewed signs of bond-market “fragmentation,” when the borrowing costs of governments in weaker eurozone economies surge relative to those of Germany. Simply reinvesting the portfolio of the ECB’s existing pandemic emergency purchase program (PEPP) will not suffice, and policymakers’ thinking here remains unclear.

ECB board member Luis de Guindos recently said that the Governing Council had “not discussed any new anti-fragmentation program in detail.” But no new program is needed, because the PEPP is already sufficiently flexible. The ECB can pause net asset purchases, but it should expand the program’s size to signal its resolve to intervene if necessary.

Russia’s invasion of Ukraine has heightened everyone’s appreciation of glob... →

To ensure that its monetary policy does not undercut long-term green investments, the ECB should also do more to differentiate refinancing rates and collateral policies. Hiking rates on loans that finance real-estate speculation and wasteful construction can go together with ensuring adequate funding for energy-efficient renovations. To that end, the ECB should tighten the criteria for its targeted longer-term refinancing operations (TLTROs), which provide low-cost funds to banks that lend to the real economy.

The new TLTRO criteria should emphasize bolstering the economy against inflationary shocks and advancing a smooth green transition. The ECB persistently finds that European banks originate most of their loans on the basis of inadequate climate and environmental criteria. Cutting off such myopic lending will contribute to short- and long-term price stability, while banks that lend according to green criteria should be rewarded with cheaper ECB credit.

The ECB has learned that price stability is about more than the level of consumer prices two years down the road. Now that inflation has returned with a vengeance, we will soon see its climate and financial-stability objectives put to the test.

Jens van ‘t Klooster, Assistant Professor in Political Economy at the University of Amsterdam, is an FWO fellow at Katholieke Universiteit Leuven’s Institute of Philosohy. 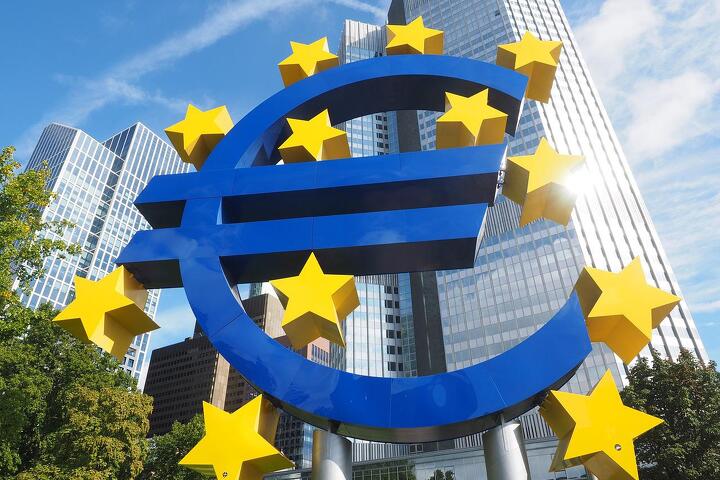