STANFORD – Mario Draghi’s first speech as Italy’s prime minister made clear that his national unity government will not only be about domestic Italian politics and policy reforms, but about Europe, too. Draghi has signaled nothing less than a dramatic reconfiguration of European policymaking, with major consequences for Europe and the European Union’s relations with Russia and the United States As prime minister, Draghi will be a member of the influential European Council; in fact, he should be one of its core leaders, along with his French and German counterparts, Emmanuel Macron and Angela Merkel. As Jörg Asmussen, a member of the European Central Bank’s executive board when Draghi was ECB president, put it shortly before Draghi’s installment, “European politics might shift into more of a triangle.”

Asmussen was right. In his maiden speech to Italian lawmakers, Draghi stressed that Italy would “need to better structure and strengthen the strategic and essential relationship with France and Germany.” Clearly, the reconfiguration of European politics will be a top priority for his government. “Without Italy, there is no Europe,” Draghi said.

NEW DELHI – The European Union has changed its economic policy for the bett... →

And there is no Europe without further EU integration. Taking aim not only at anti-euro Italian populists like Matteo Salvini, Draghi said, “Supporting this government means sharing the irreversibility of the choice of the euro,” adding that it also “means sharing the prospect of an increasingly integrated European Union that will arrive at a common public budget capable of supporting countries in times of recession.”

Draghi’s ascension to the European stage alongside Macron and Merkel also implies closer EU-US relations. US President Joe Biden could not find a better ally in Europe. Italy’s new government, Draghi vowed, will be “strongly pro-European and Atlanticist, in line with Italy’s historical anchors.” This marks a break with the foreign policy of Giuseppe Conte, the previous prime minister, who had aligned Italy more closely with China. Draghi is giving the transatlantic alliance a chance to recover after four years of Donald Trump’s strategic recklessness.

On NATO, Biden and Draghi think alike. Both favor keeping US troops in Europe, and both want a bigger German monetary contribution to the common defense budget. A more fundamental point is that the two see the US as the ultimate protector of Europe’s independence.

Draghi’s Atlanticism and pro-American sentiments run too deep for him to support the current push – led by Macron, with much elite support – for greater EU “strategic autonomy.” But seeing eye to eye with Macron on many other matters, as he does, Draghi is likely to smooth over their differences on this thorny issue.

But Draghi’s position on European security is firm – for the foreseeable future, there can be no replacement for the US troops in Europe. As Trump’s influence fades in the US, so, too, will European anxiety about the reliability of America’s security guarantee, which may dampen the sense that greater “strategic autonomy” is needed.

Draghi’s strong belief in Atlanticism should bolster that of the entire European Council, working in particular as a counterweight to and moderating force on Merkel, who at times puts German business interests with Russia and others ahead of transatlantic ties and European security. The more influence Draghi has in Europe’s power triangle – and his tenure at the ECB appears to give him considerable clout with Merkel – the tougher the EU will be with Russian President Vladimir Putin, as well as Europe’s home-grown autocrats like Hungary’s Viktor Orbán and Poland’s Jarosław Kaczyński.

After all, Draghi’s standing does not rest solely on his reputation in financial markets, where he is seen as someone who can lower Italian borrowing costs and boost Italian stock prices. He is a student of history, with strong democratic values and a strategic sense of the type that Europe badly needs to deal effectively with Putin and his ideological soulmates in Central Europe.

Draghi’s pro-Atlanticism clearly does not conflict with the prospects for a more united Europe. When he was president of the ECB, he did not save the euro merely to preserve Italy’s membership in the common currency, as his northern detractors allege; he did it to save the European project itself. Likewise, he did not introduce quantitative easing simply to bail out Italian bonds; he did it to further north-south integration.

Now he is championing the EU recovery fund, not only to help Italy and other southern countries overcome the economic consequences of the pandemic, but also to make permanent the most daring joint effort so far to integrate Europe’s north and south. The next step in the process could be the introduction of a true eurobond. Draghi’s support for such a joint debt instrument may well prove decisive.

Draghi can serve as Italy’s prime minister until 2023, when new elections must be held. But he may decide not to serve past May 2022, if Charles Michel, the current president of the European Council, does not serve a second term. Given Draghi’s focus on Europe’s future, the opportunity to pursue the position would be tough for him to ignore. The conventional wisdom that Draghi will move on to the Italian presidency is overblown. There is no power in that job.

Although Italy’s economy could prove to be Draghi’s Achilles heel if he is forced to spend all his time and political capital fighting for necessary reforms, ultimately, his domestic and European challenges are interconnected. It is only the fact that he will have over €200 billion ($243 billion) of recovery-fund money to disperse to various domestic factions that mitigates the risk that the Italian economy will be his undoing. 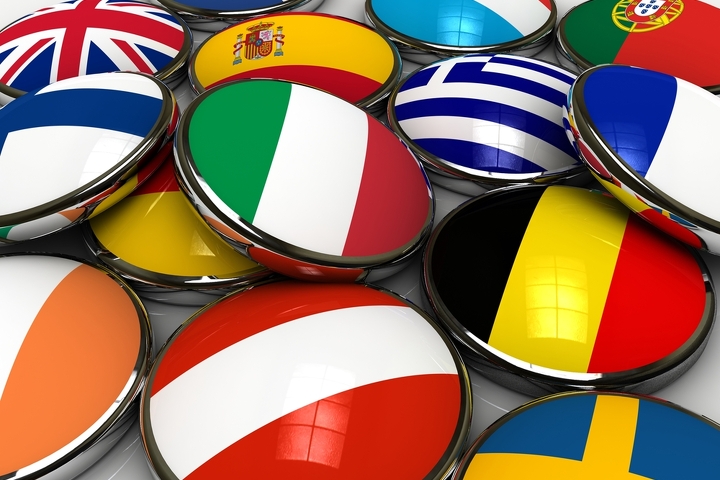