LONDON – Now that Boris Johnson has achieved his lifetime ambition to become the United Kingdom’s prime minister, the tragicomedy of Brexit is approaching its climax. While the rest of the European Union has viewed this with barely disguised horror, there is good news and bad news in Johnson’s apotheosis The bad news is that the “no-deal” withdrawal from the European Union that Johnson advocated to win the leadership of the Europhobic Conservative Party could cause a sudden stop in economic activity comparable to the disaster that followed the failure of Lehman Brothers in 2008. Although this business breakdown might initially affect only trade-related businesses in Britain, and produce some kind of UK-EU compromise within a few weeks or months, we learned in the 2008 financial crisis that even a brief interruption of normal commercial relations in one part of the economy can reverberate for many years.

The good news is that Johnson is a far cleverer and more adroit politician than his predecessor, Theresa May. And pessimism about Britain’s prospects has become so widespread that any Brexit outcome other than a no-deal rupture would now be a positive surprise, causing an economic resurgence not just in Britain but across Europe. Yes, Britain is bound to suffer in the long run from any version of Brexit. But in any version of Brexit other than “no deal,” the short-term damage would be offset by a rebound in business and consumer sentiment as the risks of total breakdown were suddenly replaced by the certainty of a lengthy transition period in which Britain’s economic relations with Europe would remain almost unchanged.

In this scenario, policy changes on both sides of the Channel could outweigh even the structural damage of Brexit to Britain and its trading partners. The UK would benefit from a cyclical stimulus promised by Johnson in the form of higher public spending and tax cuts. The rest of Europe, especially Germany and France, would gain from the commercial opportunities from new EU policies likely to squeeze British competitors out of the single market in lucrative industries such as finance, media, pharmaceuticals, defense, and autos.

What, then, is the probability of an orderly outcome and long transition period, as opposed to a potentially catastrophic sudden rupture?

Political betting markets now put the odds of no deal at 33%, and some financial analysts rate it as high as 50%. This is no surprise, given that Johnson devoted most of his leadership campaign to normalizing the idea of no deal. There are, however, at least three reasons why a no-deal Brexit remains very unlikely, despite Johnson – or perhaps because of him.

First, parliamentary numbers are stacked higher than ever against a no-deal outcome. All opposition parties are more united against Johnson than they were against May, while his effective parliamentary majority has been reduced to only two or three MPs. So, in principle, it would take only two Tory defectors to vote down Johnson’s government and trigger a general election. With 40 Tory MPs having voted this month to weaken Johnson’s negotiating tactics, there are clearly enough potential dissidents to topple his government should that be necessary to avert “no deal”. And if an election were triggered before Johnson could re-unite his party by delivering some version of Brexit, he would probably lose, becoming the shortest-serving prime minister in British history. Provoking a rebellion among opponents of a no-deal Brexit is therefore a much greater risk to Johnson than upsetting the Europhobes who sabotaged May.

Dramatic changes have swept the world since British voters decided in 2016 ... →

Second, Johnson has a means of avoiding a rupture that was not available to May. If he could persuade EU leaders to offer some minor cosmetic changes to May’s withdrawal agreement, Johnson could almost certainly get Parliament to pass his “new” deal. This is because the hard-line Euroskeptics determined to replace May with a “genuine” Brexiteer would now have no choice but to vote for Johnson’s deal or risk an election in which they might lose Brexit altogether. Meanwhile, many pro-Europeans in both major parties who had previously hoped to prevent Brexit will now support almost any negotiated agreement, just to avoid the no-deal nightmare.

The main threat therefore comes from the EU side. Will European leaders give Johnson enough cosmetic concessions to turn “May’s pig of a deal” into “Boris brings home the bacon”? The answer is probably yes. EU leaders are almost as desperate as Johnson to end the Brexit saga – and Johnson really needs only one small concession: a change to the “Irish backstop” designed to guarantee an open border in Northern Ireland.

Because the border issue really matters only to Ireland, the EU will be guided by the Irish government’s interests. And it is hard to see why the Irish government would prefer the certainty of immediate damage to Ireland’s economic and security interests in a no-deal Brexit to a slight softening of the “Irish backstop” that would guarantee a long transition period in which nothing would change. As Pat Leahy, a prominent Irish Times commentator, recently noted: “Isn’t the possibility of Border checks in a few years’ time better than the certainty of checks on October 31st?” Better still from the Irish standpoint, during the transition period following an orderly Brexit, Britain would be eager to negotiate a permanent EU trade agreement, which would put Ireland in an even stronger position to insist on open-border conditions.

This leads to a third reason for betting against a no-deal outcome: Johnson’s own statements and political style. While Johnson has repeatedly promised to leave the EU in October “with or without a deal,” he has also put the chance of no deal actually happening at “a million to one against,” because he is confident of a successful EU negotiation.

Why has the world accepted Johnson’s promise of “with or without a deal” as gospel truth, while dismissing his prediction of an agreed Brexit as irrelevant wishful thinking? Focusing on personal ambitions and downplaying promises, which has usually been the best way to predict Johnson’s actions, suggests the opposite conclusion.

If Johnson goes for a no-deal Brexit, he risks disaster whatever happens: an economic meltdown if he manages to bypass parliamentary opposition and delivers the promised rupture, and a premature general election if Parliament blocks it. If, on the other hand, he genuinely tries to negotiate an orderly withdrawal agreement, Johnson could still deliver a symbolic Brexit by his October deadline, but also secure the transition period that Britain desperately needs.

The resulting rebound in business confidence would then allow a generous budget of tax cuts, public spending giveaways, and Keynesian fiscal stimulus, paving the way for a general election next spring that Johnson would be almost certain to win with a big majority. For a political libertine whose only consistent principle has been inconsistency, an orderly, negotiated Brexit would surely be the favored option, regardless of the reckless promises to Europhobes that put him in power. 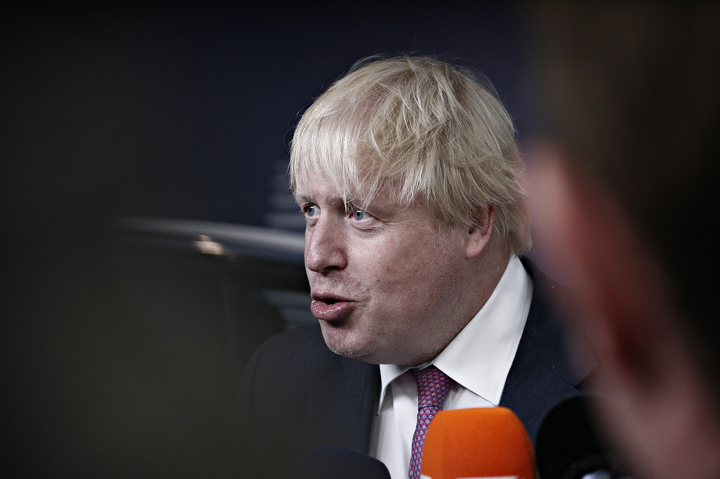