The Next Great Destinations: 8 Places to Beat the Crowds this Summer

With more people traveling than ever before, more and more places are starting to feel loved to death, at least in the height of high season. Ask anyone who has waited and waited to get one photo of an Icelandic glacier without other people in it, or stood in line to cross the Rialto Bridge or see the Segrada Familia Those sights are well worth seeing, but there’s something to be said for visiting places that don’t revolve around tourism, that are still—as the cliché goes—authentic. I asked top destination experts about their picks for the undiscovered (so far) gems of travel in 2018.

Instead of Prague: Tbilisi

“Tbilisi offers cobbled streets, rich Ottoman, Persian and Soviet history, fairy tale architecture and thermal baths, without the crowds,” says Jonny Bealby of Wild Frontiers, whose company offers several trips to Georgia. “The city is rising from the ashes of a pretty dark recent history and discovering its own spirit 25 years after independence from the Soviet Union. New bars, restaurants and art galleries are opening, creating a vibrant cultural scene. The infrastructure is also improving, with new hotels and new architecture springing up along the river including some avant-garde bridges sitting next to the great old sights of the early Christian churches and the cobbled old town. Not least of all, there is the fantastic cuisine and long tradition of winemaking.” Instead of Iceland’s Golden Circle: Husafell

“The small area of Husafell in western Iceland perfectly represents what Iceland ‘used to be’—gorgeous and untamed nature minus the crowds,” says Sif Gustavsson, the CEO of the communications agency Iceland Cool and the past director the country’s US tourism board. “It’s a doable daytrip from Reykjavik with equally beautiful sites, but you have more opportunity to interact with nature and fewer people to share the scenery with.” Within the remote Husafell Nature Reserve are the Saga-GeoPark, a volcanic wonderland of fire and ice; Deildartunguhver Hot Spring, where locals swear by the health benefits; and the waterfall duo of Hraunfossar and Barnafoss. “There’s no reason why everybody who comes here should visit the Golden Circle when Iceland is filled with unexplored corners of spellbinding nature. Travelers who choose less popular alternatives like Husafell can have a fully immersive experience in wild nature while helping us to preserve Iceland's unique environment—that's a win-win!” Instead of Florence: Lecce

“Florence is famous for being the Renaissance city,” says Matteo Della Grazia of Discover Your Italy. “Lecce in Puglia has equally amazing Baroque buildings and a young, vibrant atmosphere in its restaurants and cafés.” The surrounding coastal area has charming beach towns like Gallipoli and Otranto, while the countryside has many masserias (typical Puglia farmhouses) producing wine, olives and so on, where it is possible to organize cooking classes, tastings and often overnight stays. Instead of Mendoza: Maldonado Province, Uruguay

As wine regions ago, the vast area of Mendoza is hardly overrun. But for an up-and-coming alternative, Liz Caskey of Liz Caskey Culinary & Wine Experiences recommends this part of Uruguay. She calls it the South American Tuscany, given the fact that many of the winemakers are second-generation Italian immigrants, and there is excellent olive oil and cheese along with the wines. Her Signature Journey Uruguay, a Natural Beauty highlights the best of the best. “Fun fact,” she says, “Uruguay has more acres planted of olive trees than grape vines although olive oil.” Forty-five minutes from Punta del Este, the Eden Valley has rolling hills and a Mediterranean-Maritime climate and is home to producers like Lote8 for olive oil, Alto de La Bellena for “soulful, expressive wines” and the ultra-modern Viña Edén for a gourmet asado lunch. Not too far away is the dusty town of Garzón, which Francis Mallmann put on the map with a restaurant that Caskey likens to a Latin French Laundry. And “Outside the town, through stunningly gorgeous countryside, Bodega Garzón makes, hand-down, the best Albarino in South America.”

Instead of Provence: Andalucía

The South of France is an area of specialty for the villa and travel agency Scott Dunn, but as an alternative they recommend southern Spain. Europe travel consultant Tracy Stevens says, “The Andalucían countryside is the new Provence: rolling hills, verdant valleys and tiny white villages in a pristine and rural setting.” La Donaira is a brand new, beautiful luxury finca in this area. Plus, there are Moorish ruins and Roman relics, swoon-worthy flamenco and tapas, and “it is an eye-popping parade of beauty both natural and manmade. Vast olive groves shimmer gray-green, golden barley fields sway gently in the breeze, ancient bridges span deep gorges, narrow cobblestone streets are lined by bright pots of flowers, and Iberico ham is practically a religion.” Instead of Phuket: Southern Cambodia

“While Phuket has stunning beaches and beautiful water, it’s also overrun by tourists,” says Andrea Ross of Journey’s Within Tour Company. “The Southern beaches and islands of Cambodia are a wonderful new and quiet alternative. They have just opened a new hotel called the Royal Sands, and it’s the second high-end property, along with Song Saa, in this area and its price tag is more palatable.” Thailand is still great for active vacations, but Ross is creating more ways to see southern Cambodia as it becomes an up-and-coming adventure destination: kite boarding lessons, via ferrata tours of mountains and caves, and paddle boarding excursions around Kampot. Instead of Dubrovnik: Istria

The tourist capital of Croatia can be swarmed with tourists from six cruise ships at once, so it’s better to head elsewhere. Zeljka Mustra of Calvados Club recommends the Istrian peninsula in the far northwest. “Even though the coastal part is famous for its resorts and often over crowded with European guests, the inland of this fantastic region hides true gastronomical, cultural and historical treasures.” Culinary highlights include the olive oils at the awarded Chiavalon estate, red and white wines at Kabola winery and private truffle hunting demonstrations at Motovun woods with hunter and dogs. Then there is “visiting hidden medieval towns like Groznjan overlooking the Mirna Valley, a town with 68 art galleries and ateliers, Zavrsje (the best example of medieval architecture of Istria) and Bale a stone town with a naive art gallery and art park with works from one of the most famous Croatian sculptures, Dusan Dzamonja. The whole region also offers fantastic possibilities for active vacation, including biking, hiking and horseback riding. Instead of the Sacred Valley and Cusco: Kuelap and Arequipa

“To get off the beaten path in Peru, you have Kuelap,” says Jordan Harvey of Knowmad Adventures. “The whole region is cloud forest, and the Gocta Waterfall is one of tallest in world and was discovered in the past century.” From there, you can take a cable car over to Kuelap, which “nobody goes to yet,” although it has a nice place to stay in Gocta Lodge. From there fly to Arequipa (the airport for Kuelap is Jaen) to say for two or three nights to “really soak in an authentic and charming colonial city—they call it the white city as all building were built with a locally harvested unique volcanic stone called sillar—that’s more off the beaten path than Cusco.” 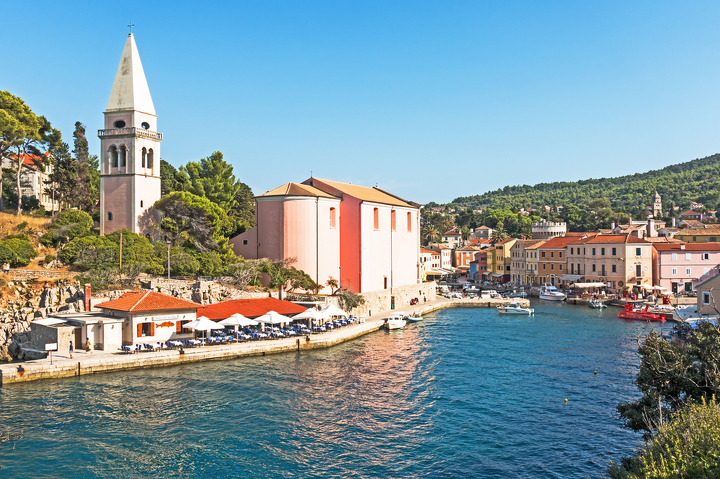