Some say that Central Asia is home to the most dogged businessmen, since doing business under favorable conditions is only half the battle. Just a few entrepreneurs manage to survive under the constant onslaught of government agencies, high risks and an unstable political situation. One good example is Full Mobili, a company helmed by Kyrgyz businessman Bolotbek Isakhunov. Over the 23 years of the company's existence, it went through many phases, but still managed to remain a symbol of high-quality furniture Made in KG The company dates back to 1996 in Italy, when Bolotbek Isakhunov met Italian businessman Giancarlo Amante, who was already producing high-quality international-class furniture. Knowing that products of that quality were not yet available in Kyrgyzstan, Bolotbek Isakhunov proposed opening a Kyrgyz-Italian company in Bishkek. After the collapse of the Union, imported furniture caused a furor in the local market and immediately won the trust not only of retail customers, but also large-scale clients.

Every business strives to reduce costs and lure the customer at a more attractive price. For “Full Mobili” this has become even more important, given that logistics make up a significant proportion of the costs. The solution to the problem was the transfer of production from Italy to Kyrgyzstan. Advanced technology for furniture production was transferred to the Bishkek Free Economic Zone, significantly reducing production costs and making the company more mobile.

Full Mobili continues to be known for its original individualized approach. This is confirmed by numerous letters of appreciation and letters of recognition from various ministries and departments of Kyrgyzstan, as well as neighboring countries. Nevertheless, the furniture itself affirms the quality more than any certificates or testimonials.  Wherever you go, whether the office of the mayor or government representatives, you will see Full Mobili furniture. The American Gansi airbase became one of the first and largest customers of the company. In addition, Full Mobili won a tender for the supply of furniture for the Asian Development Bank. These successes are due directly to the unique production technology.

Entrepreneur with a Capital “E”

When talking about one of the most successful companies in Kyrgyzstan, that has remained at the top for over 23 years, it’s impossible not to mention Bolotbek Isakhunov himself, the founder. By nature, he is a very modest person, but in his circles he is known as one of the first businessmen in Kyrgyzstan who was not afraid to do business after the collapse of the Soviet Union. The furniture industry is not the only sphere that Bolotbek has mastered, he also founded one of the most famous branded clothing stores in the center of Bishkek, and is engaged in real estate in the United States.

In addition to his core business, he actively supports the business community in Kyrgyzstan, acting as an expert and consultant to business protection working groups.

“Kyrgyzstan has gone through two revolutions and an economic crisis. This indisputably affected domestic entrepreneurs. But what we saw after the revolutions and after the looting could not leave us unaffected. We saw how the business suffered after all this, and this caused a feeling that we, entrepreneurs, should be united, protect each other. This is an incomparable feeling when you see how more and more people join you, sign up for the watch and volunteer to defend conscientious businessmen. It arouses a feeling of brotherhood. After everything that happened, I still have a desire to protect the business, contribute to its growth and find a common language with state bodies, ”said Bolotbek Isakhunov.

Full Mobili has a culture of helping others. Not only charitable giving to the people in need, orphans, and the elderly. Help is also provided to fellow businessmen. For example, preparation for the Dubai International Expo 2020, the largest international event in this area, is important for each country, as it provides an opportunity to demonstrate its business advantages to the whole world. “Full Mobili” could not stay away from helping the Chamber of Commerce in preparation.

“Bolotbek Isakhunov’s company was one of the first to provide sponsorship to the Chamber. “Full mobili” is included in the Register of reliable partners, which is a sign of their dependibility, integrity and stability of the enterprise. The head of the company, Bolotbek Isakhunov, is an active participant in the House’s Committees on attracting investments, supporting small and medium-sized businesses, business forums and discussions, ”the leadership of the Chamber of Commerce and Industry noted. Bolotbek Isakhunov believes Kyrgyz businessmen are some of the most hardened to challenges. He knows this firsthand, because his business has repeatedly experienced difficult times and developed in an unstable political and economic situation. In the context of the crisis that the pandemic brought, businesses need help from the state, but help may not be forthcoming.

“The nature of our business is that we survive all the time: we survived the crisis and the two revolutions, we have to compete not only with our colleagues, but also under pressure from government agencies, officials, as well as the politics of neighboring countries. Nonetheless, the business is adapting. We have seasoned entrepreneurs. I think that they don’t need to rely heavily on the help of the state, but again adapt and remember the constant principle of business in Kyrgyzstan: “The main thing is for them not to hinder us,” Bolotbek Isakhunov noted.

Full Mobili is not just a brand, it is a mark of quality. Due to this recognition, the company is gaining more and more new customers from neighboring countries. Kazakhstan is no exception. Over the years, “Full Mobili” has secured a database of trusted customers from Kazakhstan, and management is considering expanding production to meet that demand.

“Our customers from Almaty, Shymkent and other countries pushed us to open a branch in Kazakhstan. While we are discussing all the details, we are negotiating, but I can say for sure that there is interest from the clients. For our part, too, since we are comfortable working with a database of trusted customers. And the Kazakhstan market is much larger than ours, so it would be very interesting for us to expand our borders there,” said the head of Full Mobili. 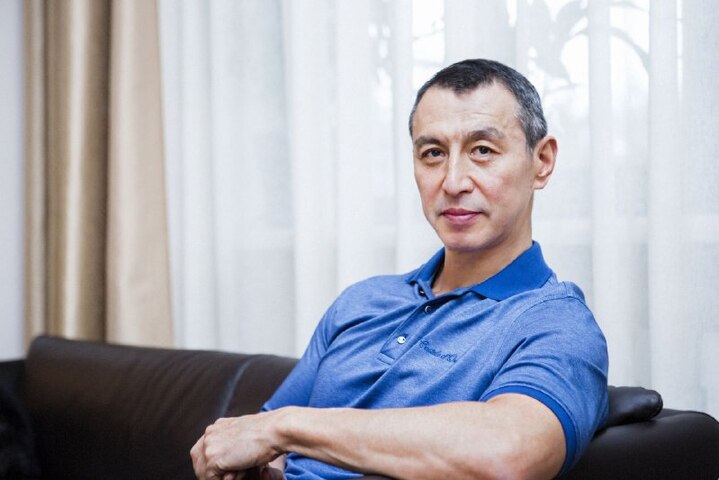