For most business professionals, success depends on building relationships. Although some people are “solo contributors,” bringing some phenomenal, unique skill or talent to bear for the world, most of us need others to succeed. We need to build a network. Relationships require getting to know people, understanding their needs and wants and desires, and sharing the same about ourselves. But relationships don’t start “deep.” We wade into relationships, starting at the shallow end, with small talk Relationships begin with that key moment when we make a first impression. Sometimes that moment occurs when we meet a potential client on a sales call. Other times, it’s when we interact with dozens of people in a short amount of time, such as at a conference. As with many things in life, getting started is often the hardest part. Here are three steps to engaging in small talk.

1. Start with what is immediately in front of you

15 Things Never, Ever To Do At A Business Lunch

What are the rules for business lunches in 2017? Many people aren't sure wh... →

Small talk doesn’t have to be difficult. Don’t overthink it. Just start with what is most immediate to you and the other person in the conversation.

If you have just arrived at a client’s office and it’s raining outside, comment on the weather.  “I’m glad I remembered my umbrella this morning. It’s really pouring out today.”

If you have never been to the person’s office before, complement the setting. “Nice office space. How long have you all been in this building?”

If you are standing in front of the buffet at a charity function, a simple, “This is quite a spread they have put out,” is all it takes to get the conversation started. After the other person’s reply, a simple, “How long have you been connected to this group?” takes you to the next level of the conversation.

I just returned from attending a conference with about 300 other people, some of whom I have known for years, and many of whom I was meeting for the first time. Everyone arrived on Sunday and left early Wednesday morning. As we all met up at various events and venues on Sunday, every conversation started with, “When did you get in?” And on Tuesday night, at the invariable moment in any conversation when you run out of something to say, someone would ask, “What time do you head out tomorrow?” They are simple, unchallenging questions, that launch or restart a conversation.

When meeting someone new, “How was your flight in?” segues easily to, “Where were you coming from?” followed by, “Great. Are you a native of Minneapolis (Denver, Long Island, Atlanta)?” Some people feel that these superficial conversations are pointless or insincere. I suggest the opposite. Keep the end goal in mind. You are trying to build a relationship with someone and you have to start somewhere. Perhaps you don’t care where the person lives or how long they have lived there. But you do care about getting to know this person, either so you can find a way to work together, or just to build connections with others, a goal in and of itself. Starting the conversation is the first part.

2. Take your cues from the other person about where they are comfortable taking the conversation

The first few weeks of a new job are easy in some ways, difficult in others... →

Being able to take the conversation from one point to the next requires you to be a good listener. If the person’s tone of voice, or facial expression when they say, “I’m from Des Moines,” tells you they love everything Iowa, ask them questions about Iowa. “How long have you lived there?” or “Is your family from Des Moines?” or “Hawkeyes fan?” - whatever seems appropriate. Just don’t go in over your head. (Personally, I avoid the sports references, since I don’t know anything about sports. I had to ask my wife who the Iowa teams are).

If you’ve just met a potential client at her office and asked, “So how long have you been in this space,” if the person says, “The company’s been here for years, but I just moved over to this location a few months ago,” she has just primed the conversation for you to ask, “Where were you before here?” Now you’re into a conversation about her work history. Continue to listen carefully and take the conversation to the next step.

Very often people are concerned about small talk because they think they won’t have anything interesting to say. Accept that as you get started with the more perfunctory parts of the conversation, you’re in the same league as everyone else.

5 Most Beautiful Coworking Spaces In The World

The number of coworking spaces in the world has grown significantly in rece... →

The impact of the weather on you, or where you’re from, or a bit about your work history, is as interesting as the same facts about anyone else. As you get deeper into the conversation, and you listen for clues as to what interests the other person, chances are they are doing the same. Between the two of you, you’ll think about what you know about the topics the other person raises. Keep listening. Now, focusing on what’s right in front of you means listening to the topics and comments the other person mentions. They’ve just told you what’s important or interesting to them, and, de facto, what should be most interesting to you at the moment. Engaging in effective small talk requires a certain suspension of self-focus, and an effort to learn more about the other person.

In summary, if you want to get better at engaging in small talk, start with what’s right in front of you, listen to the person’s responses, and be comfortable knowing that you are just as interesting as they are (even if you don’t know anything about sports). 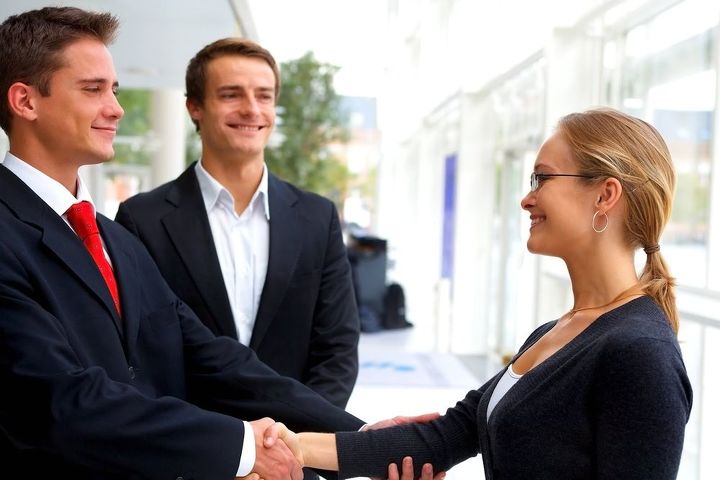