The ongoing conflict in Syria has much in common with the Thirty Years’ War, which devastated the heart of Europe – particularly the German city of Magdeburg, the Aleppo of the time – from 1618 to 1648. Viewed from a distance, the war was a succession of conflicts that visited immeasurable suffering upon Europe’s population, ending, with the Peace of Westphalia, only when all of the parties involved had become utterly exhausted The Thirty Years’ War was nominally a religious conflict between Catholic and Protestant Christians, just as the main divide in today’s Middle East is between Sunni and Shia Muslims. But, as in Syria today, religion masked a deeper struggle for power and regional dominance.

A Greener Grid for East Asia

The Syrian war started during the Arab Spring, after Syrian protesters called for democracy and an end to President Bashar al-Assad’s dictatorship. But it soon became an international affair. Iran and Hezbollah, the Lebanese Shia militia it supports, along with Russia, intervened militarily and prevented Assad’s fall to rebel forces, which were backed by Turkey and Saudi Arabia, representing the Sunni side of the divide.

Meanwhile, the war had also expanded to include a US-led campaign against the Islamic State (ISIS). And when ISIS was defeated last year, another conflict, this time between Turkey and Kurds in Northern Syria, quickly ensued. Now, the US-allied Kurdish YPG (People’s Protection Units) fighters who proved indispensable in the fight against ISIS are being targeted by Turkey, which raises the possibility of a direct military confrontation between two NATO allies. Moreover, there is also a growing risk of a confrontation between the US and Russia, underscored by recent reports that a US airstrike killed dozens of Russian mercenaries in Syria.

How Markets Are Reacting To Saudi Arabia's Detentions

In Saudi Arabia this weekend, a torrent of big news events, including the d... →

With every new chapter, the Syrian tragedy seems to get more dangerous. The conflict is no longer about who holds power in Damascus, but about who holds hegemony in the Middle East. The struggle is not only between Russia and the US, but also pits Shia Iran against Sunni Saudi Arabia, which has increasingly aligned itself with Israel, another US ally.

Turkey, for its part, is driven primarily by the fear that a Kurdish state will be established in Northern Syria, which could encourage separatist Kurdish factions in Southeast Turkey. Indeed, the Kurds in Northern Iraq (Kurdistan) have already been vying for their own state, and even held an independence referendum last year.

Finally, Israel, the region’s military superpower, has its own security interests in Lebanon and southern Syria. Until recently, Israel had mostly kept out of the war. But it has had to intervene from the air to block arms shipments from reaching Hezbollah, and to prevent Iran from establishing a presence near its northern border.

Israel’s involvement increased earlier this month when it shot down an Iranian drone that had entered its airspace from Syria. When Israeli warplanes responded by striking Iranian targets in Syria, one was downed by Syrian antiaircraft fire (the pilots reached Israeli territory safely), prompting Israel to strike Assad’s forces directly.

What You Need To Know About Qatar's Crisis

Amid political and economic turmoil, Qatar has closed its two helium produc... →

As these events unfolded, it quickly became clear that Israel could not rely on the supposed special relationship between Russian President Vladimir Putin and Israeli Prime Minister Binyamin Netanyahu. Russia proved either unwilling or unable to control Iran. So, whether it likes it or not, Israel is now an active player in Syria.

It is precisely on this front that another war could ensue, this time between Israel and Iran. Such a conflict would serve neither party’s interests, but it is easy to see how it could happen anyway, given the current realities. Israel simply cannot stay out of the conflict while Assad’s regime, Russia, Iran, and Hezbollah secure a military victory. The facts on the ground are fundamentally threatening Israel’s own security, and dramatically strengthening its enemy, Iran.

A war between Iran and Israel (with Saudi Arabia in the background) would imperil the entire region, because it would be yet another front in the battle for hegemony. But Europe, too, would be directly affected, and not just because a larger conflict would send even more refugees north. With US President Donald Trump threatening to sabotage the Iran nuclear deal, Europe could find itself with a dangerous arms race – or even another great war – unfolding not far from its borders.

Given these dangers, Europe can no longer afford to watch from the sidelines. Europeans must defend the Iran nuclear agreement for the sake of their own security. And because the European Union has longstanding obligations to Israel, it must not allow a violent hegemonic struggle that would directly threaten Israel.

Now, more than ever, is the time for European diplomacy. With another great war looming in the Middle East, European leaders must act. 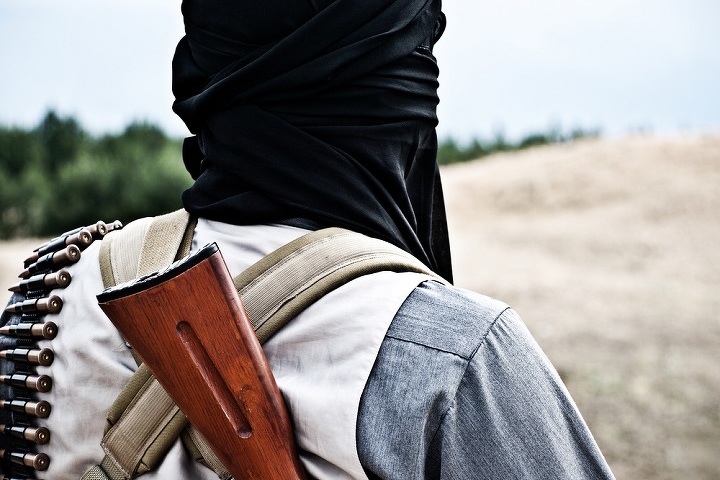