The length of existing Almaty metro line from «Raimbek station» to «Western station» will be 20 km by the end of 2025. But length of existing ground railways from «Almaty-2 station» to «Heat power station TEZ-2» is 25 km. To close the full metro ring circle, it will be necessary to construct a double-track railway insertion of 30 km and build about 15 new metro stations on the ground. KTZ has plans to extend single-track section from «Almaty-1» to «Almaty-2» with an additional double-track line insert. This insertion must be retrofitted with metro subway platforms and third rail electrification, plus equipped with joined signaling system.

In the past, a radical closing scenario of «Almaty-2» railway station in the city center and use of remaining «Almaty-1» station has been discussed. At the same time, there are high-cost plans to extend underground metro under residential buildings along Seifullin Avenue from «Raiymbek station» to «Almaty-1» station. However, it would be more rational to use existing railway track along Suyunbai Avenue, expanding it with double track insertion and electrifying within metro third rail solution. According to the city's plans, construction of the metro stations «Kalkaman» and «Western station» next to «Altyn Orda» market, is going to be completed by the end of 2025. Hereby, the metro line comes very close to existing railway track of the «Heat power station TEZ-2» on the western side of Almaty.

BEIJING/WASHINGTON, DC – Four years ago, we argued that the rise of electri... →

From the eastern side of the city «Raimbek» metro station is already connected with railway track to «Almaty-1 station», that is why metro line construction should be extended and circled in ring after «Western station», building a full circle connection with existing railway track «Heat power station TEZ-2» - «Burundai».

Technical implementation of metro ringing is only possible by close cooperation between Akimat and KTZ. At the very first stage, the connection of the metro with railway section to Almaty-1 should be associated with the project of insertion of second track on the section between Almaty-2 and Almaty-1, as well as integration of signaling systems and electrification

After railway stations transfer of the «Almaty-1» and «Almaty-2» from balance of KTZ to the ownership of Almaty City, the stations were significantly modernized. Same for the future new ground-based metro stations «Baum Grove», «Burundai», «Industrial zone», «Heat power station TEZ-2», which will improve the areas and recreational zones around metropolitan stations. 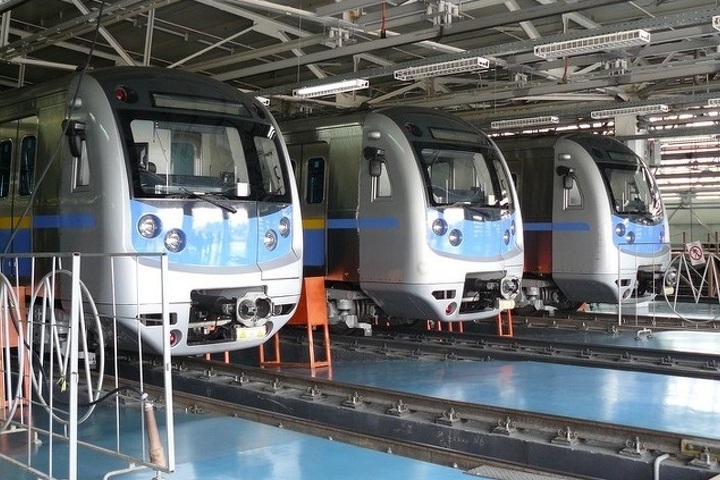