When Eric Bahn, Elizabeth Yin and Shiyan Koh set out to launch Hustle Fund in 2017, they felt well-positioned for success. Friends from Stanford University, they brought experience from accelerator 500 Startups, Instagram and NerdWallet, and their approach — writing $25,000 checks to startups and performing due diligence after the fact — seemed like a novel twist on traditional venture capital. They were in for a shock “I think as a first-time fund manager we completely underestimated how non-differentiated we were,” Bahn tells Forbes. Nice pitch deck for seed investing, they heard back. Join the list. To stand out with its now $30 million-plus second fund Hustle’s partners are highly active on Twitter — a social media service Bahn had quit before the need to self-market became clear — penning threads on ownership stakes and company-building and generally mixing it up with their peers. And some flavor of that strategy is increasingly table stakes for micro-fund investors looking to compete in a VC market awash with capital, with new entrants like Turner Novak’s early-stage fund Banana Capital and Li Jin’s passion economy-focused Atelier Capital both making recent waves (not coincidentally, each boasts around 70,000 Twitter followers).

For those taking the pulse of the venture market from the online discourse, micro VCs seem everywhere. But the data suggest a different story: there aren’t more of them — they’re just amplified, using specialized approaches and savvier Internet distribution to punch above their weight. “For those who are raising now, there is a different breed of VC,” Bahn says. We have no choice but to be self promoting. Gone are the days that you just needed to raise the capital and people will come to you.”

Micro funds — defined as sub-$50 million, or sub-$100 million vehicles to invest in startups — have at best held serve with the industry overall by volume, according to PitchBook data revealed first in the Midas Touch newsletter. Such pools made up 51% of funds closed in 2020, down from 58% of funds closed in 2010. And with mega-funds throwing large sums at private companies, such funds represented only 6% of capital raised overall in 2020, down from 14% a decade before.

Those numbers are a surprise to practitioners themselves. “Are you sure there are fewer funds today than 5+ years ago?” Ryan Hoover, the Product Hunt co-founder and Weekend Fund founder, responded in an email. Nate Rodland, a general partner at micro fund Elefund, says he was surprised by that too, especially when comparing his investing now to his experience on the other side of the table raising early-stage capital as a Robinhood founder in 2013. And to be sure, one limit of PitchBook’s data is that this total doesn’t include the industry’s network of angel investors, which is somehow also seeing a decline in activity, or alternative small financing solutions like rolling funds or evergreen vehicles.

According to PitchBook analyst Joshua Chao, there are a few possible explanations for the disconnect. The top one: a PR-heavy playbook more reminiscent of Miami’s mayoral office than the stuffy VC firms of old. That’s in part due to the evolving nature of who is backing such funds as their investors, known as limited partners. While large VC firms might pitch a university endowment or pension fund like the Texas County and District Retirement System, emerging fund managers are increasingly turning to fellow venture capitalists, startup founders and angel investors as their investor base. “I think micro funds and seed-stage funds rely heavily on PR,” Chao says. “It does come through the news cycle that he or she is starting a micro fund because that’s really instrumental to raise capital.”

Such supporters are then unsurprisingly more vocal when a new fund does get announced, says Nikhil Basu Trivedi, co-founder of VC firm Footwork, which announced a $175 million fund in April. “When these funds get announced those GPs are blasting their LPs, ‘We are announcing the firm, let's talk about our launch,’’' he says. “It's the same as entrepreneurs who are building companies talking to their investors. That is just happening on both sides of our ecosystem and the echo chamber of Twitter makes it a lot more public.”

A big online presence is also increasingly important to get noticed by entrepreneurs as big funds go earlier, Chao says, noting that multi-billion dollar in assets firms like Andreessen Horowitz and Tiger Global will now back early-stage startups alongside their much bigger checks. Just one $1 billion fund closed in all of 2010, by comparison. The percentage of funds under $50 million has been declining for years, funds smaller than $100 million are seeing the same trend

Another key tactic for micro-funds that can make them more visible: they’re specializing to stand out. Take AllerFund, currently raising a $20 million fund to focus on early-stage companies tackling food allergies, or Preface Ventures, a $23 million fund that targets enterprise infrastructure companies started by former engineers. Others focus based on geography, such as TampaBay.Ventures, a $20 million vehicle for founders in Tampa Bay, Florida, or Cortado Ventures, a $20 million vehicle focused on Oklahoma. And a growing number of funds are focusing on traditionally under-represented founder groups, such as Sixty8 Capital, which invests in Black entrepreneurs, or XFactor Ventures, a group focused on backing women CEOs.

“Micro funds tend to have a very specific idea of what they want to invest in,” Chao says. “Saying, ‘hey, we just raised a fund looking at ESG or first-time founders in Brazil,’ it gets a little more news.”

This shift to specialization does more for the industry than just draw attention. “The positives definitely outweigh the negatives in this case,” he says. “There can never be too much capital. Not every startup is the next Stripe or Uber; they may not have this lofty vision.  They may not be able to attract capital from the largest VCs. Funds specific for female founders and people of color, specifically, target these startups to get them on a level playing field and equalize a lot of the capital.”

And specialist micro VCs can provide expertise and funding for startups in areas that aren’t traditional hotbeds of investor interest. At Lever VC, Nick Cooney has spent more than 15 years in the alternative protein market, watching generalist VCs get burned backing companies without expertise in the category’s complex business dynamics and science. In 2018, he co-founded Lever with Lawrence Chu, the former founder and chairman of BlackPine Private Equity; they track 1,600 alternative protein startups and boast an in-house scientist to conduct due diligence on opportunities. Lever is more than happy, he says, to share deal flow and its expertise with generalist co-investors as companies grow.

“In the cultivated meat space, if an investor is looking at a particular company that they read about in the media, they will hear how that company represents their advantages and strategy,” Cooney says. “Unless they understand what all the other cultivated meat companies are doing, it’s hard to assess that statement.”

And at women’s healthcare-focused fund FemHealth Ventures, co-founder Maneesha Ghiya says she’s working to back companies that take the category beyond OB-GYN-related innovations. A 20-year investment veteran of ExSight Ventures and Highline Capital, Ghiya launched FemHealth Ventures with Noraan Sadik, in late 2020. “When I speak with founders, they are excited because they say, ‘We spend a fair amount of our presentations saying what the category is and how it is treated today,’ and for us they can skip all that,” she says. “We can recognize companies and evaluate them more efficiently and effectively.”

Such domain expertise will typically be welcome by other investors, too. At Bowery Capital, an enterprise software-focused firm, founder and managing partner Mike Brown says the firm will welcome, or even seek out, specialists to fill out a funding round. He cites Klir, a Canadian startup that monitors compliance data for the water utility industry. While Bowery can offer Klir’s foundersCK guidance on launching a B2B company, the firm’s staff aren’t experts in water systems or public utilities, Brown notes. So in Klir’s $3.1 million seed round raised last November, Bowery sought out several specialists in government contracts and utility management to bring into the deal. “I struggle to think that five to 10 years ago that I would be able to find those people,” he says.

So while micro VC funds may not be as prolific as they seem, if anything, many in the venture industry would welcome more. In a way startups themselves, they take advantage of many of the same tactics as the companies they’re backing to make a splash. While being the noisiest fund in the market isn’t the best investment strategy on its own, no one seems eager to turn the volume down. “It’s so exciting I think largely because the social contract is evolving between founders and their investors,” Bahn says. “A decade or so ago I’d make the case that venture capital felt far more like a commodity. Now that more operators are entering the mix as emerging managers, the expectations that founders have of value has changed. It’s great to see new diversity of thesis.” 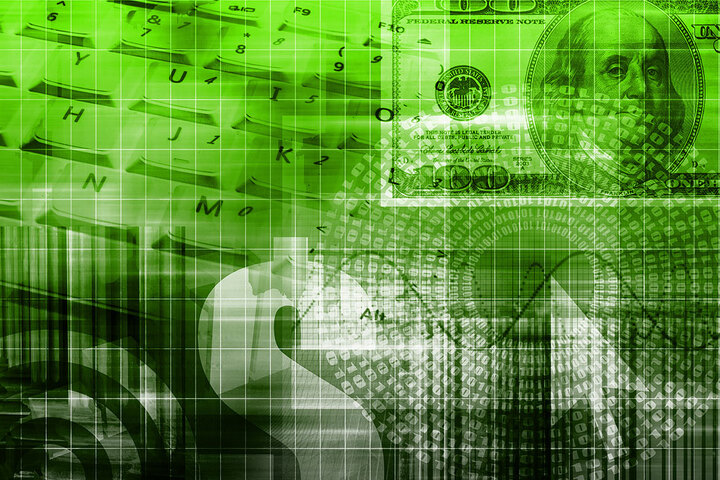