A market frenzy has pushed the shares of the Grapevine, Texas-based video game retailer up more than 3,000% in just a few months—far, far outsripping the market as a whole. A once-dormant brick-and-mortar retailer with sagging sales, GameStop was worth $300 million in August 2019. Today it has a market cap of almost $20 billion. Nobody knows what it’ll be worth tomorrow GameStop has not invented an addictive new gaming platform. GameStop has not rolled out an awe-inspiring online gaming delivery service. GameStop is a store at the mall. That doesn’t bode well for revenue, given that state governments have imposed rolling lockdowns and stay-at-home orders to limit the spread of Covid-19. And yet here we are.

So why the fuss? It comes down to a biblical battle between staid Wall Street types and an exuberant bunch of small-time, internet day-traders. And right now, David is crushing Goliath. Understanding when GameStop’s crazy ride will end—and it will end, in tears most likely—is another matter altogether.

The problem is pretty clear. As GameStop explained its own 2019 annual report, the gaming industry is moving online, and teenagers today aren’t buying video games in stores when they’re available without delay over the internet.

“Browser, mobile and social gaming is accessed through hardware other than the consoles and traditional hand-held video game devices we currently sell,” said the report. ”It may take significant time and resources to respond to these technological changes and changes in consumer preferences. Our business and results of operations may be negatively impacted if we fail to keep pace with these changes.”

Investors concurred and bet against GameStop.

GameStop was a sinking ship.

Some notable investors were betting that GameStop’s price would fall further. They did this through a process called short selling.

Normally, savvy investors buy stocks at low prices, hold the stocks and then sell them at high prices on a later date. The whole idea is that you think a particular company is poised for big future growth, like Tesla, Inc. (TSLA), so you buy and hold the stock.

Short selling takes the opposite approach. You borrow shares of stock from a big institutional investor (for a small fee), sell the shares at the current market price and then wait for the price to decline. Once the price of your target stock falls low enough, buy back the shares, return them to the lender and pocket the difference.

It can be challenging to wrap your head around short selling, but it’s a simple concept: Investors are betting that a stock will fall in value. Online brokerages offer lists of shares that may be borrowed to sell short, but it’s a risky undertaking—especially if your targeted stock instead of dropping in value gains hundreds or even thousands of percent in a very short period of time.

At the beginning of September 2020, TheStreet.com called GameStop “one of the most heavily shorted stocks in the market,” after its shares had been sliding lower for years. At one point last year, more than 100% of outstanding GameStop shares were being sold short.

But over the next four months, GameStop’s shares began creeping higher—not something a short seller would like to see. Why the sudden turnaround on an increasingly self-avowed obsolete videogame retailer?

The GameStop death watch did not sit well with one group of investors. These traders were not the Masters of the Universe or Wall Street sharks shorting the stock. Rather, they were anonymous investors who congregated on Reddit’s WallStreetBets forum, a chat room dedicated to discussing the stock market.

According to Bloomberg News, members active on WallStreetBets had been making a case for buying shares of GameStop for the last two years, claiming the stock was undervalued. Over time, higher profile investors started to take notice, including Michael Burry, the famous short seller from Michael Lewis’s book “The Big Short.”

In August 2019, Burry told Barron’s he thought GameStop’s balance sheet was “actually in very good shape,” asserting that it could generate enough cash flow to justify a “much higher share price.”

By April 2020, the WallstreetBets crowd came around to the idea of buying the stock en masse, in an effort to force the price of the shares higher. Investors piled on, using call options to goose their returns. Even Elon Musk got in on the action in his cryptic way.

One look at the GameStop stock chart tells you everything you need to know about how the short sellers are doing. Remember, they bet that the stock’s price would fall—hopefully to zero.

GameStop’s rally exposes one of the problems with short selling: Your losses can be infinite. When you bet a stock will go up, your potential losses are capped, as the most a stock can do is go to $0. But with short selling, you’re exposed to potentially limitless losses—because a stock can make infinite gains. And some short sellers like to use borrowed money in their trades, putting them at risk of crushing margin calls.

So for now, Main Street is beating the stuffing out of Wall Street.

Should You Buy GameStop?

In a word, you should probably keep your investing dollars away from GameStop and just watch the show from afar.

Flummoxed short sellers are begging people to look at the company’s (terrible) fundamentals, which is fair. But you could say that GameStop has turned into a MacGuffin—neither the company nor its business fundamentals matter. By this analysis, this stock has become a battlefield between the professional investor class and the neophyte Robinhood traders. Remember Hertz?

Short selling or fighting the shorts with risky options trading makes for great stock market theater, but it’s not a good habit for the average investor. Nobody knows where GameStop is headed and when it might get there, and that’s the case with all stock stories. And yet there’s no shortage of analysts, professionals or Reddit commentators who claim to know the where and the when.

They’re not bad people. As Fred Schwed Jr. wrote in his hilarious Wall Street memoir “Where Are the Customers’ Yachts?,” “I doubt if there are many, or any, Wall Streeters who sit down and say to themselves coolly, ‘Now let’s see. What cock-and-bill story shall I invent and tell them today?’”

Investing is not about trying to turn a short-term profit—that’s just speculation. If you want to speculate on GameStop or Bitcoin, go ahead, just be prepared to lose your entire bet. Investing is the slow, tortoise-like enterprise best served by buying low-cost diversified index funds that you know will help you retire securely. 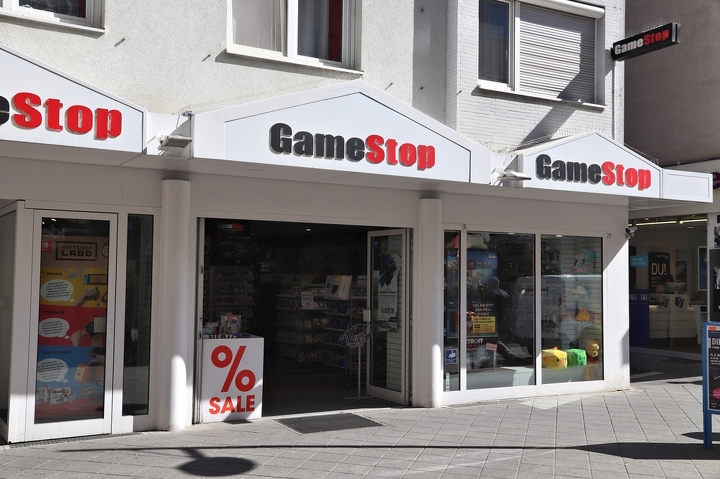