Glovo’s cofounder and CEO Oscar Pierre has big plans for the “delivery anything” courier app after raising a $530 million round, smashing its own record for the largest fundraise in Spain.

Pierre, 28, wants to take the Spanish unicorn to at least 10 new countries in the next 18 months, while rolling out a network of hundreds of “dark stores” used to ship groceries, electronics and prescriptions within a 10-minute window.

One option not on the table for Barcelona-based Pierre was a sale of the six-year-old business that has grabbed the top spot for the food, and now grocery delivery market, in parts of Europe and the Middle East. Glovo’s acquisitive investor Delivery Hero, which took part in the Series F round, snapped up its Latin American operations last year in a $272 million deal and has bought out scores of smaller delivery apps.

Pierre said investors were clear on his timetable to push for an initial public offering in the next two to three years but Deliveroo’s IPO flop, the worst first-day debut for any London-listed stock, had given him reservations about raising capital from public markets.

“It’s not that we want to be a public company now and I look at what’s happening now with Deliveroo and that’s not a situation that I would like to be in, so many headaches, so many distractions,” said Pierre. “But it’s also the path to take if your ambitions as a founder is to have one of the biggest, sustainable tech companies in Europe.”

Deliveroo’s business strategy and the pricing of its IPO played a role in its disastrous first-day trading which saw billions wiped from its valuation, said Pierre. “I think the main issue was that it was very overpriced compared to many other competitors; it was even more expensive than DoorDash. It’s an ok asset but they don’t win anywhere...I don’t know any market where they are number one,” said Pierre, who pulled Glovo out of Turkey and Egypt and Latin America after failing to gain enough traction.

The labor issues and protests from couriers that overshadowed Deliveroo’s IPO have also weighed on Glovo. Spain’s Supreme Court ruled last September that Glovo’s riders should be classed as employees rather than freelancers. Pierre said he was willing to work with Spain’s labor ministry when it releases its new guidelines for the gig economy. “My hope is that they follow I think, what, what other countries like France, Italy seem to be working on, which is freelance with increased rights and increased protections,” said Pierre, a Forbes 30 Under 30 alum.

The growing storm across Europe over the rights of gig economy workers comes amid a torrent of venture capital flowing to startups promising super-fast grocery and shopping delivery. Pierre sounded a note of caution for Glovo’s would-be rivals like Turkey’s Getir, Germany’s Gorillas and Finland’s Wolt.“I think people are being optimistic on the economies of this model. We have been running this model for three years and it is very tough with very thin margins, and negative margins until you optimize a lot of things,” said Pierre, who predicted a shakeout of winners and losers in the next 12 months.

The loss-making startup has ridden a boom in orders over the last year with Europe’s restaurants and stores shuttered by lockdown laws but with Spain and Italy hit early in the pandemic it was forced to raise a $141 million (€120 million) convertible loan from investors. Pierre said the loan from Luxor Capital and Lugard Road Capital, affiliate hedge funds which were the led investor in its latest round, helped bridge a “very scary” three-week period when orders dried up and its partner restaurants were closed. 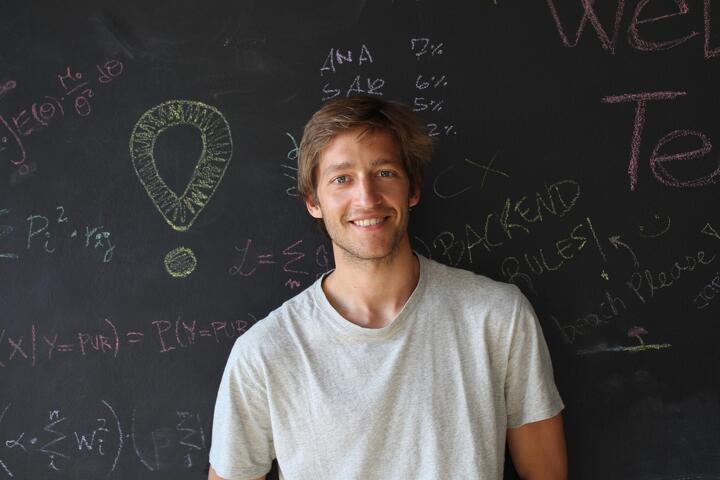