Twitter plans to ban political advertising on the platform next month, according to the company.

The ban–which include both issues-based ads and ads from specific candidates–is a major change in policy for the social media company, which has been a longtime destination for both political news and political discussion over the past decade. In a tweet on Wednesday afternoon, Twitter CEO Jack Dorsey said the company will halt all political ads globally starting on Nov. 22, explaining that “political message reach should be earned, not bought.”

“A political message earns reach when people decide to follow an account or retweet,” Dorsey wrote in a tweet. “Paying for reach removes that decision, forcing highly optimized and targeted political messages on people. We believe this decision should not be compromised by money.”

He added: “While internet advertising is incredibly powerful and very effective for commercial advertisers, that power brings significant risks to politics, where it can be used to influence votes to affect the lives of millions.”

Political spending only accounts for a fraction of Twitter’s overall ad revenue. The company had previously disclosed that political ad spend during the 2018 U.S. mid-term elections totaled less than $3 million. (For comparison, last week Twitter reported $702 million in ad revenue during the third quarter of 2019.) Twitter Chief Financial Officer Ned Segal said the decision to ban political ads was “based on principle, not money,” adding in a tweet that there will be “no change” to the company’s fourth-quarter earnings guidance.

Twitter had considered banning only ads bought by specific candidates. However, Dorsey said issues-based advertising would have made it too easy for candidates to still get around the company’s new policy, which will be published on Nov. 15 before going into effect a week later. He also called for more “forward-looking political ad-regulation,” which he acknowledged is something that’s “very difficult to do.” In the past two years, some U.S. lawmakers have introduced legislation to make online political ads more transparent, but so far the bills have received little traction in Congress.

The timing of the news is especially timely given that rival Facebook has faced widespread criticism both inside and outside of the company for refusing to remove false political ads from its own platform. Facebook CEO Mark Zuckerberg has defended the decision by saying the company doesn’t want to be responsible for defining truth.

Despite an internal letter signed by hundreds of Facebook employees protesting Facebook’s decision avoid moderating political ads, the company has continued to defend its position. In a Facebook post earlier today, Campbell Brown, Facebook’s head of news partnerships, wrote that it’s the role of the media to fact check political ads and not Facebook’s.

“I strongly believe it should be the role of the press to dissect the truth or lies found in political ads - not engineers at a tech company,” she wrote. “I also believe that in building out a destination for news on Facebook, we should include content from ideological publishers on both the left and the right - as long as that content meets our integrity standards for misinformation.”

Some lawmakers have expressed frustration with Facebook’s decision, too. In a letter to Zuckerberg yesterday, U.S. Sen. Mark Warner, D-Virginia, urged Facebook to reverse its decision. He also asked Facebook to clarify how it defines a “politician,” and asked what measures the company has in place to prevent abuse of the definition.

“In making strides not to continue contributing to the coarsening of our political debate, and the undermining of our public institutions, at a minimum, Facebook should at least adhere to the same norms of other traditional media companies when it comes to political advertising,” Warner wrote.

In explaining the decision to remove political ads on Twitter, Dorsey also pointed out that “this isn’t about free expression.”

“This is about paying for reach,” he wrote. “And paying to increase the reach of political speech has significant ramifications that today’s democratic infrastructure may not be prepared to handle. It’s worth stepping back in order to address.”

After Dorsey announced plans to remove political ads, Twitter’s share price fell nearly 2% before partially rebounding soon after. Around the same time, Facebook reported revenue and user growth in its third-quarter earnings, prompting its own stock price to increase nearly 3% in after-hours trading. 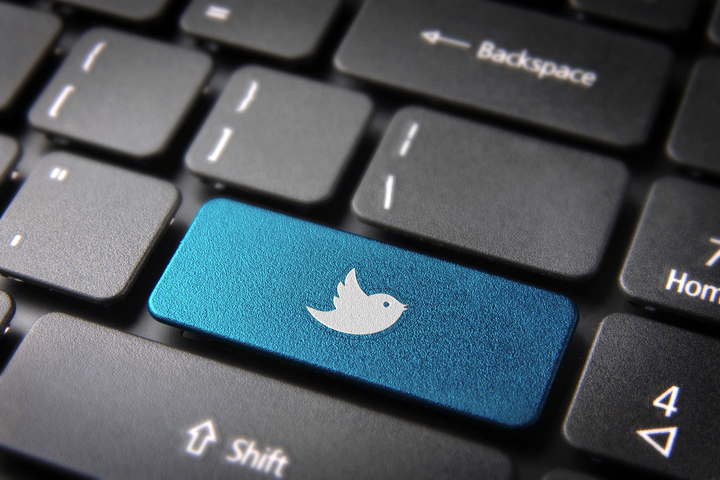