It’s now official: workers around the world are falling behind. The International Labor Organization’s (ILO) latest Global Wage Report finds that, excluding China, real (inflation-adjusted) wages grew at an annual rate of just 1.1% in 2017, down from 1.8% in 2016. That is the slowest pace since 2008 In the advanced G20 economies, average real wages grew by a mere 0.4% in 2017, compared to 1.7% growth in 2015. While real wages were up by 0.7% in the United States (versus 2.2% in 2015), they stagnated in Europe, where small increases in some countries were offset by declines in France, Germany, Italy, and Spain. The slowdown in “success stories” like Germany and the US is particularly surprising, given the former’s expanding current-account surpluses and the latter’s falling unemployment and tight labor markets.

In emerging markets, average wage growth in 2017, at 4.3%, was faster than in the advanced G20 economies, but still slower than the previous year (4.9%). Asia enjoyed the fastest real wage growth, owing largely to China and a few smaller countries such as Cambodia, Sri Lanka, and Myanmar. But, overall, wage growth in Asian economies mostly decelerated in 2017. And in Latin America and Africa, several countries experienced real-wage declines.

Moreover, the ILO report finds that the gap between wage growth and labor productivity remained wide in 2017. In many countries, labor’s share of national income is still below the levels of the early 1990s.

That raises an obvious question: Given the global output recovery of recent years, why have conditions for workers in most parts of the world not improved commensurately?

Neither of the usual suspects, trade and technology, is entirely to blame. To be sure, large labor-surplus economies’ deepening integration into the global market, together with increased reliance on automation and artificial intelligence, has weakened workers’ bargaining power and shifted labor demand into very specific and limited sectors. But these factors alone do not explain the lack of material progress for most workers.

The real reason workers are getting a raw deal is not so much economic as institutional and political. From country to country, legislation and court judgments are increasingly trampling on long-recognized labor rights.

For example, governments focused solely on improving “labor-market flexibility” have pursued policies that privilege employers’ interests over those of workers, not least by undercutting workers’ ability to organize. An obsession with fiscal consolidation and austerity has prevented the kind of social spending that could expand public employment and improve workers’ conditions. And the current regulatory environment increasingly allows for large corporations to wield power without accountability, resulting in higher monopoly rents and greater bargaining power.

In short, neoliberalism’s intellectual capture of economic policymaking across a wide range of countries, is resulting in the exclusion of most wage earners from the gains of economic growth. But this was not inevitable. China, after all, has achieved rapid wage growth, and the share of national income accruing to labor is rising, despite the country’s pursuit of trade and rapid labor-displacing technologies.

China’s success may vindicate a model advanced by the late Nobel laureate economist W. Arthur Lewis, which explains how employment in new, more productive sectors can absorb surplus labor and push up wages over all. But, more to the point, China has augmented this effect through systematic state policies designed to improve labor conditions.

As a result, the average nominal minimum wage in China nearly doubled between 2011 and 2018, and wages for workers in state-owned enterprises rose even faster. At the same time, the government has expanded other forms of social protections for workers, all while pursuing industrial policies geared toward boosting innovation and productivity growth, thus moving the country up the global value chain.

True, China’s political economy is unusual. The government’s concern for workers’ wellbeing could simply reflect the Communist Party of China’s need to secure its domestic political position. In that case, it has forged a Faustian social bargain that is typical of East Asian autocracies.

Still, if China can buck the trend of declining wage growth, other countries can, too. First, though, economic policymakers around the world will have to shake off the neoliberal paradigm, which has left them incapable of imagining alternative policy approaches. As a political project, neoliberalism has run its course. If workers are going to partake in the gains of growth once again, governments will need to start adopting more progressive policy alternatives.

Fortunately, the ILO and the United Nations Conference on Trade and Development have begun to put more sensible policies back on the agenda, as have some politicians in the US, the United Kingdom, and elsewhere. But ensuring that the economy serves the bulk of society will require a much bigger push across the board. 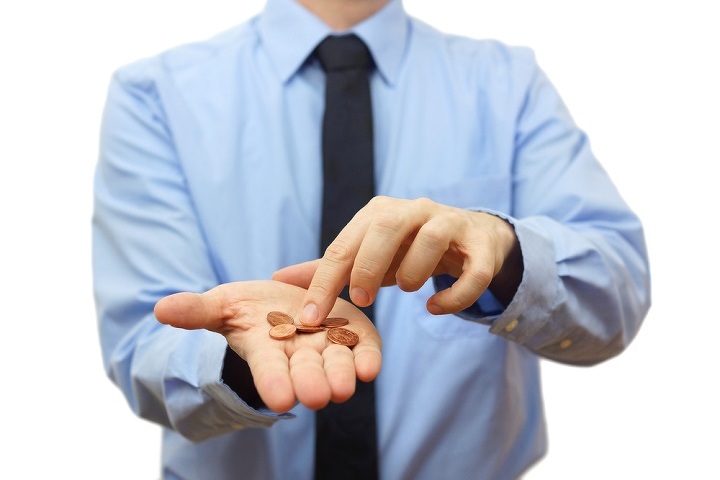