NEW DELHI – The process of selecting the International Monetary Fund’s next managing director must change. In particular, the tradition of choosing a European for the post – based on an unfair and anachronistic “gentlemen’s agreement” reached with the United States when the institution was established 75 years ago – needs to be discarded. But even more important, the IMF’s longstanding approach to lending should be transformed The Fund has a long history of policy mistakes. Yet, as Christine Lagarde’s just-completed tenure showed, it has learned little from them. Consider the case of Argentina. In mid-2018, the IMF agreed to provide the country with a heavily frontloaded three-year loan worth nearly $57 billion – the largest in the institution’s history – following a series of reckless decisions by President Mauricio Macri.

One such decision, made soon after he took office in 2015, was to strike a deal with the holdout creditors who were still fighting in US courts to be repaid in full, following Argentina’s 2002 debt default and subsequent restructuring. Another was Macri’s subsequent borrowing spree, which caused public debt – mostly denominated in dollars – to swell by more than one-third, to $321 billion in 2017.

By last year, Argentina’s fiscal and current-account deficits exceeded 5% of GDP. In the ensuing economic and financial crisis, public debt ballooned to nearly 90% of GDP, capital flight caused the peso’s value to collapse, and inflation soared. So, under pressure from US President Donald Trump (who had business ties with Macri), the IMF stepped in – with Lagarde’s active support.

The loan may have been unprecedented in size, but it had all the familiar characteristics of past IMF financing programs. In exchange for the cash, Argentina was to implement massive budget cuts, in order to balance its primary budget in 2019 and significantly reduce its external deficit. Argentina complied – and the economy steadily deteriorated.

Today, inflation is running at over 55%, the poverty rate has surpassed 30%, and output and employment are shrinking. Argentina is nowhere near the IMF’s targets for investment and GDP growth, which have already been revised twice. More downward revisions are undoubtedly coming.

The IMF has been here before. In 1998, when East Asia was in the throes of financial crisis, the Fund had to sign no less than five Memorandums of Understanding with Thailand, precisely because fulfilling all of the austerity requirements the Fund had imposed on it meant missing its macroeconomic targets.

Yet, far from learning from its mishandling of the 1990s Asian financial crisis, the IMF made the same mistakes in Europe after the 2008 global financial crisis sent the eurozone into a tailspin. In particular, instead of allowing Greece to default on its massive debts to private creditors, the IMF – together with the European Central Bank and the European Commission – lent it the money. The accompanying austerity conditions made repayment of those debts – now held by official creditors – impossible. Greece continues to struggle to this day.

In 2013, the IMF produced a report acknowledging that it had “underestimated” the effects austerity would have on Greece’s economy. It seemed like a promising portent. Yet, a mere five years later, the Fund’s apparent realization was not reflected in its deal with Argentina. Nor is it reflected in a more recent financing deal with another Latin American country.

In March, the IMF approved a $4.2 billion, three-year loan for Ecuador, as part of a plan to reduce public debt and reform the economy. In exchange, the Fund is predictably demanding rapid fiscal consolidation, through cuts to wages and public-sector jobs, hikes in energy prices, new charges for government services, and higher indirect taxes. As Mark Weisbrot and Andrés Arauz note in a report for the Center for Economic and Policy Research, these steps will likely lead to an immediate drop in GDP and cause the current recession to persist for the four years of the program.

Yet the IMF has somehow convinced itself that growth will decline only mildly in 2019, before recovering in 2020, as a huge boost in private-sector confidence – naturally brought about by fiscal restraint and privatization – leads to a surge in inward foreign investment. According to the Fund’s logic, even if employment and consumption are falling, and the economy is in recession, net capital outflows of 1.9% of GDP will turn into net private capital inflows of 4.9% of GDP in 2020.

As usual, the folly of this logic will become apparent in due course. (A floundering economy, it should be clear, is not attractive to private capital.) In the meantime, the people of Ecuador will suffer greatly, owing to rising unemployment, declining living standards, widening inequality, and greater poverty.

The IMF’s bizarre belief in “expansionary austerity” would be laughable if it were not so damaging. How can the IMF justify an approach with such a poor track record? One explanation could be a lack of accountability that permeates the institution’s bureaucracy, right up to the very top. If that’s the case, boosting accountability should be the next IMF managing director’s first order of business – that, and aligning the Fund’s lending approach with economic realities. 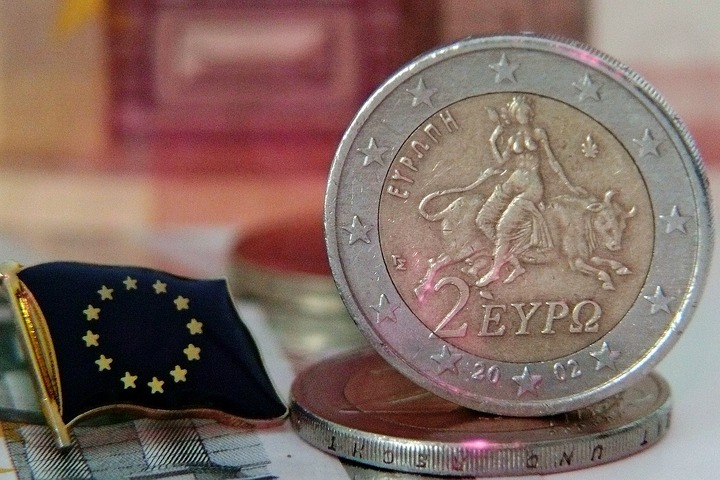