From the embers of World War I emerged a new kind of organization, led by entrepreneurs, committed to ensuring the free flow of goods across the world’s war-ravaged borders The International Chamber of Commerce, whose mission is to streamline global business, is one of last vestiges of the League of Nations, founded in 1920 by U.S. President Woodrow Wilson to peacefully settle international disputes. By 1923, following the League’s lead, the ICC had established international courts to arbitrate business disputes, and in the aftermath of WW II, it represented global business interests at the Bretton Woods conference, which established the current monetary order.

“If goods are able to move across borders without the need to be accompanied by troops,” says John Denton, the ICC’s current secretary general, “there is a higher probability of peace and prosperity.” The Paris-based group, which represents 45 million businesses in more than 130 countries and brands itself the world’s largest business organization, is now making its boldest play in a generation.

With global borders hardening once again, this time behind border walls, broken unions and looming trade wars, Denton signed an agreement with the Singapore-based blockchain startup Perlin Net Group to explore how the technology, made popular by bitcoin for its ability to move value without banks, could help the ICC continue its mission to facilitate the free flow of goods.

“We can trace back the ICC interventions that made a big impact on the global economy in the 20th century,” says Denton, who was a fellow at the Australian Institute of International Affairs before being appointed secretary general of the ICC last year. “We think this might be one which we can look back on in 100 years and say the ICC shifted blockchain in a way that enabled the private sector to function more effectively in a sustainable way and actually create more opportunities for people.”

According to the terms of the agreement, part of which was shown to Forbes, the ICC and Perlin will create a new group, the ICC Blockchain/DLT Alliance, a reference to distributed ledger technology similar to the blockchain that powers bitcoin. The companies are exploring how Perlin’s blockchain platform, which has yet to publicly launch, could be used to shine a light on obscure supply chains and simplify cross-border trade finance.

As part of the agreement, the ICC will help Perlin recruit members to its nascent blockchain alliance, specifically by making introductions to the organization’s massive member pool, which in addition to most national chambers of commerce includes direct membership from companies like Amazon, Coca Cola, Fedex, McDonalds and PayPal. Also, as part of the agreement, Perlin will join the ICC as an official technology partner, offering free access to its blockchain platform during the early stages of the project.

Denton shared his plans with the ICC Banking Commission at its annual event in Beijing earlier this week, and the agreement, which was signed on March 20, will be formally announced at an ICC event in Singapore later today.

Unlike some early blockchain consortia, the ICC Blockchain/DLT Alliance already had projects under way when it was announced. According to the agreement, the ICC and Perlin will share the results of their first blockchain proof of concept, a collaboration with the fabric giant Asia Pacific Rayon (APR), in May at the Copenhagen Fashion Summit.

For that project, called “Follow Our Fibre,” APR is logging data in the blockchain at every level of its supply chain, from the trees that are harvested to the chemical treatments that turn them into the silk-like rayon substance through to the massive spools that are later sold to clothing producers.

“Globally, there is a dynamic shift in the textiles and fashion sectors calling for a more traceable and transparent supply chain,” says Cherie Tan, vice president of communications and sustainability at APR. “Follow Our Fibre will enable us to leverage powerful blockchain functionality to drive greater efficiencies.”

Other proofs of concept in the works that stand to benefit from the ICC partnership include a project with Mfused, a cannabis processor in Washington State that is using Perlin’s tech to prove the origin of its plants by recording every level of its supply chain, from when they are planted to when the cannabis is inhaled, in a shared, distributed ledger; a project with an unnamed tuna processor in Latin America; and a developing project in Africa to trace the origin of cobalt, which has a long history of being mined by unethical supply chain participants.

Tucked away in the forests of Bavaria, in a building that once housed the p... →

Assuming enough supply chains are unified on the Perlin blockchain, businesses could log digital representations of the commodities, called tokens, on the platform. This will enable the counterparties to trade directly, with bills of lading required to move freight and letters of credit, which are typically handled by banks, all tracked directly on the shared ledger.

“An interesting economic model is we could effectively launch governance around this,” says Denton. “If we’re able to tokenize this we could insert ourselves as the trusted intermediary, and there would probably be an admin charge, but not much.” A 2018 report by the ICC, the World Bank and others found that 90% of the world’s trade finance was being provided by 13 banks, something Denton thinks is evidence of a need to decentralize.

Perlin’s blockchain, like ethereum’s, is being designed to let users track and move all kinds of value and write distributed applications (dapps) that don’t rely on centralized processors. Also like ethereum, Perlin will have a native cryptocurrency, called perls, which are expected to be minted over the coming three months or so, depending on regulatory considerations.

While supply chain management is increasingly seen as ripe for disruption by blockchain, models like Perlin’s, which rely on tokens, have had difficulty gaining traction as regulators clamp down on what is required of such tokens. By contrast, models using permissioned blockchains, such as what IBM is doing with a number of industry-specific consortia, and what R3 and Hyperledger are doing more generally, are seeing broader interest.

Perlin founder Dorjee Sun positions the nascent ICC network as similar to competing consortia but for small and medium-size businesses. “This is a massive democratization effort of DLT, because now any company of the 45 million ICC members can give the benefits of DLT a try,” says Sun. “Not just massive companies that can afford IBM’s services.” 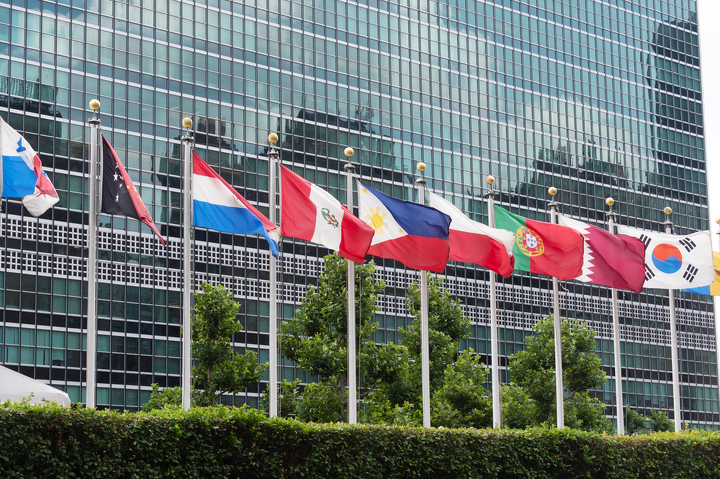