Disney announced that it would be launching standalone OTT apps for ESPN and for the Disney Channel, and Facebook announced the rollout of its long-awaited Watch feature, which will (initially) feature professionally produced short-form videos from well-known brands such as NASA, the NBA and National Geographic.

Both companies launched their products with one key goal in mind: to gather the sort of data that gives them a better understanding of their viewers and their viewing habits, which will in turn allow them to produce better programming, run more highly targeted advertising and more effectively promote their own original programming.

Allen Blue is many things. A product innovator, designer and strategist. A ... →

Disney in particular had very little data about their viewers beyond Nielsen ratings, which offer very limited information (age and gender) around who is watching. And while Nielsen can go deeper with certain households, what they provide is still a representation of Disney’s viewership. Disney wants something much deeper—they want census level data.

With a standalone subscription app, Disney gets access to six important pieces of data about their viewers: their names, their credit card numbers, their email addresses, their IP addresses, their street addresses and their phone numbers.

They can then combine that data with data from third party providers like Experian to begin targeting their audiences. So that if, say, they notice that someone is tuning in to the ESPN app to watch Dodgers games, they can email them an offer for a Dodgers cap from the ESPN store. Similarly, they can run that same Dodgers cap offer as an ad that shows up on any mobile devices or PCs using the same IP address.

They can run addressable advertising, too, showing different ads to different people watching the same show based on demographics and location. And they can monitor their shows to see which segments and storylines result in the biggest viewership peaks and valleys, and adjust their programming decisions accordingly. (It’s always dangerous to base programming decisions on data, but if say, a new segment of a late night talk show proves very popular, making it a more regular feature is an easy win.)

Promotion is another area where Disney can rely on data. For years, networks relied on the fact that people ate dinner, turned on the TV and left it on till they went to sleep.  So running ads to promote their new and current shows over the course of the evening was easy and the only cost was opportunity lost from not selling that particular ad slot. But in these days of time shifting and binge viewing, when people watch the specific show they are interested in and then move on, promotion is tricky. By understanding who their audience is and how to reach them, Disney will have a much easier time driving tune-in.

Promotion is one of the key reasons Facebook is diving into video, too. Few players are as well equipped as Facebook to identify the potential audiences for their new shows and how to reach them. Facebook has mountains of data on their users—what TV shows and books and movies they “Like,” where they’ve been on vacation, who their friends are, what those friends have liked, what they're up to on Instagram, the increasingly popular photo-based social network that Facebook also owns.

That’s why both of Facebook’s new video enterprises—Watch (which will feature short form video) and the as-yet-unnamed long-form TV app—are in such a good position to ensure their new programming is promoted to exactly the right audience. And as viewers use the video section more and more, Facebook will be able to track what they like and don’t like, making recommendations that are increasingly more accurate.

That data will be of value to advertisers too, as Facebook can provide brands with very targeted buys, reaching users who match a certain demographic based on anything from location to car they own to TV shows they’ve liked.

Since Facebook Watch is about short form programming, data is particularly useful here, as Facebook can share with creators and studios which episodes were successful, identify the audiences that reacted favorably, even down to knowing which cities and which times of day the show was most successful. That information can then be used to let creators make better programming decisions and to identify subject matter that Facebook’s short form viewers want to see more of.

There is, of course, a strong creepiness factor to all this. Do we really want Facebook, Disney and other media companies knowing that much about us? While their claim is that the data they use is all anonymized—they don’t know it’s Alan Wolk, just User #45923B, it's still a bit unsettling to know that they are tracking you to a degree. Retargeting—the practice of showing you ads for products you've just looked at online, is particularly unsettling.

On the other hand, media companies understand you’re not captive, that if their use of user data starts to feel wrong, they'll have a PR disaster on their hands with thousands (if not millions) of viewers fleeing in the other direction.

The plus side for viewers is that all this data should allow the networks to run fewer, better targeted, less intrusive ads, since better targeting allows them to charge more money. In addition, if used wisely, it will allow them to make better programming decisions, bringing viewers the kind of series they really like.

As television continues its move from a linear-based interface (what's on now?) to a library-based one (what do you want to watch?) look for other companies—both traditional players and digital/social upstarts—to jump on the data bandwagon. The more they know about their customers and their viewing habits, the better equipped they are to compete in today's market. 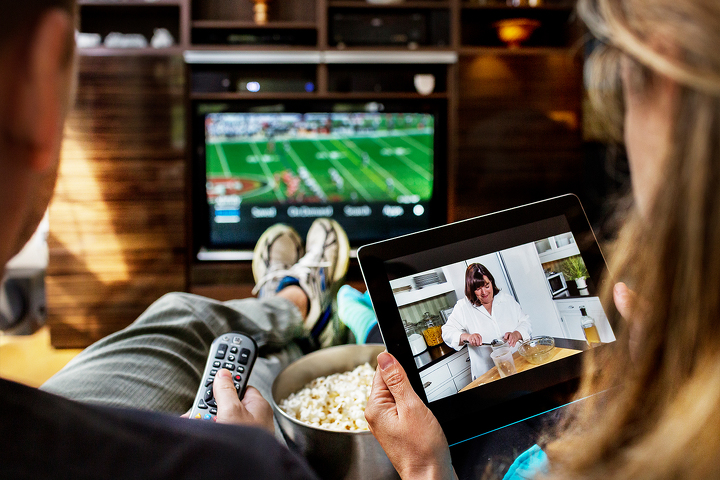