Фото: Niall Carson/PA Images via Getty Images
Jeremy Allaire of financial start up 'Ciricle' speaking at the Dublin web summit held at the RDS in Dublin

Led by Beijing-based Bitcoin hardware provider Bitmain, the round of investment is the largest venture capital round ever raised by a cryptocurrency or blockchain company, eclipsing banking consortium R3, that last year raised a $107 million round.

But what is perhaps of even greater note than the investment itself is how the company is planning to spend that money. Also revealed today, the Boston-based company that had previously raised $136 million is launching the US Dollar Coin, a cryptocurrency that uses the Ethereum blockchain and is intended to be backed by actual US dollar.

To help bring Circle’s vision for a global fiat currencies being run on a blockchain Circle also announced that Bitmain, which reportedly generated as much as $4 billion in operating profit last year will be joining Centre, an open protocol being created to connect the world’s fiat currencies on a blockchain.

“We’re trying to build the equivalent of Amazon,” said Circle co-founder Sean Neville, in an on-the-record dinner last night. "While we’re also building HTTP," considered part of the foundation of the Internet.

The building blocks of the seemingly massive endeavor are in the investment itself. Existing investors, IDG Capital, Breyer Capital, General Catalyst, Accel, Digital Currency Group, and Pantera, all returned for this round, with new investors Blockchain Capital and Tusk Ventures also joining.

While terms of the deal were not disclosed, Circle co-founder, chairman, and CEO, Jeremy Allaire said the company value was “approaching” $3 billion, a number a representative of the company separately confirmed.

“It’s one of the biggest and possibly one of the most profitable crypto-companies in the world,” said Allaire. To give an idea of exactly how big Circle is, Allaire said the company now employs 230 people and serves seven million customers.

While the total transaction volume of its existing products, including Circle Invest, Circle Pay, Circle Trade, and the recently acquired cryptocurrency exchange Poloniex, has yet to be revealed, the U.S. Dollar Coin (USDC) concept stands to potentially play an even bigger role. If the company can figure out how to monetize it.

Built on the Ethereum blockchain using the ERC20 standard, USDC is falls into the category of cryptocurrencies called stablecoins, designed to resist market fluctuations. The coins will only be “minted” by members of the Centre Foundation, which will in turn be required to not only be licensed financial institutions but will have to hold a one-to-one reserve of actual U.S. dollars.

Since the value of USDC itself will be tied to the currency and issuers will be required to lock up an equal amount of fiat, Circle’s focus at this time isn’t on generating revenue, but using the Ethereum blockchain -- and many others in the future -- to gain the border crossing, nearly instant transaction times offered by the technology.

At the center of Circle’s scheme is Centre, an early stage foundation that last year raised $20 million via a Simple Agreement for Future Tokens, or SAFT, that promised to give investors tokens at a future date. Still, at the nascent stages of development, Circle refers to Centre as a foundation, but the entity is still wholly-owned by the parent company and has not been formally incorporated, Allaire said.

While still in its early stages, the operation sounds like it could be a competitor to blockchain startup Ripple, that is working to use the XRP cryptocurrency and other products to create a more efficient alternative to the Swift inter-bank messaging platform. Which, in turn, would also make it a potential competitor to Swift.

At launch Circle will be the only member of Centre and the governance structure for on-boarding new members hasn’t yet been finalized. But to help with that process and to lay the foundation for issuing fiat currency around the world on the Ethereum blockchain, Bitmain will be partnering with Circle.

In the future, Circle plans to make the USDC available on its Circle Pay app and add support for fiat currencies in other jurisdictions around the world.

“We want all fiat currencies to operate this way,” said Allaire.

From zero to hero: how to get your product out there with almost no funding
Подписка на журнал 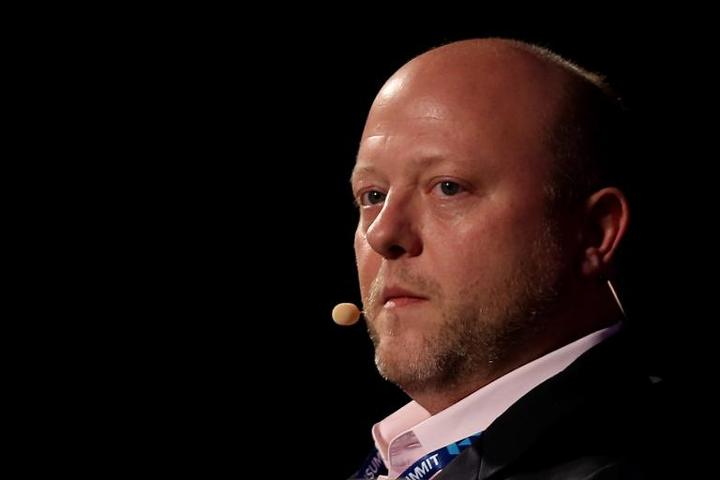