“If we accept as a normal and inevitable the fact that everything in our lives can be added and sold, then we lose much more than data,” Cook said during a virtual keynote at the Computers, Privacy & Data Protection Conference in January. “We lose the freedom to be human.”

From this high-minded privacy pulpit, Apple today is expected to unveil the latest version of its operating system — iOS 14.5 — including a feature that will require apps to ask users for permission before tracking data and activity. The timetable for release to the public is uncertain, but a beta version of the system is already available and Cook is likely to announce new details during the company’s annual spring event. The emphasis on privacy boosts Apple’s business as a maker of personal devices and also puts pressure on competitors: The privacy features of the new system, along with Cook’s hard-headed rhetoric, are forcing advertising-based business such as Facebook and Google to respond and adapt.

“It goes directly at them,” said Gene Munster, a managing partner and cofounder of venture capital firm Loup Ventures. “These changes make it more difficult — not impossible, but certainly more difficult — to target ads. Apple has heard from users about frustrations around privacy and how they’re being tracked, so they’ve made changes to accommodate those concerns. And it turns out that those changes have ended up creating a headwind.”

While analysts agree that the new privacy changes seemed squarely aimed at its competitors, Cook contended in a podcast interview this month with New York Times columnist Kara Swisher that the changes are not focused on any particular company. “It’s aimed at a principle,” Cook said.

At the core of the changes is Apple’s App Tracking Transparency (ATT), a feature that requires third-party apps to ask users — via a pop-up window — for permission to track and share their data across apps and websites, which is what powers ad targeting. “You can turn a blind eye to how your data is being used if it’s not in front of your face,” said Richard Mogull, a privacy expert and chief executive at Securosis, an information security research firm. “But when it’s in front of your face, you can make an informed decision. All of a sudden, it’s like wait, why does this Weather App need Bluetooth when it’s not communicating with anything?”

Apple first announced this feature in June, but delayed the release of ATT until early 2021, after hearing concerns from app developers about needing more time to implement changes in accordance with the privacy policies. And while the new features do empower users, they also make it much harder for Apple’s competitors to profit off of its operating system, says Matt Zgutowicz, an analyst at Rosenblatt Securities.

“Apple is building a fortress around iOS as well as presenting a belief that they have the best privacy intentions for their users,” said Zgutowicz. “They’re preventing any outside third-parties from monetizing on iOS, and they’re essentially using privacy as a smokescreen for that.”

Facebook has responded by launching a public relations campaign against Apple, using the impact on small businesses as the linchpin of its argument.

“We’re standing up to Apple for small businesses everywhere,” read a full-page ad that Facebook bought in The Wall Street Journal in December. “At Facebook, small business is at the core of our business… Many in the small business community have shared concerns about Apple’s forced software update, which will limit businesses’ ability to run personalized ads and reach their customers effectively.”

The ad, which ran in the midst of the Covid-19 pandemic, continued: “While limiting how personalized ads can be used does impact larger companies like us, these changes will be devastating to small businesses, adding to the many challenges they face right now.”

Apple fired back with its own statement, saying the new transparency plan “does not require Facebook to change its approach to tracking users and creating targeted advertising, it simply requires they give users a choice.”

Facebook, which relies on third-party tracking to fuel its $84.2 billion targeted ad business, has chosen to fight out its campaign against Apple’s ATT in public. Google, meanwhile, has pursued privacy enhancements of its own. “Google is having to follow because Apple’s privacy PR is killing them,” said Zgutowicz of Rosenblatt Securities. “Apple is saying we’re going to be the privacy czar, and we’re going to set the global standard.”

In January, Google released a blog post detailing how it would prepare for the new iOS 14.5 update. Instead of having all its apps display the pop-up permissions window, the company said it would no longer track user information in iOS apps for advertising purposes. Further, Google said it would work with Apple to improve its so-called SKAdNetwork, which is supposed to be Apple’s answer to a privacy-friendly way to share data with advertisers without including user-specific or device-specific data. “We remain committed to preserving a vibrant and open app ecosystem where people can access a broad range of ad-supported content with confidence that their privacy and choices are respected,” the Google post said.

Earlier, in March 2020, Apple released a new version of its Safari browser that would block third-party cookies — a tracking code placed on a website by someone other than the website’s owner, allowing collection of user data for advertising purposes. Google set its own deadline of getting rid of third-party cookies in its Chrome browser by some time in 2022.

Facebook, for its part, seems to recognize that the battle over the new Apple privacy measures may not be winnable. Mark Zuckerberg, over a discussion on the voice-chatting app Clubhouse last month, said he was confident that Facebook “will be able to manage through” the iOS 14.5 updates. “It’s possible that we may even be in a stronger position if Apple’s changes encourage more businesses to conduct more commerce on our platforms by making it harder for them to use their data in order to find the customers that would want to use their products outside of our platforms,” Zuckerberg said.

To one analyst, that sounds overly optimistic. “Do I think it will create this pull to other Facebook products? That’s a little too rosy of a picture from Facebook’s perspective,” said Munster.

Given the global discourse around user data privacy, particularly after events like the Cambridge Analytica scandal and the implementation of a sweeping law on data protection in the European Union in the form of a General Data Protection Regulation, Cook has chosen to prioritize privacy in a way that, for better or worse, will become a lasting legacy, analysts say.

“Apple has placed privacy and security from what was practically an afterthought many years ago to core to Apple’s business model,” said Mogull of Securosis. “When your CEO says he sees privacy as a human right, it’s really hard to walk that back.” 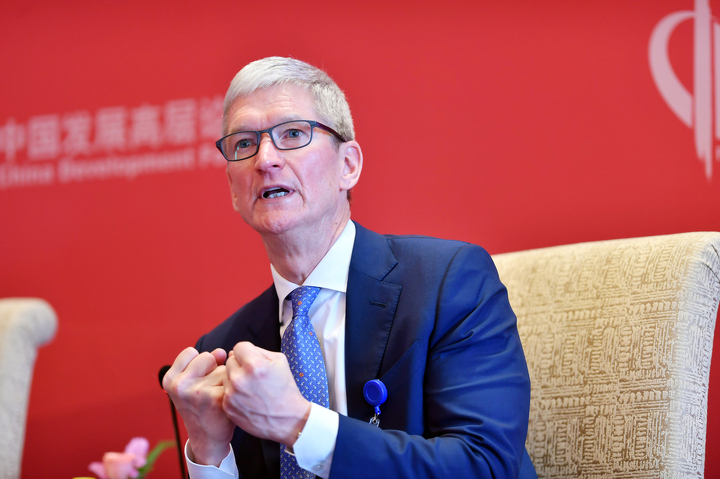