The efforts are focused on adding to the area's housing stock, so half that amount will be used to provide builders will low interest loans to construct low-income housing. Another $225 million in lending will subsidize the preservation and construction of middle-income residences. And the remainder will take the form of a philanthropic grant to fight homelessness.

Microsoft has been widely lauded for the pledge, which is the largest in its history and likely the largest ever housing commitment by an American corporation. Politicians quickly praised the company for looking beyond its campus and employee base. Many others applauded the move as a belated but welcome example of a tech company taking responsibility for a mess it helped create.

Microsoft just announced $500 million for affordable housing in Seattle and not restricted to their own employees but also including municipal employees, teachers, etc. Great leadership. Will other Big tech companies follow. They should, particularly in the Bay Area

Washingtonians care deeply about the communities where they live and work. I applaud @Microsoft for their leadership in tackling the challenges of homelessness. I look forward to seeing how the state can partner with the company and others on these efforts. https://t.co/4tjGDLwFbv

There were also those who questioned why Microsoft doesn't just pay more in taxes or why it wouldn't give out grants instead of loans. (On the latter point, Microsoft leaders said in a blog post that a lending model allows them "to be repaid and then lend this money again.")

This is the kind of thing that SOUNDS great, but I have questions. Most of this money will come as loans. What is the interest rate Microsoft will be charging on these loans? Why not give more than $25 million as a grant? https://t.co/VN3EKGIDdI

Another small but noticeable group—noticeable, at least, to a real estate reporter—asked: why not put that cool half-billion toward creating jobs and increasing wages? This question points to the sometimes awkward and confusing relationship between demand and supply in real estate, and bears exploration.

Thursday, Microsoft President Brad Smith and Chief Financial Officer Amy Hood acknowledged the uncomfortable math in a blog post. They pointed out that the number of jobs in their region has grown 21% and wages have gone up 34% since 2011, but over the same period the supply of housing has grown just 13% and home prices haves surged 96%—making it the sixth most expensive region in the nation.

In Microsoft's four-decades there "the entire region’s economy has diversified and expanded, bringing new jobs, people and prosperity," they wrote. "But the Puget Sound area’s growth has also created new challenges. In recent years, our region hasn’t built enough housing for the people who live here."

So how did Seattle get to this point? Over that time, Microsoft's headcount has ballooned to over 47,000 employees in Washington state. And Amazon, founded in Seattle in 1994, has grown to a similar size also increasing demand. "It is because these tech companies have had very attractive wages that brought more people to the city that would not have considered living in Seattle," explains Daryl Fairweather, chief economist at Seattle-based real estate brokerage Redfin, who originally moved to Seattle in 2016 to work for Amazon. "I bought a house. I was part of this issue of driving up housing costs. So to say that Microsoft should pay their people more, that would actually contribute to the problem."

Skylar Olsen, director of economic research at Seattle's Zillow, notes that in decade since she started graduate school in the area she's had to move further and further from the city, even though she graduated into a good job at the growing real estate tech company. Imagine what it's like for someone not in a good situation, she says.

Economists agree that increasing wages is a good thing, but when it comes to housing it only helps the people who a get a pay bump. Higher wages may make housing more affordable for those specific people, but it often makes housing less affordable for everyone else. Increasing housing supply, on the other hand, helps the whole community.

Climate scientists are sounding the alarm about global warming, but the wor... →

Ralph McLaughlin, deputy chief economist at real estate data provider CoreLogic, compares supply and demand to a water spigot. "If you boost wages, which is turning your tap wide open, but you don't increase housing supply, which is keeping your drain the same size, eventually the market is going to overflow and become less affordable," he says.

Nationwide, the housing drain hasn't been expanding much. Construction is about 30% below historic norms and most of what is getting built is at the high end. At the same time that the supply of existing homes on the market is near record lows. "What's important about [Microsoft's] effort in Seattle is that is going toward increase the supply of housing for those who arguably need it most," says McLaughlin. "It is those who the private sector don't typically build homes for."

While it's tempting to vilify builders for focusing on luxury, it may also be an oversimplification. In Seattle, as in San Francisco, there are also physical barriers to building more, such as fault lines and soil not suitable for skyscrapers. Those cities also have strict zoning laws. (As part of its initiative, Microsoft is working with mayors from cities surrounding Seattle to update zoning, provide public land with transit access, address permitting processes and fees and to create tax incentives to build.) Housing affordability has so far been less of a challenge in Austin, another growing tech hub where Apple recently announced a new campus, because it is surrounded by flat land suitable for development and building regulations are more permissive.

The issue of how the tech industry's speedy growth impacts real estate has long been a hot topic in and around San Francisco, where there are over 300,000 tech workers and the median home prices has soared to $1.3 million compared to a national median of around $300,000. Last year the debate went national as 238 cities entered Amazon's contest to become its second headquarters, which the retailer said would create 50,000 jobs with an average compensation of $100,000. Officials jumped at the opportunity to bring well paying jobs to their regions (not to mention at the bragging rights of being home to one of the world's most valuable companies). But from the start everyday people worried what such an influx could mean for their ability to cover rent or ever buy a family home.

As it turned out, the two locations Amazon ultimately selected—Crystal City, VA outside of Washington D.C. and New York's Long Island City—are areas already bursting with high paid professionals and where the cost of living has long been through the roof. An analysis by rental search firm Apartment List found that HQ2 will lead to 0.1-0.2% in added annual rent growth in the D.C. metro and an increase of less than 0.1% in New York City. Nevertheless, there's a growing consensus that big businesses are served by serving their communities and that Amazon specifically needs to engage with their new communities to earn the tax breaks they're getting from New York and Virginia. 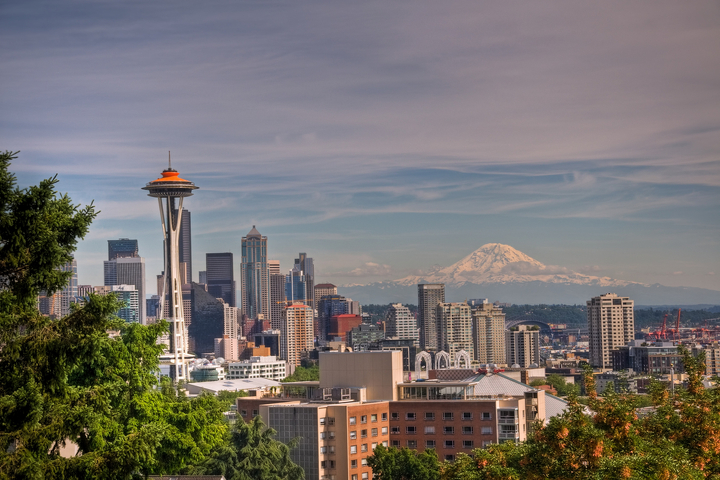