NEW DELHI – In the natural world, humans stand out for the complexity of the tools, technologies, and institutions that we have developed. According to the anthropologist Joseph Henrich, we owe this success to our ability to accumulate, share, and adapt cultural information across generations. But just as interconnection causes our “collective brains” to expand over time, isolation can cause them to shrink. Economists should take note Since innovation and accumulation are socio-cultural processes, larger and more interconnected populations create more and increasingly sophisticated tools. The inter-generational expansion of our collective brains depends, according to Henrich, on “the ability of social norms, institutions, and the psychologies they create” to encourage people freely to “generate, share, and recombine novel ideas, beliefs, insights, and practices.”

To see how isolation can disrupt and even reverse this process, consider Tasmania, which some 12,000 years ago was separated from mainland Australia when the melting of polar ice caps flooded the Bass Strait. Archaeological remains indicate that prior to this separation, Tasmanian and mainland populations possessed the same skills – such as fire-making – and technologies, including the boomerang, spear-thrower, and polished-stone and bone tools.

Yet, when Europeans arrived in Tasmania in the late seventeenth century, its inhabitants were using just 24 of the simplest tools any human population had developed. Not only had they been unable to develop new skills and technologies; they had also stopped using some of those they had previously possessed. In short, geographic isolation had caused them to lose significant cultural knowledge over generations.

The Tasmanians did not choose their isolation. Yet, today, some societies and social groups are doing just that. And, as with the Tasmanians, this is having regressive effects, including the loss of both existing knowledge and some capacity to generate new knowledge and innovation.

The same thing can happen to professional groups and academic disciplines. Mainstream economists and economic policymakers are a case in point. For four decades, this “tribe” has been wedded to a particular dogma, comprising a narrow set of principles and mechanisms. Though the tribe’s purpose lies in comprehending – and serving the interests of – a much wider society, it has become increasingly inward-looking, resisting real interactions with others.

The resulting intellectual isolation has not only made tribe members unable to “share, generate, and recombine” ideas that do not conform to the orthodoxy, but also has led them to reject policy tools that were widely used in the past. The most significant example is fiscal policy, which has been repeatedly spurned as a response to stagnant or declining demand and falling private investment during economic downturns.

This attitude has been starkly apparent since the 2008 global financial crisis. The crisis should have been a powerful reality check, yet it failed to shake mainstream economists and policymakers out of their self-imposed intellectual isolation. As a result, they focused almost exclusively on monetary policy, while dismissing fiscal policy out of hand.

Since 2008, advanced-economy central banks have printed more than $20 trillion, and slashed interest rates. Moreover, easy credit policies have allowed global debt to increase by around $57 trillion to more than three times global GDP.

To be sure, this reliance on monetary policy – and the specific tools that were employed – largely reflected the financial sector’s lobbying power, rather than an inherent lack of knowledge. But, today, even some financial players are requesting more proactive fiscal policies – and for good reason: the recovery, which was always weak, is at risk of being reversed.

LONDON – The idea that British Prime Minister Boris Johnson is a man of the... →

With interest rates still ultra-low or even negative in many countries, governments have few remaining monetary-policy tools with which to respond to a slowdown, let alone another recession. Yet they stubbornly refuse to employ fiscal policy – and, in particular, to increase public spending – choosing instead to implement tax cuts that are mostly ineffective in reviving real growth.

In this sense, countries’ economic-policy toolkits have shrunk, much as the Tasmanians’ physical toolboxes did. This reflects a loss of knowledge about fiscal multipliers, which should – and, historically, did – guide government spending during downturns. The blind belief in fiscal discipline and consolidation, reinforced over decades of isolation, now threatens the very stability of economies.

The Tasmanians suffered terribly for falling behind, with most being slaughtered by much more technologically advanced Europeans in the nineteenth century. If the tribe of economists and economic policymakers continues on its regressive path, the results, too, will be disastrous, not only for the tribe itself, but also for the societies in which it operates.

There is still time for those societies to save themselves, bringing their collective brains to bear to override this powerful tribe’s evident regression. Whether they will, however, remains to be seen. 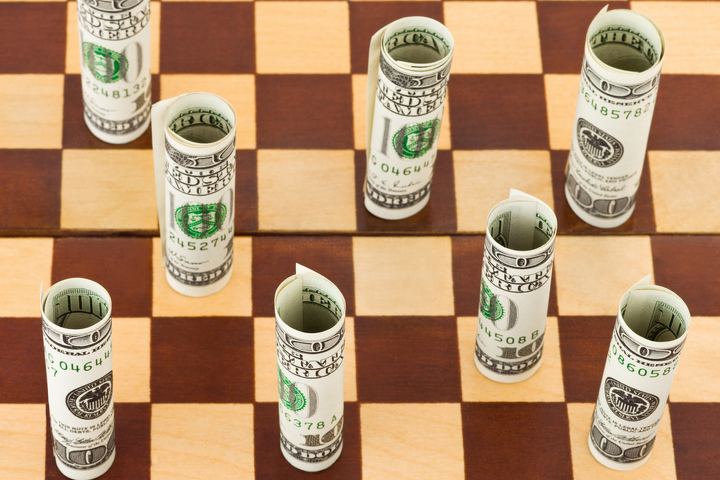