LONDON – “Nobody is safe until everyone is safe” is the defining mantra of the COVID-19 era. It captures a fundamental truth. Faced with a virus that recognizes no borders, no country is an island - and there is no substitute for international solidarity. The June G7 summit in the UK provides political leaders of the world’s richest countries an opportunity to demonstrate that solidarity. They should seize it by agreeing on a financial plan of action to underpin humanity’s battle with COVID-19, starting with equitable access to vaccines.

The development of safe and effective COVID-19 vaccines was a scientific triumph. New partnerships involving governments, businesses, philanthropists, and multilateral institutions tested, delivered, and began administering vaccines in record time. The Access to COVID-19 Tools Accelerator (ACT-A), a unique partnership between the World Health Organization and others, provides a multilateral framework for cooperation on diagnosis, treatments, and vaccines. The COVID-19 Vaccine Global Access (COVAX) facility, a key pillar in that partnership, has so far delivered a total of 40 million doses in over 100 countries.

Despite these achievements, vaccine inequality is widening by the day. With 16% of the world’s population, high-income countries account for over half of confirmed vaccine orders, or around 4.6 billion doses – enough to vaccinate their populations several times over in some cases. With twice the population share, the poorest developing countries have half the number of confirmed orders. Current supplies to Sub-Saharan Africa cover less than 1% of the population. As wealthy countries immunize younger and healthier population groups, health workers in Mozambique, Nepal, and Bolivia are fighting the pandemic without protection – and lives are being lost.

The vaccine gap highlights a stark injustice. While G7 countries are on track to achieve 70% coverage by the end of 2021, some of the poorest countries will not reach that level before 2024 on current trends. This is ominously reminiscent of the initial response to the HIV/AIDS crisis, when Africa and other developing regions were left at the back of the queue for antiretroviral drugs that were widely available in rich countries. The lag in delivery cost some 12 million lives.

Leaving the world’s poor behind in the race to vaccinate against COVID-19 represents a catastrophic moral failure. It is also an act of devastating self-harm. As the coronavirus spreads and mutates across unimmunized populations, it will pose a public health threat to people everywhere – including in the richest countries. Moreover, the market disruption caused by low immunization rates in developing countries could cost the world economy $9.2 trillion, with advanced economies accounting for half the loss.

In short, there is an overwhelming ethical, epidemiological, and economic case for urgent collective action to achieve vaccine equity. The more decisively we act as a single human community, the more lives will be saved, and the faster economies will recover.

The challenge is to ensure that sufficient vaccines are available and affordable to all countries. We will not meet that challenge through voluntary donations alone, bilateral deals outside of COVAX, and the rampant vaccine nationalism that has characterized rich countries’ response so far.

This is a moment for bold action. G7 countries must urgently scale up their support for ACT-A while supporting efforts to build vaccine self-reliance in developing countries. To build effective global defenses against COVID-19 and future pandemic threats, we need equitable sharing of vaccines and open sharing of the know-how, information, and technology needed to develop complex manufacturing capabilities where they are needed. Waiving intellectual property rights for the duration of the pandemic would help facilitate sharing, increase production, and drive down prices. The People’s Vaccine Alliance is mobilizing support for a waiver, and the South African and Indian governments have submitted proposals to the World Trade Organization.

What is missing is the financing plan needed to build on the foundations created by ACT-A. The G7 summit can play a critical role here. Political leaders should agree to finance a global plan aimed at achieving the vaccine ambitions of all countries by the end of this year, with everyone who wants a vaccine immunized by the end of 2022. The Africa Centres for Disease Control and Prevention has set a goal of 60% coverage for the region by that date.

A G7 commitment of around $30 billion a year for the next two years, supplemented by wider measures to support vaccine self-reliance, would bring that goal within reach. It would also help close ACT-A’s current financing gap for this year of around $22 billion. President Ramaphosa of South Africa and Norway’s prime minister, Erna Solberg, have written to governments proposing a global financial burden-sharing arrangement based on countries’ relative economic weight. We support that approach – and one of us (Brown) has proposed its adoption at the G7 summit.

Can the G7 countries afford the plan we propose? We invite leaders to turn that question on its head: Can they afford not to make the investment? The financing required is roughly equivalent to what G7 economies stand to lose every two weeks because of the trade dislocation resulting from limited vaccine access. Moreover, equitable vaccination will pay for itself. The International Monetary Fund estimates that advanced economies stand to gain over $1 trillion in additional revenues from the boost to economic recovery delivered through accelerated global vaccination – a return of $16 for every $1 invested.

G7 governments have some ready-made financing mechanisms at their disposal. They could agree to issue $10-15 billion in COVID-19 vaccine bonds channeled through the International Finance Facility for Immunisation. Underwriting risk guarantees for COVID-19 financing provided through the World Bank and other multilateral financial institutions is another option. With its triple-A credit rating protected, the Bank could mobilize $4-5 for every $1 provided in guarantees.

Given their status as major shareholders in the IMF and the World Bank, G7 governments should be more ambitious in leveraging both institutions’ resources for the COVID-19 response. Low-income countries facing a lethal combination of reduced growth, unsustainable debt, and limited fiscal space urgently need financial support. The IMF recently estimated that an additional $200 billion is required for pandemic containment, including financing for health systems and vaccination programs.

With the United States having agreed in principle to a new $650 billion issue of special drawing rights (SDRs, the IMF’s reserve asset) – in effect, new international money – there is an opportunity to boost liquidity and narrow the financing gap. G7 governments could agree to double the SDR allocation for low-income countries, a move that would generate $42 billion to fight the pandemic. They might also ask why more than 40 poor countries are still spending more on debt service than on health, and move to convert unpayable debt liabilities into life-saving vaccines.

Of course, finance is just one part of the equation. Governance also matters. We must ensure that all governments – and civil society – have a voice in shaping international cooperation. The World Health Assembly provides a multilateral platform for that voice – and it has a key role to play in achieving vaccine equity.

Benjamin Franklin famously warned the authors of America’s Declaration of Independence about the perils of division in the face of a powerful enemy. “We must, indeed, all hang together,” he cautioned, “or, most assuredly, we shall all hang separately.” Faced with this deadly pandemic, G7 leaders must now demonstrate global solidarity. Their citizens’ safety and the world’s hopes depend on it.

Gordon Brown is a former prime minister of the United Kingdom

Tedros Adhanom Ghebreyesus is Director-General of the World Health Organization

Mary Robinson is a former president of Ireland

Kevin Watkins is CEO of Save the Children UK 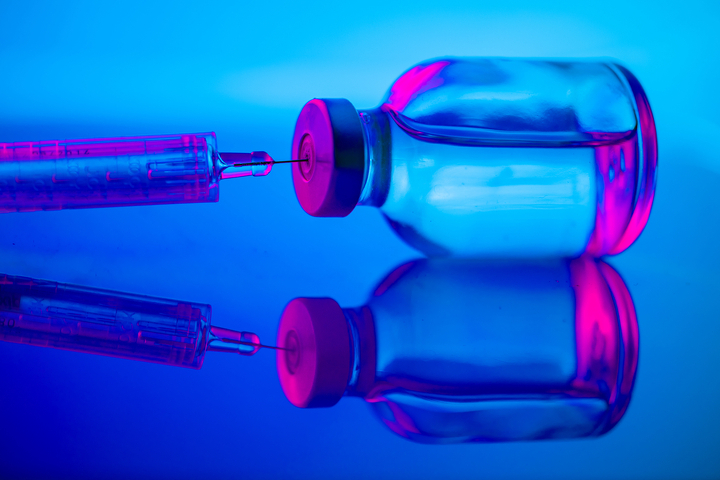