NEW DELHI – Sharp price increases for essential and life-saving medicines have generated a political backlash against the pharmaceutical industry in the United States. In February, the US Senate Committee on Finance scolded industry representatives for pursuing policies that are “morally repugnant.” Since then, 44 US state governments have filed a lawsuit against Israel-based Teva Pharmaceuticals and 19 other companies, alleging conspiracy to stifle competition for generic drugs and illegal profiteering from over 100 different medicines For its part, US President Donald Trump’s administration has also announced that it will pursue measures to reduce the prices of drugs, especially those needed to treat America’s opioid epidemic. Yet the administration is also trying to export intellectual-property rules that are known to be associated with massive price increases abroad, making basic medicines unaffordable to millions of poor people in developing countries.

The US government has brought sustained pressure to bear to block IP rules that would allow manufacturers in other countries to produce and export less expensive generic drugs. The US Trade Representative’s (USTR) annual “Special 301” watchlist, which identifies countries with “serious intellectual property deficiencies,” regularly includes India, mainly because the US objects to some features of its patent laws. In fact, Trump even cited India’s IP regime as a justification for his recent decision to suspend Generalized System of Preferences (GSP) tariff exemptions on certain Indian exports.

But India’s IP laws have allowed the country to become a leading global source of affordable drugs. Under its Patents Act of 1970, drug makers can patent only their processes, not the chemical composition of drugs. In practice, this has meant that Indian companies can “reverse engineer” the chemical compounds of major brand-name drugs through alternative processes, and then sell those drugs for less, both in India and abroad.

At first, this competition from generic-drug makers forced pharmaceutical multinationals to drop their own sky-high prices, including for drugs to treat cancer, tuberculosis, and HIV. For example, between 2000 and 2016, the yearly price per person of first-line antiretroviral drugs to treat HIV fell from more than $10,000 to $100. It is these price declines that allowed us to expand HIV treatments globally and control the HIV/AIDS epidemic, especially in poor countries.

But since the Agreement on Trade-Related Aspects of Intellectual Property Rights (TRIPS) entered into force in 1995, all World Trade Organization member states have had to recognize one another’s pharmaceutical patents. For Indian drug makers, manufacturing generic versions of patented drugs would require a license, and such licenses are rarely if ever granted.

Nonetheless, following amendments to the Indian Patents Act, India still had some safeguards to prevent the kind of excesses that major pharmaceutical companies routinely get away with in the US and Europe. For example, India abides by a stricter definition of what constitutes an invention, which prevents “evergreening”: the process of extending the life of a patent by taking out secondary patents for marginal improvements to the original drug. According to Section 3(d) of the Indian Patents Act, “the mere discovery of a new form… property or… use for a known substance or of the mere use of a known process” is not eligible for a patent unless it “results in a new product or employs at least one new reactant.” In practice, this means drug makers cannot extend the life of a patent indefinitely simply by, say, changing a drug from a tablet to a syrup.

Section 3(d) explains why the Indian Supreme Court ruled against Novartis in 2013, denying the Swiss multinational a patent for an anti-cancer drug that it marketed as “Glivec,” but that was basically the crystalline form of a drug that had previously been patented as a powder. The court held that this change in form did not show “enhanced therapeutic efficacy.”

Since then, India’s law has come under attack from multinational corporations and the US government, and Section 3(d) has effectively been diluted. According to a recent study, between 2009 and 2016, the Indian Patent Office granted as many as 1,654 secondary patents (72% of all drug patents) “in likely contravention of anti-evergreening provisions under section 3 of the Indian Patents Act.” Not surprisingly, drug prices in India have been rising rapidly.

Yet this has not stopped the USTR from maintaining pressure on India, Malaysia, and other governments that observe stricter definitions of inventions, and use compulsory licensing and price controls to prevent profiteering and other monopoly abuses by drug companies. The USTR has long worked with multinational pharmaceutical companies to keep drug prices high in other countries, thereby threatening the health and lives of poor patients in India and across the developing world. And now, the problem of exorbitant drug prices is coming home to roost.

It is ironic (but not surprising) that an administration claiming to fight for lower drug prices for Americans is actively pushing for rule changes that would grant even more price-gouging power to pharmaceutical multinationals. If US federal agencies and state governments really want to do something about sky-high drug prices, they should be taking a page from the Indian Patents Act, rather than trying to shred it. 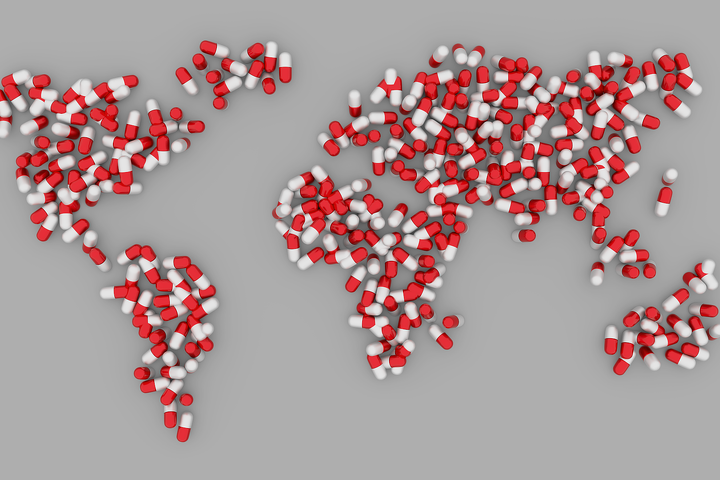