Millennials were shunning plastic and supposedly wary of consumer debt. Affirm's Max Levchin saw a way to repackage buying now and paying later for younger folks—and it's made him a billionaire On April 26, 1986, 10-year-old Max Levchin and his family were living in Kiev, Ukraine—90 miles south of the Chernobyl nuclear power plant. While the Soviet government scrambled to cover up the scale of the disaster, Levchin’s mother, a physicist, understood the radiation risk and immediately packed Max and his brother off to live with his grandmother in Crimea, hundreds of miles away. Five years later, the family arrived in Chicago as Jewish refugees with just $700; the ruble had collapsed and the government had limited how much money people could take out of the country.

“Part of the experience coming to the U.S. from a socialist country is that I just wasn’t prepared for a lot of the things that existed here, good and bad,” Levchin says. “I got my first credit card a couple years after coming to America and promptly destroyed my credit, because I had no idea how to use this power tool.” He’s speaking on January 13, the day Affirm Holdings—the buy now, pay later fintech Levchin cofounded and runs as CEO—went public. Its shares doubled that day to $96, making the company worth $24 billion and his stake worth $2.5 billion.

He’s talking to Forbes from the Big Island in Hawaii, where he has been with his wife and two kids since the December holidays. He’s shoeless, decked out in gym shorts and a black Affirm T-shirt. Wardrobe is the only thing even remotely laid-back about this serial entrepreneur. A math prodigy with an immigrant’s drive, he cofounded PayPal, which revolutionized online payments, at 23. His ventures include Yelp, where he was chairman until 2015; Slide, a media-sharing service he sold to Google for $182 million in 2010; and Glow, a fertility-tracking app. His obsessive fitness and cycling regimen—a far cry from what he describes as a sickly childhood—was the subject of a breathless 2014 feature in Men’s Fitness magazine.

Still, at 45, Levchin is arguably a late-blooming billionaire. Other PayPal founders (a.k.a. the PayPal mafia) long ago reached ten-figure status; Elon Musk, Peter Thiel and Reid Hoffman are worth a combined $190 billion today.

Put Away That Revolver

During the pandemic, consumers have been paying down their credit cards, with the total “revolving debt” outstanding falling 11% in 2020. Meanwhile, non-revolving consumer debt grew 4%. Now Levchin has finally made it, too, thanks to the surge of online commerce during the pandemic and an insight he had nearly a decade ago. Drawing on his own early misadventures with credit, Levchin concluded that the then-conventional wisdom—namely, that Great Recession–scarred, student loan–burdened Millennials were allergic to credit cards and consumer debt—missed the point. It wasn’t debt or even, remarkably, high interest rates that turned them off. Instead, they hated certain aspects of credit cards: late fees, big banks (remember Occupy Wall Street?) and the fact that it was deceptively easy to rack up too much debt—particularly for those who didn’t understand the way interest charges on revolving credit cards compound.

A market frenzy has pushed the shares of the Grapevine, Texas-based video g... →

Affirm’s interest rates aren’t low, necessarily—they run from 0% to 30% a year, depending on the borrower’s creditworthiness and whether a merchant is subsidizing interest-free payments. But Affirm never charges late fees and shows buyers upfront the total interest they’ll pay for a specific purchase, with fixed payments typically lasting from three to 12 months—or, for large purchases, up to four years. Consumers can instantly finance an expensive item through Affirm while paying off routine credit card charges in full each month. By contrast, once a cardholder carries a balance on a standard revolving credit card, every new purchase—even a $4 latte—typically incurs interest. (About 40% of cardholders carry balances.)

Point-of-sale financing has proven so appealing to younger buyers that upscale brands including Peloton, Mirror and West Elm now subsidize interest-free installment loans through Affirm. Retailer payments made up half of Affirm’s $596 million in revenue in the 12 months ended September 30. The company has yet to book a profit, losing $97 million over those 12 months.

For now, however, investors are buying growth, and buy now, pay later will become the fastest-growing e-commerce payment method on the planet by 2025, predicts Worldpay. Affirm and its competitors, Sweden’s Klarna and Australia’s Afterpay, financed more than $10 billion in U.S. transactions in 2020, up from roughly $100 million five years ago. Meanwhile, U.S. credit card balances have been dropping, and card charge volumes are still down from their pre-Covid levels. Each of the buy now, pay later companies has imagined the business somewhat differently. For example, Afterpay doesn’t run credit checks on customers or charge interest but gets 14% of its revenue from late fees, which Levchin abhors.

“I’m probably more in tune with consumer nai­vete,’’ he says. In a letter to investors in Affirm’s pre-IPO filing, he vowed to hasten the decline of companies that “peddle toxic financial products and derive profit from their consumers’ missteps”—citing in particular the credit card model that finances big purchases interest-free but hits the customer with deferred back interest if the tab isn’t paid off in time.

Over the years, Levchin has made much of his own hapless-immigrant story. As he tells it, he ended up in the University of Illinois at Urbana-Champaign’s computer-science program because his public-school counselor had never heard of “MTI,” the school he wanted to attend. (He had scrambled “MIT” when translating from a Russian show he’d seen as a kid.)

Levchin launched several failed startups during and after college before heading to Silicon Valley, where he got Thiel interested in his cryptography work. At PayPal, he created a way to securely transfer money from one device to another (starting with the PalmPilot) and later helped design a crucial system to detect fraudsters. Levchin was CTO when PayPal went public in 2002. By then, it had raised several funding rounds and merged with Musk’s startup X.com. When eBay acquired PayPal for $1.5 billion a few months later, Levchin walked away with $33 million for his 2.2% stake. He reportedly earned a similar amount from Slide, which Google shut down in 2011, a year after buying it.

In 2012, Levchin was brainstorming startup ideas with friends when Alex Rampell, then-CEO of payments company TrialPay, suggested a service that could make it easier to finance purchases online by assessing risk based on Facebook profiles. Rampell, Levchin, Palantir cofounder Nathan Gettings and serial entrepreneur Jeff Kaditz—whom Levchin had met through cycling—became Affirm’s cofounders and began work on lending algorithms.

When the team decided in 2014 to offer its own loans—and ultimately other bank products, too—Levchin became CEO. “If you want to build a bank, you need to be able to raise a lot of money, and Max is basically a celebrity entrepreneur,” Kaditz says. By mid-2015, Affirm had raised $325 million in debt and equity from investors including Thiel and Lightspeed Venture Partners.

Pre-Covid growth came in fits and starts, as Affirm signed up major new merchants. It issued $2 billion in loans in 2018 but was burning cash. By 2019, Affirm had raised $1.1 billion in debt and equity, and its valuation was $2.9 billion, according to PitchBook. “Any other company would have struggled early on to keep raising money,” says one venture capitalist who passed on Affirm. “Max assembled a machine with a cost structure that needed a lot of volume to make [it] work.”

The pandemic has delivered the volume, but not yet the profits. Between November 2019 and July 2020 Affirm’s U.S. borrowers nearly doubled, to 5.6 million. Loan volume in the 12 months ended September 30 hit $5.3 billion—with a big assist from Peloton. The seller of $2,000-plus in-home exercise bikes saw sales nearly triple this past summer from the year prior. In the third quarter, Peloton made up 30% of Affirm’s revenue. Without it, Affirm’s growth that quarter would have been 61% instead of 98%, figures Bill Ryan, a managing director at Compass Point.

Clearly, Affirm will be challenged to live up to its valuation (eight days after going public) of $26 billion—at 44 times trailing 12-month revenue, it’s priced like a tech company, not a lender or even a mature payments company. (PayPal goes for less than 12 times sales.) To keep growth going, Levchin has made some big and expensive moves. In July, in a deal to become the exclusive installment-financing service for e-commerce platform Shopify’s U.S. merchants, Affirm gave Shopify warrants for 5% of its equity—securities now worth $2 billion. In December, Affirm bought Canadian buy now, pay later company PayBright for $264 million.

Meanwhile, competition could put pressure on Affirm’s merchant fees—it extracts an estimated 6% of sales financed from retailers, compared with Afterpay’s 4% to 5% and Klarna’s 3% to 4%. And the credit card companies are fighting back: JPMorgan Chase, Citi and others have started inviting some customers to convert large purchases into separate installment loans—in effect allowing these items to be financed without subjecting other card charges to interest. Then, too, the lending environment could shift, with interest rates eventually ticking up and Affirm’s default rates (currently low, at about 4%) possibly rising.

Ultimately, like other fintechs that have started out focused on one segment, Affirm is aiming to profit by selling more financial services to a loyal customer base that buys its fee-transparency pitch. In June, it began offering a no-minimum, no-fee, high-yield savings account. Now that it has $1.2 billion of IPO cash in the bank, what’s next? It could just be a reimagined, Millennial-friendly credit card. 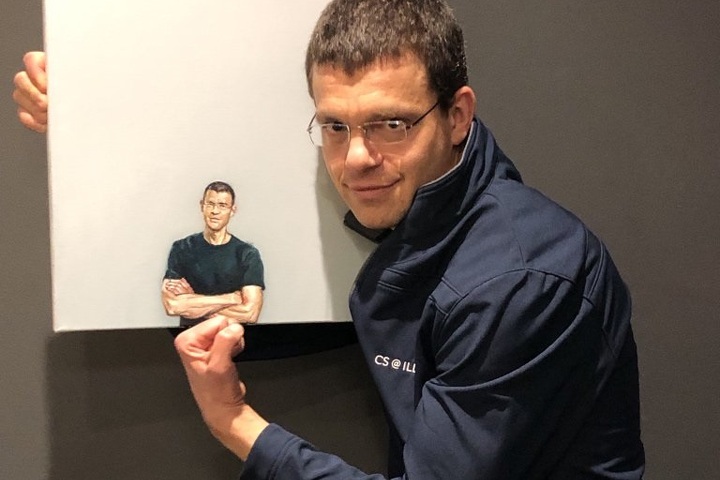