Over the past 10 – 15 years, so-called “construction consortia” have established a foothold in the Kazakh market. On the one hand, this is due to new large, unique and complex construction projects. And, on other hand, this complexity requires construction companies to work together due to the different requirements of such projects In addition, in order to comply with the Kazakh local content obligations, customers often require companies, especially foreign ones to work with Kazakh entities.

In March 2017, Minister of Energy Kanat Bozumbayev stated: “We will speak to our three major subsoil users, operators in Tengiz, Kashagan, and Karachaganak. We will say: “Western companies will not be our contractors any more. Western companies can operate in our country through joint ventures with local businesses".

How LinkedIn Impacts The Attention Economy

A tiny red badge can make you feel great. It can mean something wonderful h... →

As implementation of the Future Growth Project of Tengizchevroil LLP (TCO FGP) begins, at an important meeting in February 2017 arranged by Tengizchevroil LLP for construction contractors, Minister of Energy Kanat Bozumbayev stated if there were no joint ventures (JVs) or consortia there would be no project.

This statement caused quite a stir as it has wide ranging implications: who to associate with, how to do co-operate effectively, how to allocate various functions between partners, and, most importantly, how to allocate income and expense.

In this article we will focus on the following issues: what is a consortium of construction contractors, what to include in a consortium agreement, how to build appropriate relationships between consortium members, what is the best practice according to international benchmarks, and what are the pitfalls from tax, customs and public procurement perspectives? A future article will discuss establishment and operation of joint ventures.

Consortium: as it was and as it is

Construction companies typically establish either “contractor - sub-contractor” relations or a joint venture (JV) in the form a legal entity.

In the first case, typically one party act as a general contractor and engages subcontractors. One of the main reasons is to keep arrangements between them clear and tax liabilities separate.

Consortium: as it should be

According to civil law regulations, a consortium is an agreement between legal entities, who temporarily consolidate certain of their property to achieve a common goal.

As seen from the definition, the consortium is based on a contract or agreement. In the agreement two or more parties determine their rights and obligations, procedure for making contributions, distribution of profits, losses, responsibility under obligations, etc.

In a critical situation customers want to avoid having to find the party responsible for the consortium.

It is important to develop appropriate relationships between consortium members as well as between the customer and consortium. It is a common practice that a power of attorney is issued in the name of the consortium leader.

Civil legislation contains specific requirements to execute, issue and withdraw a power of attorney. In practice, powers of attorney are declared invalid or forged. Therefore, at execution of the power of attorney, care must be taken to ensure they are consistent with the legislative requirements and conditions of the participation agreement.

One way to mitigate such situations is to prepare the terms and conditions of the participation agreement carefully. Establishing an internal negotiating body consisting of authorised representatives of the consortium members is often helpful, on the assumption this body acts responsibly

Looking at Western practice, the issue of regulating the relationships between consortium members is addressed in different ways. One example is standard participation agreements which are used similarly to construction contracts. Starting with a standard is helpful and then it can be tailored to the specific situation. Greater resort to international experience would be beneficial for consortia in Kazakhstan.

The tax and customs aspects of work performed by the consortium and individual taxation of its members is an important consideration.  Bear in mind too that Kazakh accounting is based on IFRS.

Many consortium include foreign and domestic companies. So work must be allocated carefully so that the mere fact of non-resident entities participating in the consortium does not have adverse legal or tax effects.

From a tax perspective, it is important to take into consideration restrictions on goods imported to the Eurasia Economic Union (customs area) and Kazakhstan, as well as privileges and preferences. For example, it may be problematic where goods are transferred from the customer to the consortium leader and then between consortium members. Privileges may be lost and additional assessments arise. Indemnity for additional assessments may be important here.

The place of services (offshore/onshore), whether employees of any foreign consortium member come to Kazakhstan, and if yes, for how long, the tax agent and various other matters will determine the tax implications.

A consortium may be involved in public or quasi-public procurement (e.g. Samruk-Kazyna). Again, pitfalls exist.

Consortium participation in procurement begins with execution of a tender bid. Often tender bids are rejected merely due to formal errors such as incorrect name of the company, signatory, other data provided by potential suppliers at this stage. For a consortium consisting of two or more legal entities, correct completion and signing of tender documents by an authorised person is complex.

We are aware of a court case where the Customer requested the Court to recognise eight companies (members of a construction consortium) as black-listed companies for their failure to deliver the project on time. This was a state funded contract for the reconstruction of part of a road. Work was not finished in time and therefore, as per the contract, the consortium members became jointly responsible to the Customer. The court decided that almost all companies had defaulted on their contractual obligations and therefore were recognised as black listed companies i.e. not able to apply for the future construction work for a time. Interestingly, one company proved it had completed its portion of the work before the completion date. It avoided being black listed.

Therefore, it is crucial for companies, planning to participate in regulated procurement, to evaluate tender requirements in advance. They should think about operational procedures of the consortium members, and execute relevant provisions of the participation agreement correctly. They must consider the procedure for exit and/or assignment of claims or liabilities within the consortium and incorporate such measures in the customer procurement agreement.

In summary, although seemingly straightforward and not legislated, a participation agreement is a complex document. However drafted well, it will significantly mitigate potential costs both inside the consortium and within third party relations. 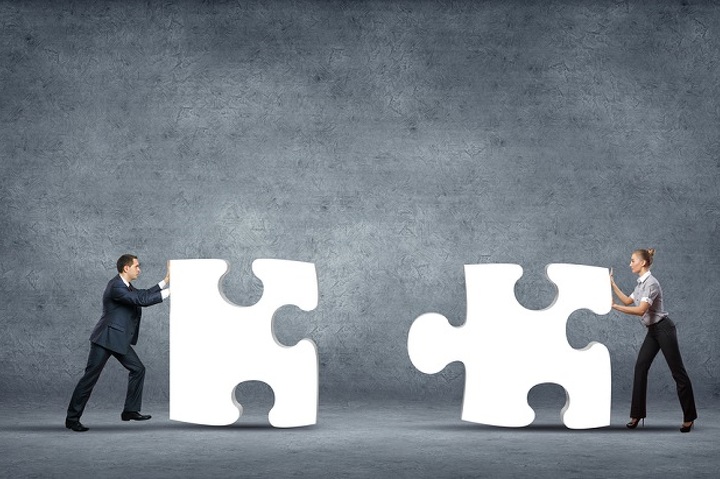