As businesses prepare for the pandemic to subside and the economy to return to a degree of normalcy, looming over many leaders is the specter of mass turnover—specifically, a “great resignation” If past recessions are any indication, turnover rates will rise as the economy recovers. Combine that with pent-up demand from workers whose job searches were put on hold due to the pandemic, and from employers who have struggled to fill white collar and service jobs alike, and it would seem natural to assume that the floodgates will soon open.

But that may not be the case. The pandemic-driven recession hasn’t been like most economic downturns—the stock and housing markets have boomed, and after an initial shock last spring, retail sales have quickly rebounded. The labor market has followed suit.

While the U.S. lost 8.5 million jobs from February 2020 to February 2021, the labor market is hot. Tightness, an economic indicator that tracks the ratio of job vacancies to unemployment, has virtually returned to pre-pandemic levels. Especially unusual is the rate at which employees are voluntarily quitting their jobs recovered in September. Employers worrying about how they’ll retain talent in a few months are already behind—they need to have it figured out now.

“We aren’t in the normal dynamic,” says Eliza Forsythe, a professor at the University of Illinois at Urbana-Champaign, who has studied the pandemic labor market. “At this point, it doesn’t look like people who want to leave their jobs are waiting.”

There are several potential explanations for the tightness of the job market. It’s important to remember that the unemployment rate doesn’t show the complete picture, as it only tracks those actively looking for work. The five million Americans who have left the job market altogether since the start of the pandemic, according to the Federal Reserve, are not counted in that figure.

People’s attitudes toward work have also changed. After a year spent unemployed or working from home, many have recalibrated the expectations they have of employers and the priorities they have for themselves. Applications to law and medical school have jumped by 20% and 18% respectively, a sign that many are reconsidering career paths, while there are now 1.4 million fewer mothers in the workforce than there were in early 2020.

Unemployment insurance, with its elevated pandemic bonuses, has been offered as an explanation by policymakers and economists, though some analysts have pushed back, arguing that its effect on returning to work is minimal. But perhaps most importantly, a good number of jobs, like those in the hospitality and restaurant industries, simply aren’t viable for everyone given the continued health risks of Covid-19.

Surveys that indicate young people will be particularly likely to leave their jobs should be taken with a grain of salt. In 2019, well before the pandemic, a whopping 74% of Millennials anticipated leaving their jobs in the next three years. “In general, young people have pretty high turnover rates,” says Forsythe. “They were also more likely than mid-career folks to have lost work due the pandemic.”

While a mass employee exodus is unlikely, employers should still invest in retaining and attracting talent. Many companies, particularly in tech, are extending flexible work arrangements beyond the pandemic. Microsoft and Salesforce, for example, are adopting permanent hybrid work models, while others like Dropbox, Twitter and Shopify will let their employees work from home indefinitely.

“The willingness to be flexible and accommodating to the changing needs of the workforce has been key to retention efforts,” says Paul McDonald, senior executive director at the recruiting firm Robert Half. “Childcare assistance, additional maternity or paternity leave, or subsidized tutoring can [also] be a huge differentiator for the employers offering them.”

Pay increases can help, too. After years of stagnation, average hourly wages for private sector employees grew from $28.80 in March 2020 to $30.17 in April 2021, according to data from the Federal Reserve. Meanwhile, companies with large hourly workforces have been offering one-time bonuses. In December, Walmart announced that it would pay its 1.5 million retail workers another $700 million in cash bonuses, contributing to a yearly total of $2.8 billion.

When the cost of replacing an employee can amount to twice their annual salary, a one-time bonus could be a critical long-term investment. “The potential for turnover is a major issue causing anxiety for leaders right now,” says McDonald. 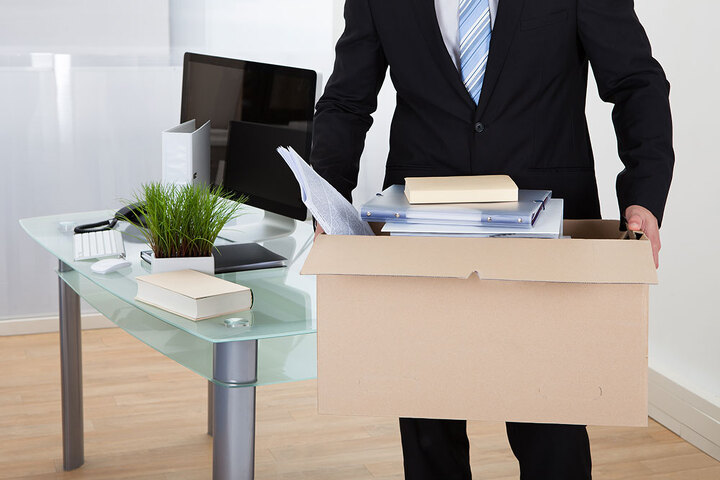