The world waited with bated breath for U.S. President Donald Trump to announce whether he would move to take the country out of the Paris Accord -- a decision that has global ramifications for climate change. Although it’s unlikely to alter the actions already taken to reduce emissions by many of the 190 countries that signed the agreement, the U.S. pullout potentially has a detrimental long-term impact on future talks and commitments. If the second-largest carbon emitter in the world opts out, what’s the incentive for others to stay the course?

In this worrying scenario, it’s more important than ever for other countries to step up, band together and truly commit to collaborating to tackle climate change. China, for example, has stepped up and reiterated its commitment to addressing the issue regardless of what others, including the U.S., may decide to do.

China is still the world’s biggest car market and largest emitter of greenhouse gas but the government has spent years working to change the narrative through policy and action. China evolved from being the focus of the COP15 Copenhagen Accord, to leading the implementation of the COP21 Paris Climate Agreement. Now with another crucial player -- the U.S. -- withdrawing from the deal, China is poised to become one of the most active countries in addressing climate change.

China’s adherence to the Paris Agreement has generated both real on-ground impact and a symbolic effect. The government recognizes the country’s vulnerability to climate change. Rising sea levels along its eastern coastline is putting at least 145 million people at great risk of flooding, while rampant desertification in the northwest is swallowing several thousand square kilometers of productive soil every year.

Equally important, China also recognizes less wealthy neighbors such as Myanmar, India and Laos that are less equipped to deal with climate stresses, as they can lead to potential instability on its borders. The silver lining to the climate cloud is that natural disaster hits everyone equally and therefore motivates collective action like virtually no other problems we face. Imagine, what would happen when hundreds of millions of people living at one meter above sea level in the deltas of the Ganges, Irrawaddy and Mekong rivers are confronted with a two-meter rise in the ocean? This possibility demands a regional and global response. Think humanitarian, equity and security reasons rather than simple environmentalism. We all share the consequences.

Across the world, countries and businesses are feeling the financial impact from climate change, from dangerous levels of air and water pollution in China, to the haze in Indonesia that has affected its neighbors in Southeast Asia. Studies have shown that global warming will cost the world economy more than US$1.95 trillion a year in lost productivity by 2030 . We have all witnessed the multiplier effect brought by climate change – It disrupts supply chains, creates civil disorder and lost productivity, which imposes additional burden on businesses.

With the end of the space shuttle program and the planned decommissioning o... →

Corporations and governments around the world are also stepping up to mitigate climate change impact and pave the way for sustainable development. At the forefront of this global effort is carbon pricing and emission trading. Both incorporate the same economic concept, which is to put a price on carbon and charge its emitters, ensuring carbon emissions are accounted for.

Accounting for previously unanticipated costs related to climate change will give companies greater predictability and a surer path to growth. It will require broadening the scope of their accounting sheets and potentially attaching a price to every resource they consume. One noteworthy example is the internal carbon pricing program adopted by Microsoft in 2012. The company reported that the program has since reduced emissions by 7.5 million metric tons and saved the company $10 million a year.

Business aside, climate change is a particularly difficult issue for all elected government officials to tackle. They are often reluctant to address it as the harm often occurs outside of the tenure of their service. When confronted with such issues, China’s one-party system has the advantage of being able to act more nimbly and plan further forward. China is set to implement the world’s largest mandatory national cap-and-trade emissions trading scheme in July this year. With an estimated quota of between three and five billion metric tons of greenhouse gas emissions, it will be twice the size of the EU’s and larger than all existing carbon markets combined.

In addition to carbon trading, China is also leading the global clean energy space. It is home to five out of the six largest solar companies in the world. In 2016, China invested more than $87.8 billion in clean energy -- significantly more than U.S. investment of $58.6 billion and the EU’s $70.9 billion.  Hydropower, being the most widely used form of renewable energy, continues to grow rapidly.

Governments and corporations are not the only major players in mitigating the impacts of climate change. Non-profits are uniquely positioned to work with all sectors to facilitate the process and to add solution-oriented expertise to the conversation. While it is difficult to tally the exact dollar amount that NGOs bring to the table, there are numerous examples of how NGOs are playing the critical role to coordinate all to share resources, propose and implement win-win solutions on a large scale.

For example, in accordance with China’s clean energy development goals, The Nature Conservancy has been collaborating with government agencies, communities and businesses such as the Three Gorges Corporation and the Goldman Sachs Group to identify realistic development pathways that will keep intact thousands of kilometers of free-flowing rivers, while providing clean energy sources to people around the world. We are also helping to improve the environmental performance of hydropower in the U.S., Mexico, Colombia, Brazil and Gabon.

With the U.S. commitment to climate change in doubt, this is a time for countries, corporations and non-profits to do even more. Just as we all share the consequences of climate change, it’s crucial for us to remain open and committed to share the knowledge, expertise and best case practices in working together on developing and executing conservation solutions. 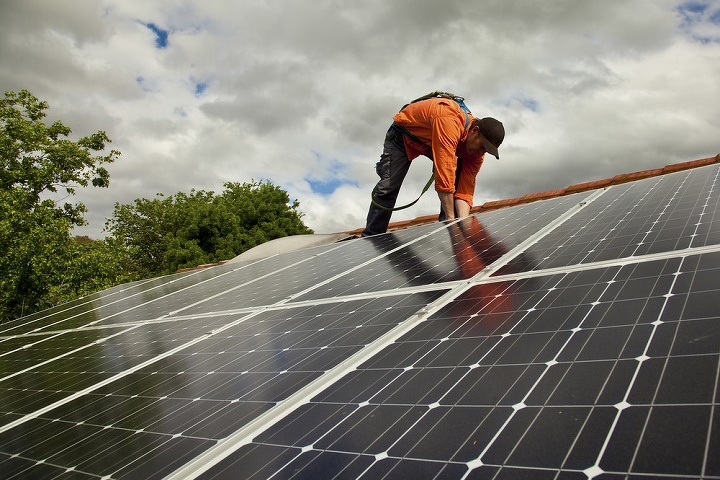