Andy Jassy will step into the top management role at the technology and retail behemoth Jeff Bezos built on July 5 — 27 years to the day after the outgoing chief executive officer incorporated Amazon.com Inc. Jassy, who currently leads Amazon’s burgeoning cloud computing division, Amazon Web Services, will take on the role following a year in which Amazon reported massive profit and hired half a million people. But he will also have to manage intensifying regulatory scrutiny and growing calls from shareholders to improve the company’s diversity practices and impact on civil rights, while helping to integrate and develop entertainment content after Wednesday’s announcement of Amazon’s $8.45 billion acquisition of film studio MGM.

“Andy is well known inside the company, and has been at Amazon almost as long as I have,” Bezos said during his final annual meeting as CEO Wednesday. “Andy will never let the universe make us typical.”

Bezos sought to reassure investors that the company had a bright future under its new leader and told them the company will continue to innovate aggressively despite its massive scale, including investments in autonomous delivery vehicles and a satellite program known as Kuiper to provide low-latency, high-speed broadband. “I can guarantee you that none of these ideas are guaranteed to work,” he said. “The only way to get above average returns is to take risks, and many of them will not fail.”

Jassy did not address shareholders at the meeting.

Bezos also answered concerns about the company’s impact on competition and regulatory scrutiny, a day after the District of Columbia filed an antitrust lawsuit against Amazon, believed to be the first against the company by a U.S. government agency. The case alleges that Amazon has prevented sellers in its online marketplace from charging lower prices than those available elsewhere, keeping prices — and profits — high.

Bezos pointed to Amazon’s cloud businesses, suggesting that they operate in competitive industries with other players that are growing quickly, including Twilio and Snowflake. “We face intense competition from well-established companies everywhere we do business, in every industry,” he said. “We recognize that with success comes scrutiny and we welcome it. Our goals are in line with our competition, low prices, wide selection, convenience, and ever-improving innovation.”

Bezos’s comments came as Amazon beat back more than a dozen shareholder proposals, including one that sought to prevent him from taking over as chairman, and instead appoint an independent director.

Another proposal that received significant attention but failed to get majority support had called for the company to conduct a third-party audit of its impact on civil rights, similar to studies conducted by Facebook and Airbnb. While it's not immediately clear how institutional investors such as BlackRock, Fidelity and Vanguard voted, backers hoped that large support would prompt Amazon’s leadership to act on the proposal. Other proposals called for audits on the company’s facial recognition software and the risk of selling it to governments, and a study on Amazon’s customer due diligence.

Amazon’s executives also sought to address the demands of its employees, who in the past year attempted to form a union, filed lawsuits alleging discrimination and retaliation and called on leadership to bolster diversity hiring. Alicia Boler Davis, Amazon’s vice president for global customer fulfillment, who became the first Black woman to join Amazon’s small executive branch known as the S-Team last year, said the company is vowing to become both Earth’s best and safest employer.

“While it may be easy for critics to paint in broad brush strokes an image of a cold-hearted employer and negative working conditions, the reality is very different,” Boler-Davis told shareholders. “We prioritize the safety of our employees and customers above all else.”

Earlier in the meeting, chief financial officer Brian T. Olsavsky said Amazon hired 500,000 new employees in 2020, bringing its total to more than 1.3 million globally. He added that Amazon generated $386 billion in sales, up 38% year-over-year, a figure bolstered by its market-leading cloud computing division, which generated $45 billion in revenue.

Such positive metrics, coupled with high profile acquisitions, including the $8.45 billion purchase of MGM and the $13.7 billion purchase of Whole Foods in 2017, are evidence of Amazon’s track record of spending big to enter more markets and industries.

But under Jassy, who built Amazon’s cloud division into a technology behemoth, the company will need to navigate increasing scrutiny from government agencies and the potential for more activism from Amazon employees — issues that Bezos has largely avoided for almost three decades. “While it won’t be easy, I do predict Andy will also find it satisfying, and oftentimes fun,” Bezos said. 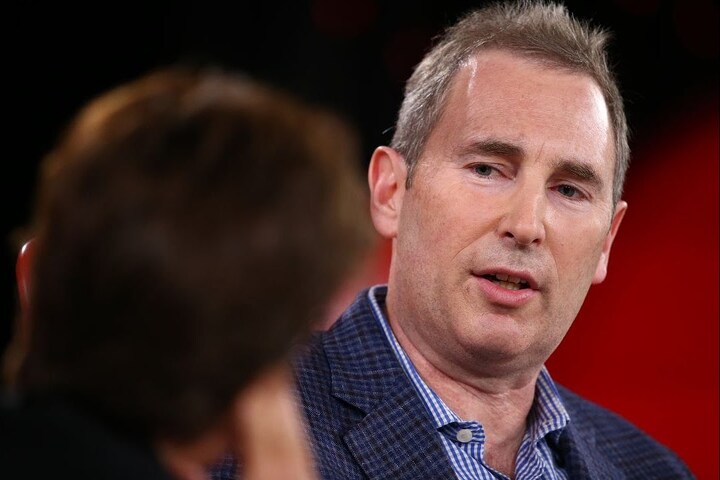