NEW DELHI – The Apocalypse is now. That is the glaring message of the perfect storm of COVID-19 and climate change that has now broken. The pandemic is unlikely to end for years, as the novel coronavirus mutates into increasingly transmissible, drug-resistant variants. And the climate catastrophe is no longer “impending” but playing out in real time The latest report by the Intergovernmental Panel on Climate Change – whose assessments predate the extreme climate events of the past year – tells us that some drastic adverse climatic changes are now irreversible. These will affect every region, as the recent heatwaves, wildfires, and floods demonstrate. They will also severely damage many natural species, and adversely affect the possibilities for and conditions of human life.

Keeping future global warming to a manageable level (even if above the 2015 Paris climate agreement goal of 1.5°C) will require a massive effort, involving sharp economic-policy reversals in every country. Major changes in the global legal and economic architecture will be essential.

For its part, the pandemic has devastated employment and livelihoods, pushing hundreds of millions of people, mostly in the developing world, into poverty and hunger. The International Labour Organization’s World Employment and Social Outlook Trends 2021 shows the extent of the damage in grinding detail. In 2020, the pandemic caused the loss of nearly 9% of total global working hours, equivalent to 255 million full-time jobs. This trend has continued in 2021, with working-hour losses equivalent to 140 million full-time jobs in the first quarter and 127 million jobs in the second quarter.

On current trends, projected employment growth will be insufficient to make up for these losses. So, even in 2022, total employment will be lower than in 2019 by the equivalent of at least 23 million full-time jobs. This is despite relatively strong job growth in the United States, meaning that labor-market deterioration in other, mostly poorer, regions will be even sharper and more intense. Moreover, the “new” jobs associated with recovery from the pandemic will be predominantly low-paying and poor quality.

Meanwhile, economic inequality between and within countries has reached levels that were unimaginable in the already extremely unequal pre-pandemic world. While many people face substantial income losses, declining access to basic needs, acute deprivation, and hunger, a tiny minority of the extremely wealthy and a few large corporations have grabbed even more income and wealth, thereby multiplying their assets.

Today’s new forms of conspicuous consumption – such as the world’s richest man, Jeff Bezos, recently spending $5.5 billion for a four-minute ride around suborbital space – are literally out of this world. This amount could instead have funded the COVID-19 Vaccine Global Access (COVAX) facility to provide vaccines to two billion people in poor countries, who are currently unlikely to get them in the next two years.

This state of affairs obviously cannot continue for long without major social tensions and civil unrest. Indeed, the perfect storm we are beginning to experience will soon include much more social and political instability. Rather than spurring a progressive and transformative agenda, this could descend into ethnic, racial, and other forms of conflicts, violence, and chaos.

This nightmarish scenario can still be averted with substantially increased international cooperation on a few key issues. On climate, governments could collectively declare that they will cut carbon dioxide and other greenhouse-gas emissions more sharply in order to reach net zero in a decade, rather than several decades.

Rich countries with high legacy emissions should obviously make the deepest cuts and transfer green technologies to the developing world without conditions, enabling the latter also to decarbonize rapidly. Funds for climate adaptation are now essential, and proposed global public investment can enable swift action on this.

To control the still-raging pandemic, it is imperative to redistribute available vaccine doses immediately, and remove legal constraints on widening production through compulsory licenses. In addition, the pharmaceutical firms that benefited from large COVID-19 vaccine-development subsidies must share their technology with other producers to increase supply, as the World Health Organization Council on the Economics of Health for All has recommended. Building resilient and decentralized manufacturing capacity, including in the public sector, will be vital in order to deal effectively with future pandemics and other health crises.

As for economic policy, global tax cooperation is a no-brainer. Simple rules that would make multinational companies pay the same rate of tax as purely domestic firms, and ensure that the revenues are shared fairly between countries, would reduce inequality and provide fiscally constrained developing economies with much-needed resources.

Unfortunately, the current state of global politics means this necessary and feasible agenda is unlikely to be realized. Leaders of major countries have so far displayed a pathetic lack of ambition. Instead, they have paid lip service to these existential challenges, while remaining subservient to private capital and vested interests, and all too willing to play to national and local galleries.

The attitude of G7 governments, which are more obsessed with China’s rise than with preserving our increasingly fragile world, has been especially depressing. Their COVID-19 vaccine nationalism is short-sighted and obscene, while their rigid attachment to intellectual-property rights allows private firms to restrict knowledge and production in order to maximize their profits. These stances have reduced trust and hampered international cooperation to tackle the pandemic.

Humanity still has a chance to step back from the brink. Will it do so, or will future species wonder why we chose to participate actively in our own destruction? 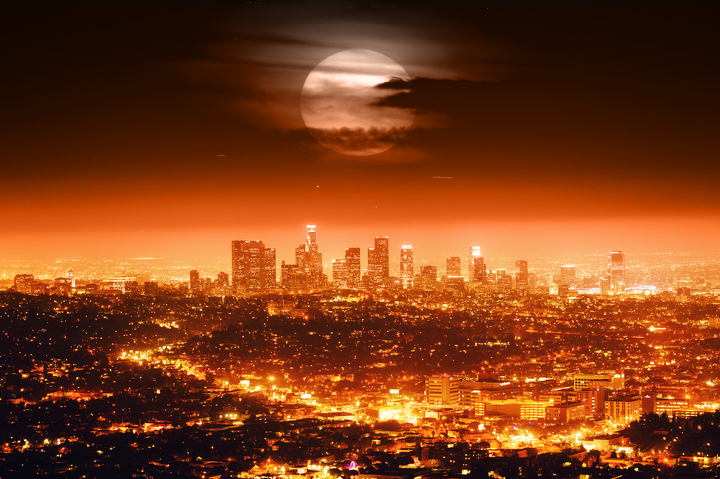