The 2018 FIFA World Cup Russia features 32 teams competing over 32 days. Those 32 teams each boast a squad of 23 players, including three goalkeepers, for a total of 736 players. With soccer and tax nearly hand in hand these days, that means that the World Cup rosters are bound to feature some names embroiled in scandal. Here are eight soccer players in the 2018 FIFA World Cup Russia who have been caught up in tax scandals:

Lionel Messi (Argentina). One of the most recognizable soccer stars in the world—despite never having won a World Cup—Messi was initially charged with tax evasion in 2013. Specifically, Spanish tax authorities alleged at the time that Messi’s father used a series of shell companies in tax havens to shield royalties and licensing income from tax. Authorities had alleged that income from lucrative contracts with companies like Pepsi-Cola, Procter & Gamble and Adidas was funneled offshore through an elaborate maze of entities so that Messi and his father could avoid paying income tax in Spain as far back as 2005 (he signed with FC Barcelona in 2001).

Messi maintained that he was innocent throughout the proceedings. Still, shortly after the charges were made public, he took steps to clear his tax debt, making a “corrective payment” of €5 million (US$6.57 million). In 2015, Spanish tax authorities ordered the footballer to stand trial.

At trial, Messi testified that “I was playing football. I had no idea about anything.” Messi also told the court that he did not actively participate in managing his finances. “I trusted my dad and my lawyers,” he explained, claiming that he did not even read documents that he signed. The court didn’t buy it, and in 2016, Messi and his father, Jorge Messi, were found guilty of tax fraud and sentenced to 21 months in prison. The length of the sentence is significant because, in Spain, those who receive a light prison sentence do not usually serve time unless the offense involves a violent crime or if the defendant is a habitual offender. Typically, a light sentence is one under two years which means that the pair would likely serve probation. Neymar (Brazil). Neymar da Silva Santos Júnior, known simply as Neymar, has also been found guilty of tax fraud for failing to report his earnings. However, Neymar’s case is a little more complicated. At its root, here’s what it involved: FC Barcelona wooed Neymar while he was at another club, and was accused of lying about the amount of the contract to Neymar’s former club (and to the public). The difference in the contract price and the amount paid was allegedly directed to a Brazilian company controlled by Neymar’s father. Spanish prosecutors assert that the payments were disguised to avoid reporting and tax requirements.

Initially, Neymar and his father denied any wrongdoing, suggesting that any resulting tax consequences would be addressed in Brazil. That’s exactly what happened: In 2015, Brazilian Judge Carlos Muta charged Neymar with “omitting sources of income from abroad” from 2011 to 2013, resulting in a tax loss to the government of nearly $20 million. Judge Muta ordered 188.8 million reals (US$47.75 million) of Neymar’s assets frozen.

In 2017, Neymar’s lawyer declared that Neymar was willing to pay a fine of £1.9 million (US$2.49 million) to settle those claims. While Neymar was ultimately cleared of tax fraud, he was levied with a fine of 3.8 million Brazilian reales (US$1.18 million) for actions related to his case. Judge Muta said that Neymar’s conduct “characterizes litigation of bad faith and a detrimental act to the dignity of Justice.”

In 2015, a court in Spain found that there was enough evidence to go to trial over allegations tied to the transfer. Those pegged for prosecution included FC Barcelona, club president Josep Bartomeu and former club president Alexandre “Sandro” Rosell (Rosell resigned in 2014 over the scandal, though more legal troubles followed him). FC Barcelona eventually paid taxes and fines related to the matter in what it called “an error in tax planning.” Neymar had warned that the tax issues could cause him to leave Spain, and in April of 2017, he signed with France’s Paris Saint-Germain. Javier Mascherano (Argentina). FC Barcelona saw another player added to the list of those accused of tax fraud in 2015. In a hearing that took a little more than ten minutes, Javier Mascherano admitted that he failed to pay taxes on earnings for the years 2011 and 2012. Like Messi, Mascherano’s tax woes involve assigning image rights to companies located in tax havens.

Lessons From Sochi: How South Korea Managed Keep Its Olympics Costs So Low

The 2014 Sochi Winter Olympics were the most expensive in history, costing ... →

Following his guilty plea, Mascherano was fined €815,000 (US$880,078) and sentenced to 12 months in prison (four months for the 2011 charges and eight months for the 2012 charges). The prison sentence is largely ceremonial since, as noted earlier, those who are sentenced to light sentences in Spain generally dont serve time.

Filipe Luis (Brazil). In 2014, Spanish tax authorities set their sites on another soccer transaction: Luis’ move from Deportivo La Coruña to Atletico. The transaction was subject to value-added tax (VAT)—think of VAT like a distant cousin to our sales tax. The tax authorities weren’t so sure that tax had been paid. While the club sorted things out, Luis waited. He was not individually charged with any wrongdoing.

Diego Costa (Spain). Diego Costa may be a hero in Spain this week, but 2018 has not been kind to him on the tax front. He is reportedly under investigation linked to unpaid taxes from a lucrative soccer cleat deal.

According to El Mundo, Costa signed an agreement with Adidas worth about €800,000 (US$925,160). The Spanish tax authorities allege that at least half of that amount was not declared as income for tax purposes. The timing, however, complicates matters. The Spanish tax authorities allege that the Brazilian-born Costa signed the contract while he lived in Spain but before he signed on to play for Chelsea. Costa, however, alleges that he was British resident for tax purposes at the time and therefore has no obligation to pay tax in Spain.

It will be difficult for historians of commerce and sport to find a finer a... →

Radamel Falcao (Colombia). Radamel Falcao’s chances on the pitch may turn out for the best, but taking a chance in Spanish court did not. In 2018, Falcao was found guilty of tax fraud. He had been accused of defrauding the tax authorities of €822,609 (US$950,697) in 2012 and €4,839,253 (US$5,592,768) in 2013 through the use of—you guessed it—a series of offshore shell companies used to hide income from image rights. Spanish tax authorities charged that the system was created “with the sole aim of hiding from the Spanish taxman.”

In 2017, Falcao settled his outstanding tax liability by making a €8.2 million payment to tax authorities. Like Messi, that wasn’t enough. Falcao was sentenced to a 16-month jail sentence and €9 million fine by a Spanish court for tax fraud. As with Messi, the sentence will likely not result in actual jail time because of the length of the sentence and the type of crime.

James Rodriguez (Colombia). What does James Rodriguez have in common with Luis, Ronaldo and Falcao? His agent, Jorge Mendes of Gestifute International. Mendes has been asked to appear in court to testify in tax trials involving Ronaldo and Falcao. He has previously testified that he “never advised players in tax matters.” He has also denied any role in creating shell companies for his clients.

Rodriguez has not been formally charged with wrongdoing, but according to various sources including Der Spiegel, he has been alerted that he is under investigation. A likely target of inquiry? The offshore company that manages his image rights. Cristiano Ronaldo (Portugal). In his first game at the 2018 World Cup, Cristiano Ronaldo scored a hat trick. One of the most recognizable faces in modern soccer, Ronaldo was accused of failing to pay 14.7 million euros (US$16.5 million) in taxes by funneling income related to image rights (meaning his likeness, the very thing that Ronaldo capitalizes on) through a series of offshore companies.

Ronaldo had appeared immune to the tax allegations that have affecting other famous soccer players, leading some to speculate that there was a conspiracy targeting FC Barcelona players (Ronaldo plays for rival Real Madrid). However, suspicions against Ronaldo were raised after the so-called “Football Leaks”—think Panama Papers focused on soccer—suggested that Ronaldo had underreported his income.

The biggest sports stars on the planet had another banner year with the 100... →

Ronaldo’s management team, Gestifute, has consistently denied the allegations, going so far as to post a statement on their website saying in part that Ronaldo “never has been involved in any conflict with the tax authorities of any country.” The company also said, “In conclusion: the declared amount can be discussed, but it is clear that the football player did not try to evade taxes.”

However, this month, Ronaldo allegedly reached a deal with the Spanish tax authorities. As part of the deal, he will pay €18.8 million (US$21.73 million) in taxes, fines and interest. As part of the deal, Ronaldo agreed to plead guilty to four counts of tax fraud. In addition to the financial pinch, Ronaldo’s deal means that he will be sentenced to six months in jail for each offense, for a total of two years in prison. Ronaldo will serve the sentence as probation, consistent with the treatment of other nonviolent first offenses.

So, why are so many of these cases? And why are so many tied to Spain? The answer to the first question is likely complicated. In many cases, young players are paid a lot of money very quickly—and they may rely on financial advisors who may convince them that hiding their business dealings, especially when it involves intangible assets (meaning those you can’t physically touch) like image rights, is acceptable. That can lead to complicated, and possibly illegal, tax moves.

The answer to the second question is perhaps a little easier to answer. Years ago, the so-called “Beckham Rule” was made law in Spain to allegedly benefit England’s David Beckham, who moved to Spain to play for Real Madrid. Under prior Spanish law, you could elect to be taxed as a nonresident if you lived and worked in Spain, if you met certain criteria. The law was short-lived and wrapped in 2010 (perhaps, not coincidentally, after Beckham left Spain). Most of the recent allegations aimed at soccer players have their beginnings in 2011 and after. 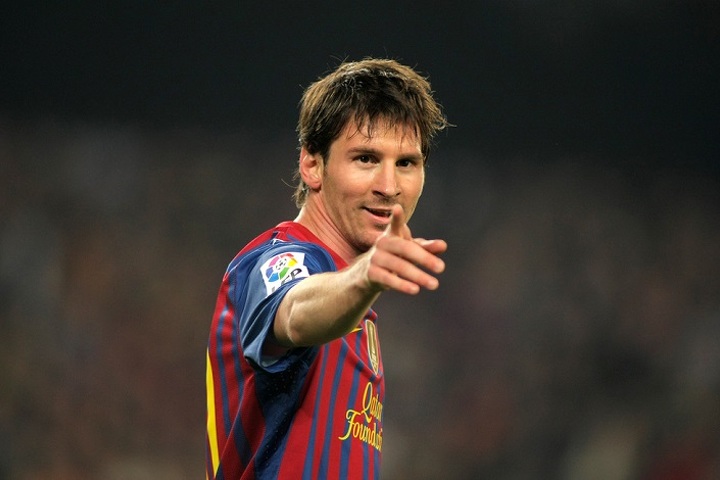