God loves the trinity. Should Almaty apply third time to host the Winter Olympics in 2030? XXVI Olympic Winter Games in 2030, is an upcoming international multi-sport event, which will be organized in a city designated by the International Olympic Committee (IOC). It is expected that the winning bid for the host city will be announced at the 139th IOC Session in Beijing in 2022 or on the 140th IOC Session to be held in Mumbai, India in 2023.

Historically, Almaty has already applied twice and lost to the Olympics organizers of Sochi-2014 and Beijing-2022. Interesting fact, that Korean Pyeongchang-2018 lost organization of winter Olympics twice to Vancouver-2010 and Sochi-2014 as well, but won third fight to host Olympics in Korea in 2018.

BEIJING – Among educated and internationally savvy Chinese, no current topi... →

Unfortunately, applications of the Soviet Alma-Ata to USSR Olympic Committee end of the 80-s, didn’t find its continuation, so Norwegian Lillehammer-1994 and Japanese Nagano-1998 became organizers of the winter Olympics that time.

God loves the trinity, so Almaty will submit its third application to host Winter Olympics. Each of those organizers is not just a city of prosperity, happiness and well-being, but also representative visit card, an exemplary model touristic place of its country!

However, the primary, fundamental criteria for the Olympic Games in Almaty is the political will of the Government, sport functionaries desire and Civil Society approval.

Taking into account all the Olympics feasibility studies already finalized by the key competing cities like Barcelona, Salt Lake City and Sapporo, such «contra» arguments as the lack of snow in Barcelona (Pyrenees), recently held Olympics in Salt Lake City in 2002, as well as in Japan just in 2021, are no more decisive for the choice procedure. Public acceptance of the country becomes a key factor.

However, preparations for the Winter Olympics in Almaty are mostly not about new infrastructure construction, but about general renovation, retrofit, renewal and modernization of the aging, dilapidated garden city of Almaty during the next 8 years, until culmination in February 2030.

What Olympics infrastructure does Almaty already have today?

What needs to be implemented by 2030?

1. Almaty heat-electric generating plant-2 should be reequipped with Combined Circle Gas Turbine technology, as well as public and municipal transport equipped with CNG gas or electric traction.
2. Metropolitan should be circled into a ring line with existing railways Burundai-Almaty-1-Almaty-2.
3. Tramway should be reestablished inside of the city along Tole-Be Avenue and brought out to suburbs of «Altyn Orda» - «Aport Mall» in the west and «Halyk Arena» in the east.
4. Trolleybus catenary and substations should be completely retrofitted, and road lanes must be allocated and marked for trolleybus lines.
5. Number of buses in Almaty should be increased up to 3000 vehicles. Today city's total fleet is about 2000 buses, but in fact only 85% or 1700 buses under operation, which cannot cope with huge passenger traffic.
6. Number of hotel rooms can be easily increased by building of private three- and four-star hotels.
7. Almaty Airport will be extended with new international terminal until 2025 servicing total passenger traffic flow of 6 million people per year.
8. BAKAD bypass highway will be commissioned with seven radial interchanges and exits from the city by 2024.
9. Overground cable gondola funiculars on supports from Al-Farabi Avenue should be forwarded to the foothill residential areas of Karagalinka, Almarasan, Ermensay, Baganashyl, Remizovka, Kamenskoye plateau, Kolsay, Sulusay.
10. Bobsleigh track will be allocated next to «Sunkar» ski jumping arena.
11. Venues for modern winter Olympic disciplines mogul, freestyle and snowboard will be located on the territory of the «Tabagan» ski resort next to Beskaynar village.
12. High-mountain ski track for slalom, giant slalom and downhill will be organized south of the Beskaynar, next to the former «Almatau» hotel.

NEW DELHI – The International Development Association is the part of the Wo... →

At the end of the 80-s last century, chairman of the leading civil work company by Ministry of highways «PromDorStroy» Mr. Yaglinsky, who was engaged in construction of «Shymbulak» and «Medeo», together with French professionals, proposed a large-scale ski development of the Oikaragai plateau in Turgen-Kairak, as well as the Kaskelen gorge, next to Ushkonyr plateau, having carefully surveyed and studied the massifs. However, these protected areas are so large, grandiose and unique that it is more rational to preserve these beautiful mountain ranges for future more intelligent and delicate generations, as well as, incidentally, Kokzhailau.

Taking small preparation steps every year for the Winter Olympics until 2030 or 2034, Almaty will certainly become the organizer of the Games in the upcoming years, since the city is culturally and climatically predisposed for Olympics. To do so, we do not need to invest billions of capital investments in grandiose construction projects, we just need to restore, repair and modernize already historically existing or aged objects, like: Big Almaty Canal, Tramway, Hippodrome, Velodrome, Kolsai-Sulusai bike serpentine, «Spartak», «Dynamo», «Lokomotiv», «Medic» stadiums, a network of former small hotels like «Medeo», «Ainabulak», «Akkayin», «Kumbel», «Almarasan», «Almatau», «Alatau», ski resorts «Dynamo» and «Enbek».

The sports authorities of Kazakhstan should just formally control submission of application for Game organization on time and the preparation of the feasibility study for Winter Olympics to be held in Almaty in 2030 or 2034. 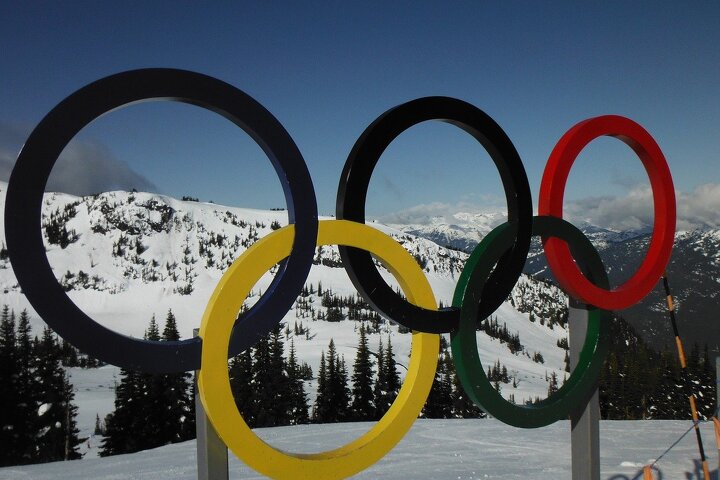