BEIJING – Among educated and internationally savvy Chinese, no current topic is more despised than the bickering over Chinese and American medal counts at the Tokyo Olympics Narrow-minded nationalism holds scant interest for them, just as it does for most educated Americans – and, generally, for me. But, as an economist, I am not so dismissive toward the medal-count discussion.

In fact, a country’s Olympic medal count can be very telling. First, it can reflect a country’s resources – how much physical and social capital it has accumulated. The larger and more prosperous a country’s economy, the more likely its citizens are to have the leisure time and material resources to invest in supporting their national teams’ preparation for the Games.

Second, medals can be an indicator of a country’s social stability. A country ravaged by war or disease – such as, this year, COVID-19 – is unlikely to have the luxury of directing much attention, let alone funds, to its athletes. Viewed through this lens, the 2020 Tokyo Olympic Games provides a wealth of information for analysts of the great-power competition in which China and the United States are now engaged, and offers three crucial lessons.

Before laying out those lessons, we should set the stage. From day one of this year’s Games, China led the gold-medal count. As the Games unfolded, China and the US were neck and neck, in the closest race for golds the two countries had ever had. Then, on the final day of the Games, the American women’s volleyball team beat Brazil to win gold, and the US pulled ahead by one.

In the overall medal count, America’s dominance was more pronounced. The US led throughout the Games, and ended up ahead by more than two dozen. With this, the first lesson comes into view: the US remains the world’s strongest superpower by a large margin. The world – and, more importantly, the US – should take this as a fact.

America’s dominance in sports reflects its status as the world’s most powerful economy and its richest society, a place where people have abundant leisure time, access to a solid education, and the means for high consumption. Many people in the US forget this, and become paranoid about China “catching up.”

When policymakers think this way – exaggerating the so-called China threat – they often support policies that are irrational, unnecessarily aggressive, and short-sighted. It is therefore imperative that the US keep in mind the first lesson from the Tokyo Olympics, remaining self-confident, rather than treating China as a grave threat.

The second lesson from the China-US medal competition is that both countries should focus on addressing their own weaknesses and performing to their best ability, rather than trying to trip up the other. China did relatively well in this year’s Olympics – especially in light of the country’s widely perceived disappointing performance at the 2016 Games in Rio de Janeiro – as a result of intense training and hard work.

To date, there are more than 200 cryptocurrency exchanges worldwide allowin... →

By contrast, the US generally underperformed in Tokyo, winning significantly fewer medals than expected in areas where it is traditionally dominant, such as swimming and track and field. A defining moment was the men’s 4x100-meter relay, when the US team lost a significant lead – and a spot in the finals – after failing to pass the baton smoothly.

The US team’s disappointing performance might partly reflect the domestic tumult of the last couple of years, particularly the disruptions to practice caused by the COVID-19 pandemic. And perhaps the social protests involving African Americans, who usually form the foundation of great US Olympic teams, played some role as well.

The third lesson is perhaps the most important: learning and opening up are key to the success of all countries. Neither China nor the US is perfect. Both have flawed social, economic, and political institutions, and much to learn from each other’s best practices.

China’s larger-than-life hero of the Tokyo Olympics was Su Bingtian. Although Su did not win any medals, he broke the Asian record for the men’s 100-meter dash during the semi-finals, becoming the first Chinese athlete and the only Asian since 1932 to make it to the event’s finals (where he placed sixth).

A major factor in Su’s success is that, unlike many of his Chinese peers, Su was trained by a renowned coach from the US – a world leader in track and field, especially in short-distance sprint events. Su’s coach introduced new ideas and applied a new framework to his training, helping him to become a more effective runner.

In the China-US competition, both countries should follow Su’s example. China can keep learning from American best practices in a variety of areas. Likewise, the US should not brush aside China’s economic and social successes as pure luck or cheating. An openness to exchange and a genuine desire to learn would help both countries to perform better. And by defusing bilateral tensions, it would make the race less cutthroat.

David Daokui Li, a former member of the monetary-policy committee of the People’s Bank of China, is Director of the Academic Center for Chinese Economic Practice and Thinking and Professor of Economics at Tsinghua University 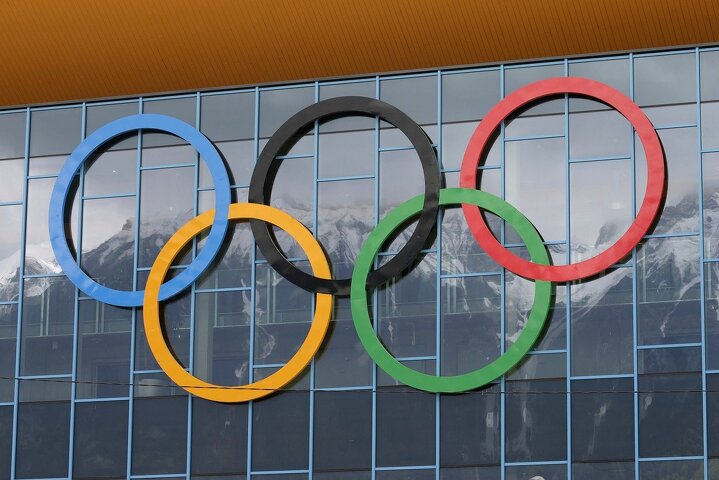