Thousands of businesses have joined the Race to Zero campaign and countries have enhanced their nationally determined contributions (NDCs) under the 2015 Paris climate agreement. But there is still a significant gap between ambition and meaningful action. As the Climate Action Tracker’s latest research indicates, current national policies put us on a path to 2.9° Celsius of warming, relative to pre-industrial levels, by the end of this century – substantially above the Paris climate agreement’s goal of 1.5°C.

NEW YORK – The world has finally awoken to the existential imperative of se... →

In this critical decade of climate action, the United Nations climate-change conference (COP26) this November will serve as a litmus test for global ambitions. Make no mistake: the goal of building a net-zero-emissions society by 2050 is indeed ambitious and will be quite challenging; but it is absolutely feasible. According to the International Energy Agency, all of the technologies needed for the necessary cuts in global emissions by 2030 already exist. And for mid-century targets, a McKinsey & Company analysis shows that over 85% of the necessary emissions reductions can be achieved with technologies that are either already mature or in their early adoption phase.

Since energy production and usage accounts for around 73% of global emissions, getting this part of the transition right is our best chance to take a quantum leap toward net-zero. But first we must overcome some obstacles. It is well documented that the costs of renewable energy – specifically solar and wind – have plummeted over the last decade, making renewables the cheapest source of power in more than two-thirds of the world. But if that is the case, why is the energy shift happening too slowly?

What Governments Must Do

Simply put, the green transition is being delayed by a lack of appropriate regulatory and institutional frameworks and policies designed to send the right market signals. The decreasing cost of renewable energy is just one important variable in the equation. Governments also need to establish renewable-energy targets and market instruments to pave the way for de-risking, better planning and permitting processes, and investments in modern electricity grids and infrastructure, as argued in a recent Ørsted/World Resources Institute working paper.

What concrete steps can governments take? First, the energy transition will require substantial investments – $131 trillion between now and 2050, according to an estimate by the International Renewable Energy Agency. Because the majority of the investments in the energy transition are expected to come from the private sector, strong partnerships between public and private actors will be essential to achieving scale. Governments can commit to strong, mandatory climate policies and renewable-energy targets to signal to investors and the market that the energy transition will be a priority both now and in the long term. Pairing these targets with the right markets and contract designs will help increase the potential of new projects to attract private investment.

BEIJING/WASHINGTON, DC – Four years ago, we argued that the rise of electri... →

Scaling investments in renewable energy must also be done in a way that ensures that the transition occurs in harmony with people and nature. To ensure that the benefits – such as the creation of good jobs – can be felt across all communities, early engagement and collaboration with local stakeholders will be crucial. Putting sustainability at the heart of the transition is equally important, which is why we recently announced that all our new renewable-energy projects will have a net-positive contribution to biodiversity by 2030, at the latest.

Governments also must improve the availability, affordability, and predictability of seabed leases for offshore wind. This is an urgent issue. The share of renewable electricity generation needs to grow eight times faster than the current rate in order to meet the goals of the Paris agreement. Every delay to the permitting and consent process puts more distance between us and a path to the 1.5°C target.

Finally, governments must ensure that renewable-energy systems are both modern and future-proof. Wind and solar power projects get most of the media attention, but investments to improve and expand electricity grids within and between jurisdictions are equally important. Besides being crucial to the transmission and distribution of power to where it’s needed, this infrastructure also will make the energy system more flexible and resilient.

Wind and solar power, together with expanded electrification, can take us most of the way to our decarbonization goals; but these technologies alone will not be enough. In hard-to-abate sectors such as heavy transport, steel, and ammonia – all of which account for around 20% of global emissions – renewable hydrogen and green fuels must be deployed at scale.

A key challenge for the hydrogen and green-fuel industries and for off-takers, however, is that supply and demand need to be developed simultaneously. We can’t afford to wait another decade for large-scale commercial uptake of these technologies. Governments must step in to help accelerate the shift by removing regulatory barriers and providing direct support for these technologies’ development.

Similar to offshore wind power, the costs of renewable hydrogen and green fuels can be reduced through industrialization and production at scale. As we recommend in a white paper on “Power-to-X” (processes that convert electricity into other fuels), governments can establish regulatory frameworks to promote flagship projects, integrate Power-to-X facilities in infrastructure planning, and accelerate the deployment of renewables to provide stable, low-cost energy for the sustainable production of clean hydrogen.

What the Private Sector Must Do

While government action – through regulatory policies and incentives – is vital to unlock further progress, the green transition will require a whole-of-society effort. The private sector, for its part, has a key role to play in speeding up the process, by investing billions of dollars in the energy transition, bringing down technology costs, decarbonizing its activities, and advocating for enhanced action from all relevant stakeholders. Private- and public-sector actions can reinforce each other to create “ambition loops” and provide greater momentum in the fight against climate change.

The race to net-zero will not be a walk in the park. Still, I see at least five steps that a company can take to demonstrate that it is committed to effective action.

First, managers should look within both their operations and their supply chains to set 1.5°C-aligned emissions-reduction targets wherever possible. Second, companies should ensure that long-term targets are paired with short-term action and climate-aligned investments. Third, corporate leaders should ensure that biodiversity targets are also embedded in their climate and sustainability plans. Fourth, they should not look at emissions offsets as a silver bullet; in fact, offsets should mainly be used for emissions that are difficult to mitigate at this stage. Lastly, companies should reduce their overall energy use through efficiency measures, and then convert their remaining consumption to renewable energy.

As world leaders and negotiators converge on Glasgow this November, all stakeholders – including governments, businesses, and households – must keep demanding more concrete climate action. We all have a responsibility to keep each other in check.

In the run-up to COP26, we at Ørsted hope to see more countries adopt enhanced NDCs under the Paris accord and implement policies to enable immediate action for mitigation, adaptation, finance, and strengthened collaboration. As a company at the frontline of climate action, we are available to share our insights and advice for governments seeking to accelerate the pace and increase the scale of the energy transition.

Thousands of businesses, investors, cities, and citizens around the world have given governments the green light to hasten the green transition. We know that a net-zero economy will bring many benefits. We have the technologies to get there. The investments we need are substantial but eminently manageable within the right frameworks. We need to go all in now.

Mads Nipper is CEO of Ørsted 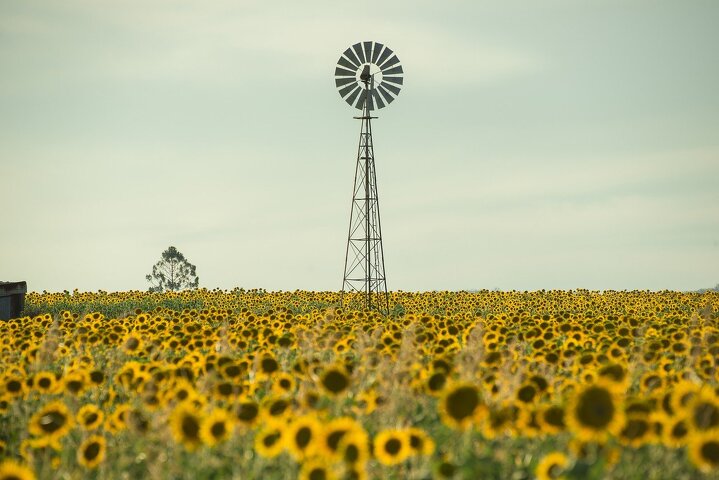