Four months after denying it would restructure or sell assets piecemeal, The Weinstein Company said Sunday that it would file for bankruptcy The announcement followed the collapse of sale talks with an investor group that was planning to purchase the production outfit following extensive sexual misconduct allegations against the company's founder Harvey Weinstein last year.

The Weinstein Company had been brokering a sale to investors led by Maria Contreras-Sweet for some $500 million, including $225 million in debt. But as the deal dragged on, the decorated producer and distributor ran out of time — and cash.

"While we recognize that this is an extremely unfortunate outcome for our employees, our creditors and any victims, the board has no choice," the company said in a statement. "Over the coming days, the company will prepare its bankruptcy filing with the goal of achieving maximum value in court."

Entering bankruptcy offers a solution: It allows the company to milk money from its assets and press pause on pending lawsuits.

"In bankruptcy, there is an automatic stay of all litigation and all claims against the company," said Larry Hutcher, co-managing partner of Davidoff, Hutcher & Citron. "No one will be able to continue to prosecute, and no new claims can be brought against the company, which gives them protection on a number of fronts."

Melinda Gates: 'I Get Angry For All The Women All Over The World That This Has Happened To'

Melinda Gates has a lot of pressing questions that demand attention – and a... →

It's likely the company will enter bankruptcy and promptly pursue an asset sale under the supervision of a judge, experts said. It could opt to shed its television and movie properties piecemeal, or sell all of its assets to one buyer. Its current valuable items include a TV arm, which owns the rights to Project Runway and its spinoffs, and a coveted film library, half of which was mortgaged to creditors as part of a debt restructuring in 2010.

Bankruptcy could result in a favorable pricetag, since assets would be sold without lawsuits attached. "Bankruptcy will increase value not because it makes the assets more valuable but because you have a court-ordered structure that can stimulate bidding," said Robert S. Marticello, a partner at Smiley Wang‑Ekvall. "When you sell assets in bankruptcy, you get a federal court order that the sale is free and clear of all liens, claims and interests — protections for buyers that they prefer."

This means the company's assets could sell for more than the $275 million Contreras-Sweet equity bid, since that deal included the assumption of lawsuit liabilities. Any cash raised would go to creditors, wages, litigation claims and legal fees. It's improbable that Harvey and his brother Bob Weinstein, who collectively owned 42%, will receive any money from bankruptcy; other investors, including advertising giant WPP Group, Goldman Sachs and Japan's SoftBank, will be similarly wiped out.

Potential buyers include those previously in the running, which reportedly encompassed mini-major studio Lionsgate Entertainment, production company Killer Content and entertainment funds Vine Alternative Investments and Shamrock Capital Investments. Film studios such as Viacom and Sony Pictures Entertainment may be interested in snapping up some of the individual assets.

According to a letter sent by The Weinstein Company's board, the Contreras-Sweet deal dissolved because of her stipulated conditions: The offer allegedly did not contain the interim funding required to keep the company's 150 employees on payroll while the deal was brokered and included new sale conditions that would have delayed the sale process even further.

The divestment seemed doomed since New York’s attorney general, Eric T. Schneiderman, filed a lawsuit against the studio and its founders this month alleging that they violated laws against gender discrimination, sexual harassment, abuse and coercion.

With every new crisis that the world faces, humanity’s differences appear i... →

The Weinstein Company was bludgeoned by October reports that its founder and public figurehead Harvey Weinstein had allegedly committed sexual harassment and assault in scores of incidents over several decades. Weinstein has denied all allegations of nonconsensual sex.

In efforts to avoid its current fate, the company tried and failed to secure a bridge loan from private equity firm Colony Capital in October. It then sold the North American distribution rights to its January release, Paddington 2, to Warner Bros. for an estimated $30 million in November, snagging about half of that.

Contreras-Sweet, a businesswoman who led the Small Business Administration under President Barack Obama, emerged as the lead buyer last fall. But The Weinstein Company's fortunes darkened amid mounting lawsuits filed against the outfit.

Although companies typically continue to operate in Chapter 11 bankruptcy, it is not clear how much longer The Weinstein Company can keep the lights on. Its operations have downsized drastically since October, with many of its projects put on hold or canceled altogether.

Mothers of the Disappeared

“We were seeking justice. We wanted to prevent disappearance, for it to end... →

The board, which includes Bob Weinstein, could lose control of the company altogether: Irate creditors may seek the appointment of a trustee to take over the company in bankruptcy by citing gross mismanagement.

"It would not surprise me if a group of creditors might claim that current management and board should not be in charge of managing the company in a Chapter 11 if they knew that Weinstein was an extraordinary liability and that a truly independent board might have gotten rid of him," Ivan L. Kallick, a partner at Manatt specializing in bankruptcy, previously told Forbes.

Bankruptcy will not be cheap: The process could cost tens of millions of dollars and take more than of a year, sources say. The Weinstein Company will have to pay for its own legal fees and those of a representative counsel of its creditors. Entering bankruptcy would also make all of The Weinstein Company's financials, including details of its financing deals, public. 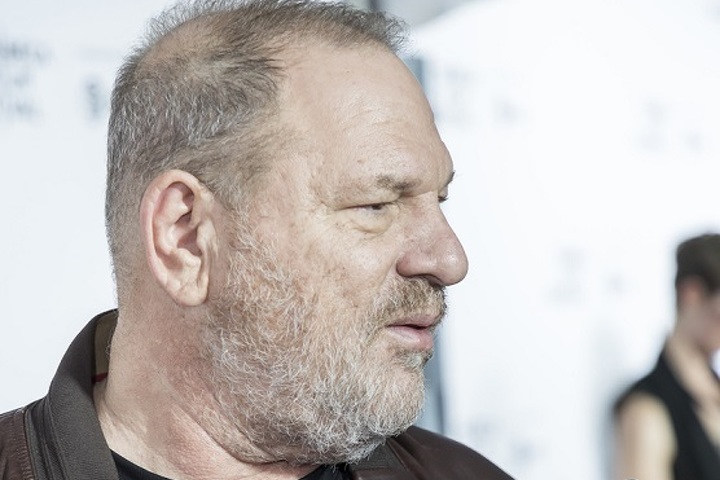