WASHINGTON, DC – It has taken four years, but US President Donald Trump’s tax avoidance and deep indebtedness are finally being exposed, as are his many acts of self-dealing and efforts to benefit his cronies. Under Trump, the United States has begun to epitomize crony capitalism, whereby political leaders extend benefits and protection to businesses in exchange for political acquiescence and economic favors Under such arrangements, which are commonly associated with post-colonial and post-communist states, the “cronies” are the “friends” who support and finance autocratic rulers. In exchange for campaign contributions and other funds, they are awarded monopoly positions, special tax breaks, protection against competing imports, and tariff exemptions that are not extended to their competitors. The term “capitalism” becomes a misnomer: Although economic activity is conducted in the private sector, profitability depends on rewards and penalties from political rulers, not on economic efficiency or customer satisfaction.

A prime example of contemporary crony capitalism can be found in Russia under President Vladimir Putin, where the entire economy operates as a mutual support system for wealthy oligarchs and the Kremlin. But many other countries also fall along the crony-capitalist spectrum, and each stands apart from economies where competition, private-property rights, and a level playing field tend to deliver consistent improvements in living standards and economic growth.

A “level playing field” – where all economic actors receive equal treatment under the law – is precisely what systems on the crony-capitalist spectrum lack. When a successful business model requires paying off government authorities, overall economic performance inevitably deteriorates, even if profitability improves. Particularly in natural resource-rich countries, there are ample opportunities to siphon wealth through crony-capitalist arrangements. In these cases, growth is often slow or nonexistent, but the system persists because the rulers can capture enough rents to buy public acquiescence – or at least the loyalty of key constituencies such as the military. Venezuela is a case in point.

Since Trump emerged as the Republican presidential nominee in 2016, crony capitalism has mushroomed in the US. The most recent example is Trump’s direct, personal involvement in regulatory actions against the Chinese social-media company TikTok. After initially calling for a national-security review of the company’s US operations, he declared that he would ban it outright unless a US company acquired it. For several weeks this summer, Trump seemed to support Microsoft’s bid to buy the company, claiming that a substantial share of the acquisition price would go to the US Treasury.

More recently, the White House has endorsed a deal whereby Oracle and Walmart would acquire a minority stake in the company. Raising even more red flags, Bloomberg reports that Oracle’s chairman and founder, Larry Ellison, donated $250,000 to a political action committee for US Senator Lindsey Graham of South Carolina – one of Trump’s most loyal political allies – on “the same day [Ellison’s] company announced it was chosen as TikTok’s US ‘trusted technology provider.’”

Of course, there is no US law under which the proceeds of a private sale would go to the Treasury. As the Washington Post’s editorial board pointed out, “The president has in essence conducted a shakedown, threatening a shutdown and then providing his blessing to a private business deal once it pleased him.”

Lest anyone dismiss the TikTok scenario as an isolated case of presidential intervention in the economy, one could cite many other examples. In 2016 and 2017, Trump pressured the Ford Motor Company to cancel plans to open a car factory in Mexico. The Economist described Trump’s threats against the company as an “an absolute disgrace,” while the Washington Post columnist Sebastian Mallaby noted that, “The only thread of consistency is that he wants the world to know that he can destroy companies on a whim.”

Trump also pressured the air-conditioner manufacturer Carrier not to move a plant to Mexico. In this case, however, Trump’s threats failed, even as he continued to claim credit for “saving” hundreds of US jobs. Similarly, in 2017, Trump boasted that he had convinced FoxConn to invest $10 billion in Wisconsin and create thousands of jobs in exchange for tax breaks. These jobs have yet to materialize, and FoxConn recently announced that its plans had changed. And more recently, Trump has singled out the iconic American motorcycle company Harley-Davidson for its decision to move production overseas in response to his trade war.

Trump once called himself “Tariff Man,” and tariffs are indeed an effective tool for threatening and rewarding businesses. US steel tariffs are a case in point. When the Trump administration imposed a 25% levy on imported steel in 2018, it also rolled out a program for individual firms to apply for exemptions. As many had predicted, the administration has since favored some companies over others. And as the Washington Post reported last year, “Trump’s trade war sends big business to K Street” (a metonym for the US political lobbying industry). Moreover, as the Trump administration has expanded its tariffs on imports from China, it has been picking winners and losers in deciding which commodities to include.

Given that most Americans are concerned about the influence of money in politics, it is surprising how many people remain oblivious to the dangers of these other forms of corruption. The US economy has historically been among the most productive in the world, because it provided a reasonably level playing field. But under the Trump administration, crony capitalism has taken root, and will now need to be weeded out. Otherwise, the US economy will continue to be hobbled while crooks and grifters line their pockets. 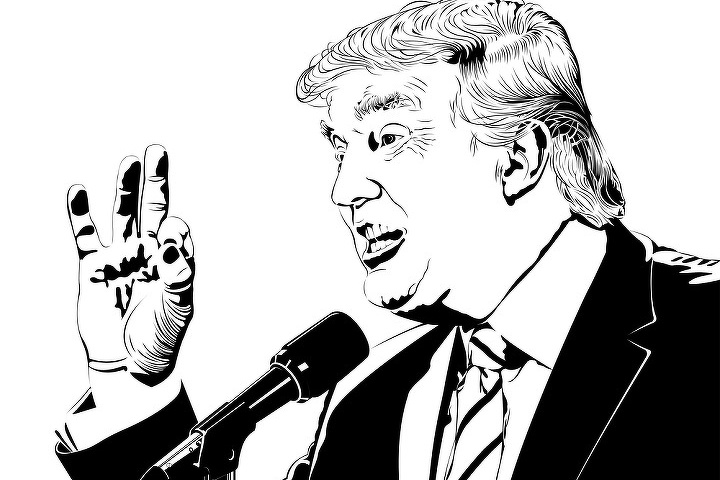