NEW YORK – It is easy to underestimate Joe Biden. The new US president has been dismissed by some people on the left as a party hack, a trimmer, a holdover from a corrupt and broken establishment. An article in the conservative journal National Review bore the headline: “Joe Biden: Mediocrity Personified.” It was written by that right-wing admirer of great men, Conrad Black, the former newspaper owner and convicted fraudster Biden, so far, is not a great man. Still, a figure who has operated for four decades in the snake pit of Washington politics, and was elected president at the age of 78, cannot be so easily dismissed. He is at the very least a highly skilled politician.

Biden is neither a brilliant thinker nor a heroic leader. He doesn’t have much charisma either, which is refreshing after four years of spectacular misrule under Donald Trump. If Biden has ever had an original idea, he has disguised it well. In his 1988 presidential campaign, he even cribbed from a speech by the British politician Neil Kinnock. But at least Biden didn’t shift the blame to his speechwriter, as Trump and his wife Melania have done when similar lapses occurred.

The question is whether liberal democracies are best served by brilliant or heroic leaders. Such figures would seem especially desirable in difficult times. But as the American writer Gore Vidal once said, “Great leaders make great wars.” Intellectuals with great ideas can go badly wrong as well. Many don’t take kindly to criticism from people who refuse to see things their way. In fact, they have little time at all for their intellectual inferiors. But successful politicians must suffer fools gladly. That is part of their job.

People with a taste for revolution often disdain liberal democracy because of its perceived mediocrity. The late French lawyer Jacques Vergès, who defended left-wing political terrorists, summed up this attitude. “Ever since I was a child,” Vergès said. “I felt drawn to grandeur…[t]o the idea of Destiny, not happiness. Happiness in Europe has been tarnished by social democracy.”

One can see what he means. There is something mediocre about happiness, the opposite of what Romantics used to call Sturm und Drang, Storm and Stress. But the “pursuit of happiness” is in America’s DNA, enshrined by Thomas Jefferson in the Declaration of Independence. Perhaps that is why revolutionaries on the right and the left so often despise the United States.

To be sure, there are times when even democracies need heroes. Neville Chamberlain, a mainstream Conservative, not overly imaginative, and a man of compromise, was not the leader his country needed to face Hitler in 1940. In peacetime, Chamberlain was an effective prime minister, whereas Winston Churchill was regarded as an unreliable blowhard. But in May 1940, when Britain was hardly ready to fight a war with Nazi Germany, the country needed a fierce romantic like Churchill to inspire its people with his heroic spirit.

Such times are rare, however. Unfortunately, too many postwar US presidents have chosen to emulate Churchill, rather than Chamberlain, which has sometimes led to foolish wars. The pursuit of happiness is rarely well served by seekers of martial glory and national grandeur. It is far better served by a leader like Biden.

But perhaps we are now living through one of those rare moments when heroism and big ideas are required. As Biden said in his acceptance speech, we face multiple dangers: a pandemic, a severe economic crisis, and a general lack of trust in democratic institutions. Then there is the sharp rise on several continents of right-wing populist demagogues. A significant percentage of the US population, exposed to a barrage of malicious propaganda, believes that Biden stole the election.

The newly inaugurated president is sometimes hopefully compared to Franklin D. Roosevelt. Many of his supporters believe, rightly in my view, that it is time for a revised New Deal and substantial political reforms. Too much money is concentrated in too few hands. And too much has been smashed in the last four years (not least the idea that there is such a thing as truth) to think the US can simply revert to the way things were.

In some ways, Biden’s task will be harder than Roosevelt’s. Although the economic crisis was worse in the 1930s, Roosevelt had large majorities in Congress, and the Republican Party was not in thrall to a dangerous cult. The New Deal was a great achievement. But despite his quasi-aristocratic airs, Roosevelt was not a brilliant or heroic man. Like Biden, he was a skilled political operator.

NEW YORK – Anyone who was surprised by the mayhem in Washington, DC has not... →

And, like Biden, Roosevelt was certainly no revolutionary. His task was to save American capitalism. He was a repairer, a fixer. The New Deal was achieved not because of Roosevelt’s genius or heroism, but because enough people trusted him to act in good faith.

That is precisely what people are expecting from Biden, too. He must save US democracy from the ravages of a political crisis. To do so, he must reestablish trust in the system. He has promised to make his country less polarized, and to restore civility and truth to political discourse. In this endeavor, his lack of charisma may turn out to be his greatest strength. For all that he lacks in grandeur, he makes up for by exuding an air of decency.

Will that be enough to push through the necessary political changes? The answer won’t depend only on him, of course. All of his big initiatives might run into the sand of Republican obstruction. But he is more likely to succeed than flashier, more radical politicians would be. An old hand like Biden, who knows exactly how the system works – the compromises, the pats on the back, the twisting of arms, and the suffering of fools gladly – might be exactly the leader America needs now.

At least we should hope so. Moving into the Oval Office, Biden removed the bust of Churchill that Trump had prominently displayed behind the desk. Not a bad start. 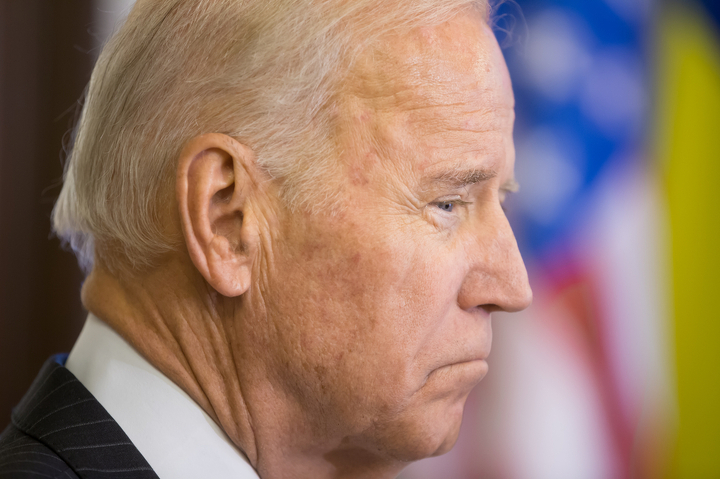