Confounding the grim prediction made by the British economist Thomas Malthus in 1798, the world currently produces more than enough food for a population that has increased almost tenfold since then Today’s food problem is not absolute scarcity. It is that food is so unequally distributed and irrationally consumed that there is widespread malnutrition at both ends of the spectrum: the world’s most deprived people die or suffer from cognitive impairment because of undernutrition, while others face death or disease because of obesity.

Modern patterns of food production and distribution are largely to blame. Production – even by smallholders – increasingly relies on cultivation techniques developed by large corporations. And food consumption around the world is becoming less healthy and sustainable, owing to aggressive marketing and the year-round supply of previously seasonal or faraway crops.

The problem is clear, yet little is being done to address it. A deep-seated complacency at the heart of the world’s business-driven food system is fast turning into hubris. The dominance of multinational agribusiness companies – “Big Food” – rivals that of big tech firms in the digital economy, and policymakers seem happy to encourage the widespread belief that only industrial agriculture can feed the world and meet increasing demand.

This dogma has led to pervasive monocropping and excessive use of chemicals in food production. These practices damage the environment, reduce soil quality, make crops more vulnerable to natural hazards and pests, pose greater risks to farmers’ livelihoods, and produce increasingly unsafe food. Industrial farming also fuels unhealthy and dangerous consumption patterns, sometimes even leading to obesity and undernutrition within the same family.

The challenge is to make food production more sustainable, and to adopt safer and healthier diets. It may seem futile even to attempt this, because consumers around the world are so accustomed to the cheaper foods produced by global agribusinesses. But there are good arguments for a revolt against Big Food.

As Timothy Wise of the Small Planet Institute and Tufts University argues in his new book, “the myth that ‘we’ feed ‘the world’ is the ultimate first-world conceit.” The industrial farms and multinational agribusinesses based in the Global North do not account for most of the world’s food production, 70% of which comes from millions of small farmers, especially in the developing world.

What’s more, many of these farmers already have the tools to achieve “green” agricultural goals, according to Wise, if only they were allowed to use them. The world does not need a new technological revolution in agriculture to produce food in a sustainable and profitable way.

Perhaps the most important myth Wise busts is that small farmers are less knowledgeable and efficient than large-scale producers or cultivators operating under contracts with agribusiness companies. The political and market power of large corporations has made this axiomatic among policymakers, but there are plenty of examples of small farmers succeeding with their own methods.

In Malawi, for example, smaller producers have taken the initiative after other well-intentioned agricultural policies resulted in unanticipated negative outcomes. Over a decade ago, the country sought to increase maize production by giving smallholders coupons to buy seeds and chemical fertilizers. Yields rose dramatically at first, prompting reports of a “Malawi Miracle” (multinational seed and fertilizer companies benefited, too). But this success encouraged maize monocropping, which made the soil more acidic and less fertile over time. Farmers had to buy more seeds and fertilizer just to maintain yields, and there is now little evidence that rural hunger in Malawi has decreased.

Now, however, groups of small farmers have started growing a locally improved variety of more nutritious corn. They no longer require seed purchased from multinational companies or heavy use of chemical fertilizer, and they are mixing the new corn with other crops.

Small farmers are proving their worth elsewhere, too. In the Indian state of Kerala, local communities are leading a resurgence in rice farming, and women’s collectives have become successful organic farmers under the state’s Kudumbashree federation of women’s self-help groups. Small farmers in Mexico are playing a crucial role in preserving much-needed biodiversity – a fact that the country’s new government recognizes. And China has given small farmers training and facilities, and has grouped them into cooperatives as part of a large-scale project to promote sustainable agriculture.

The answer to the modern global food problem seems simple: loosen the grip of big corporations over production, distribution, and consumption, and give small farmers the room to produce sustainably. But this is easier said than done. Giant agribusiness interests may be powerful enough to prevent such a revolution from even taking root. 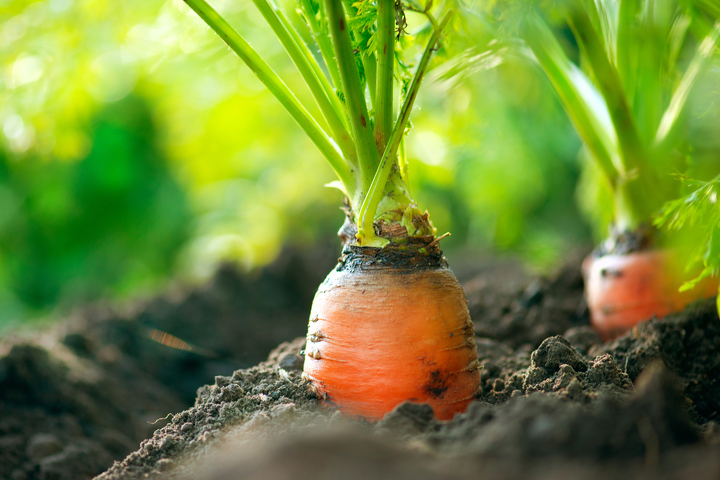