LONDON – Hong Kong is not Beijing. And July 1, 2019, is not June 4, 1989. First of all, in 1989, the violence in China came almost entirely from the side of the government; the weeks of demonstrations in Beijing and other cities had remained remarkably peaceful throughout. This was mostly true in Hong Kong as well, until a small number of young protesters lost their cool and ransacked the Legislative Council chamber with crowbars and hammers The massive demonstrations in Hong Kong in recent weeks were triggered by a proposed law authorizing extradition from the city to mainland China. But that bill was suspended indefinitely after earlier protests. Since then, the continuing demonstrations have been driven by fury against the tightening constraints imposed by the Communist Party of China (CPC).

The Tiananmen Square protests in 1989 began as a petition to the CPC to curb official corruption and allow more civic freedoms – freedoms that Hong Kong people already enjoyed, even under colonial rule. The Chinese government promised that these freedoms would be preserved in Hong Kong after the handover from Britain on July 1, 1997. That promise is now in doubt.

Despite these differences, there are important similarities between 1989 and today. Like the Tiananmen demonstrations, the mass protests in Hong Kong lack clear leadership. This is deliberate. Protests movements are not political parties with their own hierarchies. Indeed, they are usually opposed to the very idea of hierarchy. Partly as a consequence of this, tactical splits among the protesters are difficult to control.

In June 1989, when it became clear that the Chinese government was not going to respond to the protesters’ demands, and a violent crackdown seemed increasingly likely, some activists counseled caution and suggested that students go home and live to fight another day. Others believed that they should do or die. If the authorities chose bloody violence, so be it; that would only expose the murderous basis of an illegitimate regime.

The latter view prevailed, despite frantic arguments from older dissidents, who had more experience with anti-government protest, and had often suffered the harsh consequences. They sympathized with the students, but were convinced that carrying on the mass protests to the bitter end would provoke greater repression. They turned out to be right.

It is hard enough for street protests to have any effect in a democracy. There were huge demonstrations in the US against the Vietnam War in the 1960s, but it took years before the government finally abandoned that brutal and pointless conflict. Occupy Wall Street in 2011, when young and old protested against economic inequality in the US, was heartwarming, but the gap between rich and poor is even wider now.

For example, in Mahatma Gandhi’s day, India was a colony, not a democracy, but the ultimate authority in the British Empire was a democratically elected government in London, which had to take public opinion into account. That is why Gandhi’s protests had some effect. But he was so convinced that his non-violent methods were the only way to combat oppressive authority that he urged Europeans to engage in similar peaceful resistance against Hitler. This was not a practical suggestion.

Hong Kong was never a democracy. But, as a crown colony until July 1997, it had some of the benefits of democratic rule, such as a relatively free press and a robust independent judiciary. In some ways, Hong Kong has not changed much since the handover, the anniversary of which was celebrated by Hong Kong officials even as protesters where crashing through the doors of the legislature. It is still a semi-autonomous colony, but this time the imperial power is a dictatorship, which sets little store by press freedom or independent judges, let alone public protests.

One of the most desperate gestures of the people who occupied the legislative chamber in Hong Kong was raising the flag of the old British crown colony. It was the greatest insult they could have thrown in the face of the People’s Republic: better to be a colony controlled by foreigners than to be ruled by a Chinese government that claims legitimacy on the basis of nationalism and ethnic pride.

The main question for Hong Kong’s people is whether methods that can be effective in a democracy can also work in a dictatorship, even from a position of relative and fast-shrinking autonomy. There are clearly limits to how far any Hong Kong government can be pushed to accommodate public opinion. Men and women who are elected, on the narrowest of franchises, to govern Hong Kong are already pre-selected by the Chinese government. And the wishes of the imperial power cannot be thwarted any more than they could under the British.

There is, however, one small chance that Hong Kong citizens could make a difference. Public opinion cannot remove a communist government by electing another one. But the PRC does aspire to a certain degree of respectability in the world. Sending tanks to crush protests in Hong Kong would make China look very bad – though this does not mean that the government would not do so, if it saw no other way.

Demonstrations in Hong Kong have already forced Chief Executive Carrie Lam to suspend an unpopular law. But protest can be effective only if it remains peaceful. Most people in China, even those who are not especially fond of the current regime, are terrified of violence and disorder, of which the Chinese have seen too much in the last hundred years. If mass protest in Hong Kong turns into chaos, there would be little sympathy in China for the demonstrators, and the CPC authorities would find it much easier to crack down with maximum force. 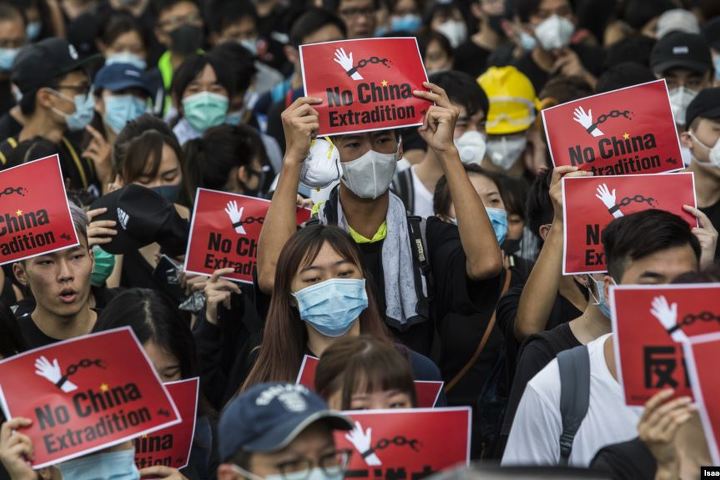