SANTA BARBARA, CALIFORNIA – The year 2020 was unforgettable for all of us, and tragic for many. No one had imagined that a lethal virus originating in horseshoe bats could spread so fast and upend our lives so thoroughly And in most countries, there is still no sign that normalcy is returning. Yet, although we can only guess at what post-pandemic life will be like, addressing the growing problems of hunger and malnutrition must be central to the global recovery.

NEW YORK – Adam Smith, the founder of modern economics, argued that the pur... →

Many people were in dire straits even before COVID-19 struck. Although extreme poverty was decreasing, it still afflicted roughly 700 million people, while nearly half of the world’s population were living on less than $5.50 per day, and thus barely subsisting. At the same time, the concentration of global wealth continues to increase exponentially, with the combined wealth of billionaires in the United States increasing by more than $1 trillion during 2020.

Moreover, hunger and malnutrition have been increasing globally since 2015 –ironically, the year that the United Nations Agenda for Sustainable Development established the goal of “zero hunger” by 2030. Over 700 million people are food insecure, and 265 million are on the brink of starvation, a situation not seen since World War II. Two billion people suffer from various forms of malnutrition, including undernutrition, vitamin and micronutrient deficiencies, and obesity. And three billion people cannot afford healthy diets.

By increasing extreme poverty and causing massive unemployment, the pandemic has put the 17 Sustainable Development Goals even further out of reach and highlighted the vulnerability of globalized industrial food systems. Countries shut down food stores, border closures prevented migrant agricultural laborers from working, and the entire global food chain was dismantled. This severely impaired many households’ access to food, with a major impact on nutritionally vulnerable groups, such as young children, pregnant women, and the sick. Even in developed countries, food banks were overwhelmed.

COVID-19 has taught us what has gone wrong with our food systems and environmental stewardship in general, and why we should abandon a business-as-usual approach. By now, we all know that human encroachment on ecosystems is a major contributing cause of pandemics and related crises.

In 2021, global gatherings on biological diversity, desertification, and climate change, and the UN Food Systems Summit this autumn, offer the world several opportunities to change course. But it is not yet clear whether these meetings – and the food summit especially – will endorse fresh, transformative policies, or instead affirm the prevailing commitment to large-scale “precision farming” that uses drones, digital tools, and big data.

Precision farming, if continued, will increase monocropping production and ensure the persistence of oligopolistic control of global agriculture. Nothing will change, and millions of smallholder farmers will remain marginalized. The world will not eliminate hunger and malnutrition unless digital farming technologies are shared, regulated, and monitored, which past experience suggests is unlikely.

The big question is thus whether the world is ready to undertake radical changes – based on global solidarity, cooperation, empathy, and generosity – to confront systemic challenges. Transforming food systems will require leaders to dismantle the established order, prioritize the vulnerable over the powerful, enhance resilience, establish transparent value chains, and provide everyone with affordable access to the foods needed for a healthy diet.

One priority must be to bolster local food systems, which have been star performers during the pandemic and have several advantages compared to globalized industrial monoculture. Establishing some degree of self-sufficiency would enable local communities to cope better with emergencies. Moreover, local agriculture makes sense logistically, stimulates local economies, mitigates unemployment, generates seasonal produce that improves people’s diets, and causes less harm to the environment.

Such reforms should start by repairing the broken linkages between rural and urban food systems. The COVID-19 crisis has isolated cities and put them under extreme pressure to feed their residents. Sophisticated global value chains turned out to be highly fragile, and many markets simply did not work during the pandemic.

The pandemic has also shown that a healthy diet can save lives. Many COVID-19 victims had diet-related non-communicable diseases, and obesity, too, that often proved deadly. People with weak immune systems as a result of unhealthy diets and who lacked access to health care – often lower-income groups, ethnic and racial minorities, and migrants – have been particularly vulnerable.

We must also address the plight of essential but highly vulnerable food-system workers, without whom food cannot come to the table. COVID-19 has had a catastrophic impact on industrial meatpacking plants and farmworker communities in the United States and Europe, where a large number of mostly undocumented immigrants are unprotected and exploited.

To end this cruelty, we must overhaul food systems so that firms act responsibly, maintain healthy working environments, and pay a living wage. That means introducing appropriate regulations for all food-system workers, including those in food delivery and the gig economy.

Finally, food policies should be democratically discussed and determined by all players. While global problems need global solutions, achieving them requires a bottom up-approach. Our current institutions may need to be reformed so that they can hear and heed multiple voices, options, and arguments. Civil society will need to exert pressure on governments to implement these reforms, and on the private sector to respect and protect everyone’s right to food as a condition of doing business responsibly.

Hilal Elver, former UN Special Rapporteur on the Right to Food, is a research professor at the University of California, Santa Barbara 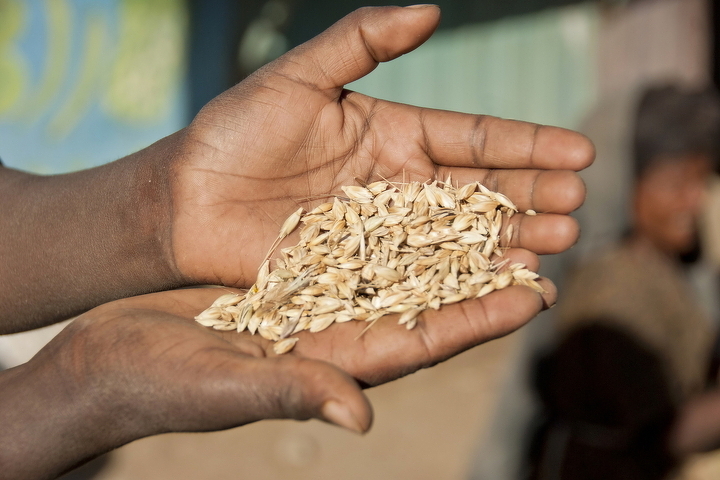