AUSTIN – In a recent essay on Samantha Power, President Joe Biden’s new administrator of the United States Agency for International Development, Michelle Goldberg of The New York Times writes – correctly – that Power’s “first big test … lies in what America does to help vaccinate the rest of the world against COVID-19” And Power herself is quoted as saying that, “It’s about a very, very tangible, results-oriented agenda.”

Results seemed to follow. At the G7 summit, Goldberg duly reports, Biden announced that the US would contribute 500 million vaccine doses for use in “low- and middle-income countries.” According to Goldberg, this “spurred other countries to step up their contributions,” ensuring “a billion doses by 2022.”

Except that it didn’t. According to the World Health Organization, the actual new commitment was for 870 million additional doses, not a billion, “with the aim to deliver at least half by the end of 2021.” In other words, the “aim” would be to get “at least” 435 million additional vaccine doses to the COVAX facility (the international mechanism established to ensure vaccine access in poorer countries) “by 2022.” Even if all billion come in over the course of 2022, Agnès Callamard, the Secretary-General of Amnesty International, has called it a “drop in the ocean,” made of “paltry half-measures and insufficient gestures.” As Gavin Yamey of Duke University summed up the outcome for a Lancet working group, the “rich countries behaved worse than anyone’s worst nightmares.”

And there is a further problem: the G7 commitments are only promises, and the G7’s track record on meeting its promises is not especially good. Here the language of the G7 communiqué is telling: “aim to deliver.” Even if one believes that those words were chosen in good faith, they are not exactly precise or categorical.

Today, Africa and India have vaccinated barely 3% of their combined populations of about 2.5 billion people. Why is that? The US alone is reputed to have the capacity to produce 4.7 billion doses by the end of 2021 – four billion more than America needs. Again, according to Amnesty International, the G7 will have “three billion doses surplus to requirement by the end [of 2021].”

Where are those doses going? Apparently to wealthy customers. This includes 1.8 billion doses committed to the EU for “booster shots,” as reported by Varsha Gandikota-Nellutla of Progressive International. Meanwhile, outside the rich-country bubble, the virus can spread, mutate, sicken, and kill.

This is not merely a humanitarian issue. If viruses are not eradicated, they evolve. Already, multiple variants of the coronavirus have appeared. As far as we know, none can overcome the available vaccines. But no one can say for sure that such a variant will not emerge, and the more time lost, the greater the risk – and not merely for the world’s poor.

One obvious solution is to get the hoarded stockpile into arms all around the world. A second would be to waive patent protection and supply restrictions on the Western vaccines, so that they can be produced more rapidly in other countries. If India alone – the world’s largest vaccine producer – could overcome current production difficulties, it could resume exports and start supplying doses to the rest of Asia and to Africa, while meeting its own requirements by the end of this year. And enough doses could be produced to end the pandemic, for practical purposes, by the end of 2022.

In early May, the Biden administration announced its support for a proposal, advanced by India and South Africa, to waive Trade-Related Aspects of Intellectual Property Rights (TRIPS) enforcement on COVID-19 supplies, including vaccines. But what does this amount to? So far, just support for negotiations. With whom? Over what?

It was government, not the big drug companies, that underwrote the basic research used to invent these vaccines. The companies have patents only because they were granted as an “incentive” to produce them. The claim that otherwise they would not do so is absurd: the US government has the power of compulsion under the Defense Production Act, which it has already used to get vaccine production ramped up – including in a way that briefly disrupted Indian production.

Meanwhile, there’s China, and at a smaller scale, Russia. China currently is vaccinating more than ten million people per day – an accelerating pace that will cover their entire population this year. In 2022, China could produce up to five billion doses for the world – enough for India and Africa combined. Meanwhile, Chinese producers are determined to build production sites worldwide, beginning recently in Egypt. And Russia has plans to produce over 850 million doses of Sputnik V in India alone this year. That’s just about the same as the entire G7 commitment – and it will happen sooner.

Not everything we read on these matters is necessarily reliable. Not every projection will work out. It may be true, as reported, that the Chinese vaccines are less effective than those produced by Pfizer-BioNTech, Moderna, AstraZeneca, Johnson & Johnson, and Sputnik V.

But for now, where this is heading is obvious. The US and Europe are offering crumbs, protecting their billionaires, their pharmaceutical lobbies, and their politicians’ campaign contributions. Meanwhile, China and Russia have other ideas – and the capacity to realize them. So, before too long, when the back of this pandemic is finally broken, the world will have fresh evidence about who is reliable and who is not.

I would say that all of this is unprecedented, but it’s not. In the cold and hungry European winter of 1947-48, Jan Masaryk, the Czechoslovak foreign minister, pleaded with the US for food shipments. The US dithered, imposing conditions. Klement Gottwald, head of the Czechoslovak Communist Party, appealed to Joseph Stalin, who put 300,000 tons of wheat onto trains. Czechoslovakia fell under full communist control in February 1948.

Samantha Power is right. It is all about tangible results.

James K. Galbraith holds the Lloyd M. Bentsen, Jr. Chair in Government/Business Relations at the LBJ School of Public Affairs at the University of Texas at Austin. 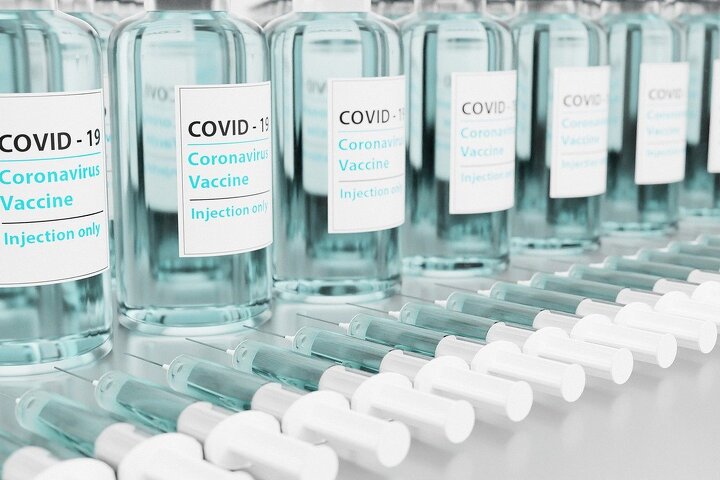