STANFORD – In the United States, the Federal Reserve, the Securities and Exchange Commission, and the Department of the Treasury are gearing up to incorporate climate policy into US financial regulation, following even more audacious steps in Europe The justification is that “climate risk” poses a danger to the financial system. But that statement is absurd. Financial regulation is being used to smuggle in climate policies that otherwise would be rejected as unpopular or ineffective.

“Climate” means the probability distribution of the weather – the range of potential weather conditions and events, together with their associated probabilities. “Risk” means the unexpected, not changes that everyone knows are underway. And “systemic financial risk” means the possibility that the entire financial system will melt down, as nearly happened in 2008. It does not mean that someone somewhere might lose money because some asset price falls, though central bankers are swiftly enlarging their purview in that direction.

In plain language, then, a “climate risk to the financial system” means a sudden, unexpected, large, and widespread change in the probability distribution of the weather, sufficient to cause losses that blow through equity and long-term debt cushions, provoking a system-wide run on short-term debt. This means the five- or at most ten-year horizon over which regulators can begin to assess the risks on financial institutions’ balance sheets. Loans for 2100 have not been made yet.

Such an event lies outside any climate science. Hurricanes, heat waves, droughts, and fires have never come close to causing systemic financial crises, and there is no scientifically validated possibility that their frequency and severity will change so drastically to alter this fact in the next ten years. Our modern, diversified, industrialized, service-oriented economy is not that affected by weather – even by headline-making events. Businesses and people are still moving from the cold Rust Belt to hot and hurricane-prone Texas and Florida.

If regulators are worried even-handedly about out-of-the-box risks that endanger the financial system, the list should include wars, pandemics, cyberattacks, sovereign-debt crises, political meltdowns, and even asteroid strikes. All but the latter are more likely than climate risk. And if we are worried about flood and fire costs, perhaps we should stop subsidizing building and rebuilding in flood and fire-prone areas.

Climate regulatory risk is slightly more plausible. Environmental regulators could turn out to be so incompetent that they damage the economy to the point of creating a systemic run. But that scenario seems far-fetched even to me. Again though, if the question is regulatory risk, then even-handed regulators should demand a wider recognition of all political and regulatory risks. Between the Biden administration’s novel interpretations of antitrust law, the previous administration’s trade policies, and the pervasive political desire to “break up big tech,” there is no shortage of regulatory danger.

CHICAGO – As Western economies emerge from the COVID-19 crisis, banks and g... →

To be sure, it is not impossible that some terrible climate-related event in the next ten years can provoke a systemic run, though nothing in current science or economics describes such an event. But if that is the fear, the only logical way to protect the financial system is by dramatically raising the amount of equity capital, which protects the financial system against any kind of risk. Risk measurement and technocratic regulation of climate investments, by definition, cannot protect against unknown unknowns or un-modeled “tipping points.”

What about “transition risks” and “stranded assets?” Won’t oil and coal companies lose value in the shift to low-carbon energy? Indeed they will. But everyone already knows that. Oil and gas companies will lose more value only if the transition comes faster than expected. And legacy fossil-fuel assets are not funded by short-term debt, as mortgages were in 2008, so losses by their stockholders and bondholders do not imperil the financial system. “Financial stability” does not mean that no investor ever loses money.

Moreover, fossil fuels have always been risky. Oil prices turned negative last year, with no broader financial consequences. Coal and its stockholders have already been hammered by climate regulation, with not a hint of financial crisis.

If one is worried about the financial risks associated with the energy transition, new astronomically-valued darlings such as Tesla are the danger. The biggest financial danger is a green bubble, fueled as previous booms by government subsidies and central-bank encouragement. Today’s high-fliers are vulnerable to changing political whims and new and better technologies. If regulatory credits dry up or if hydrogen fuel cells displace batteries, Tesla is in trouble. Yet our regulators wish only to encourage investors to pile on.

Climate financial regulation is an answer in search of a question. The point is to impose a specific set of policies that cannot pass via regular democratic lawmaking or regular environmental rulemaking, which requires at least a pretense of cost-benefit analysis.

These policies include defunding fossil fuels before replacements are in place, and subsidizing battery-powered electric cars, trains, windmills, and photovoltaics – but not nuclear, carbon capture, hydrogen, natural gas, geoengineering, or other promising technologies. But, because financial regulators are not allowed to decide where investment should go and what should be starved of funds, “climate risk to the financial system” is dreamed up and repeated until people believe it, in order to shoehorn these climate policies into financial regulators’ limited legal mandates.

Climate change and financial stability are pressing problems. They require coherent, intelligent, scientifically valid policy responses, and promptly. But climate financial regulation will not help the climate, will further politicize central banks, and will destroy their precious independence, while forcing financial companies to devise absurdly fictitious climate-risk assessments will ruin financial regulation. The next crisis will come from some other source. And our climate-obsessed regulators will once again fail utterly to anticipate it – just as a decade’s worth of stress testers never considered the possibility of a pandemic.

John H. Cochrane is a senior fellow at the Hoover Institution 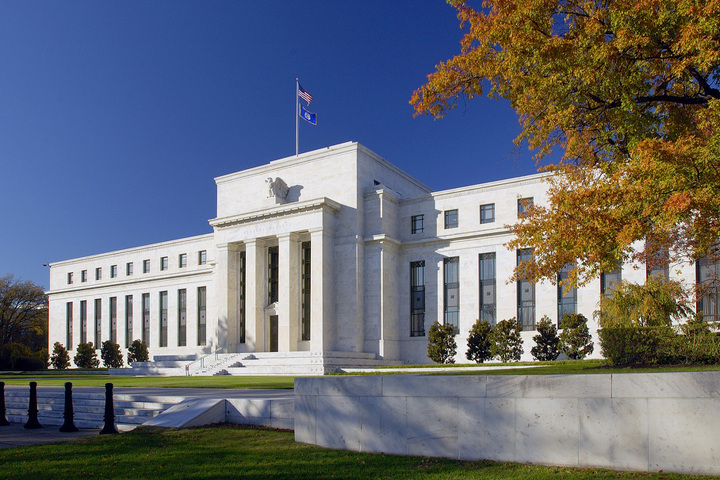