MILAN – Soon after the COVID-19 pandemic hit in spring 2020, the European Union activated the Stability and Growth Pact’s general escape clause, thereby suspending the Union’s limits on member states’ fiscal deficits and government debt. The clause envisages an almost automatic return to the SGP’s rules once the crisis is over, but EU policymakers should chart a different course The economic desirability of the SGP – which caps countries’ budget deficits at 3% of GDP, and public debt at 60% of GDP – has come under increasing scrutiny during the pandemic. Two broad camps have emerged. One advocates reforming and simplifying the fiscal rules. The second favors moving from rules to qualitative standards, whereby each member state manages its own fiscal affairs with an eye toward debt sustainability.

The EU’s fiscal rules are already partly concerned with debt sustainability, mostly under the SGP’s so-called preventive arm. Eurozone countries are judged by their capacity to target a structural fiscal balance, calculated by subtracting the cyclical component from the debt-stabilizing level of the nominal deficit.

But EU fiscal rules under the SGP’s corrective arm, which deals with measures to address excessive deficits and debts, are less evidently related to debt sustainability. There is no theory-driven explanation of why a debt-to-GDP ratio of 60% is more sustainable than a debt ratio of 100%, and why the same limit must apply to each country.

Scrapping the entire corrective arm is not the answer. The problem is that the SGP’s relatively sensible preventive arm is based on artificial, hard-to-measure indicators such as the output gap and a budget’s sensitivity to the economic cycle, which are assumed not to vary over time. The measurement problem is likely to persist even with simpler EU fiscal rules.

One of the important merits of the standards-based approach is that it would partly address measurement problems. Countries would simply be obliged to make their public debt as sustainable as possible by accounting for the evolution of the primary budget balance, the cost of debt, the nominal growth rate, and the effects of current and future policies.

But this approach has a potential weakness related to monitoring and its policy implications. According to the most cited proposal, fiscal deficits should be considered excessive “when debt is not sustainable with high probability, conditional on current and projected policies.” But keeping the focus on the annual budget deficit deprives eurozone countries of the possibility to optimize consumption over time, which might require “debt-destabilizing deficits” in a given year.

AUCKLAND – Back when states regularly used armed forces to compel others in... →

Moreover, what happens when a country is found to have an unsustainable level of debt? An EU-imposed policy correction is likely to generate a political backlash. The alternative is debt restructuring, which should by itself discourage unsustainable borrowing, independently of the type of rules or standards in place.

Both camps in the SGP debate presuppose the desirability of fiscal discipline in a monetary union. But does it still make sense to monitor and sanction “excessive deficits,” whatever that term might mean? Would excessive surpluses not be equally undesirable?

There are two fundamental reasons why European monetary union was accompanied by the SGP. First, policymakers associated fiscal profligacy with sustained high inflation. But the link between aggregate demand management and inflation now appears to be broken. Eurozone inflation has been below the European Central Bank’s (ECB) 2% target since at least 2013, despite strong monetary support and evidence of a pro-cyclical fiscal stance in good times.

The ECB’s ultra-accommodative monetary policy stance is muting the negative externality of high deficit spending via the interest-rate channel. The COVID-19 shock forced governments to spend much more on income-support measures, but all countries will likely try to put their fiscal house in order after the pandemic – probably before the ECB starts to normalize policy gradually.

For some time, in fact, the challenge in the eurozone will be encouraging deficit spending. No member state will want to risk its public finances when less profligate countries would share the benefits in the form of strong exports, while governments pursuing looser policies would have to bear the costs of higher public debts alone, possibly just when the ECB begins raising interest rates.

Moreover, unsustainable debts in one country are less of an existential threat to the euro than they were in the aftermath of the 2008 global financial crisis. Simple unilateral default is unlikely. The EU has de facto opened up a formal restructuring procedure for countries whose debt is considered unsustainable by the European Commission together with the European Stability Mechanism. The evidence shows that pre-emptive restructurings are much less costly than unilateral defaults. As such, they do not pose convertibility risks, and negative macroeconomic externalities are likely to be modest. The burden will fall mostly on restructuring countries in the form of reputational costs.

A better solution would be to channel grants via the EU’s new Recovery and Resilience Facility (RRF). This would encourage spending across the EU without damaging individual countries’ public finances, thereby reducing the risk of a fiscal-surplus spiral right after the pandemic. But the method of allocating RRF grants could be improved. Currently, about 70% of the available funds are allocated based on a redistributive objective, with poorer EU members receiving relatively more than richer ones.

The eurozone as a whole probably does not need top-down SGP-style fiscal discipline. Policymakers should instead concentrate their reform efforts on turning the RRF into a proper counter-cyclical policy tool that encourages spending, especially where countries lack fiscal space for reasons beyond their control. To that end, they should allocate a higher share of the available funds based on country-specific cyclical circumstances, even if that just means changing the disbursement schedule of pre-allocated EU funds.

Benedicta Marzinotto, Lecturer in Economic Policy at the University of Udine, is Visiting Professor of EU Macroeconomic Policies and Governance at the College of Europe 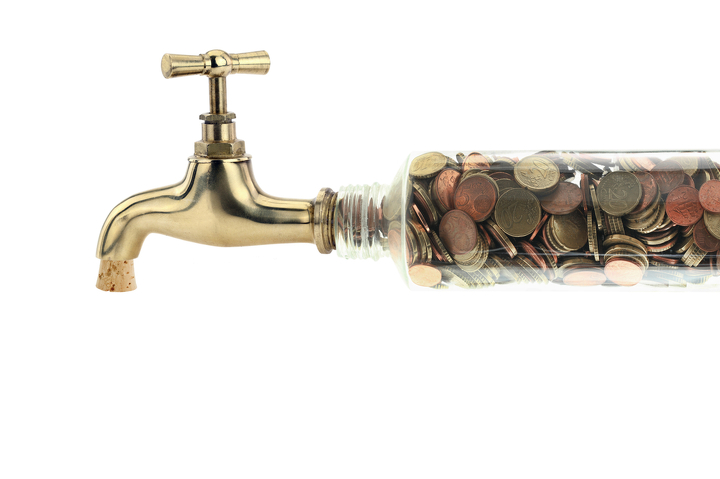