But while many will welcome this development, they should bear in mind that the talks are unlikely to succeed. And even if they do, any agreement will not resolve Iran’s push for regional primacy – or for nuclear weapons.

First, some history. In 2015, Iran and the US, along with China, France, Germany, Russia, the European Union, and the United Kingdom, entered into the Joint Comprehensive Plan of Action (JCPOA), an agreement that reduced Iran’s stockpile of uranium, the level to which it could enrich its uranium, and the number of centrifuges it could operate. Extensive international inspections were put in place. Iran pledged never to develop nuclear weapons.

There are many reasons to be critical of the International Monetary Fund an... →

Experts estimated that these arrangements meant Iran would need up to a year to produce nuclear weapons if it chose to do so and that inspectors would likely catch it in the process. Most of the constraints central to the 2015 accord, however, included “sunset” provisions, meaning they expire over a 10-15-year period.

Once those restrictions disappeared, Iran would need considerably less time to develop a full-fledged nuclear-weapons program. Still, billions of dollars of Iranian funds were unfrozen following the signing of the JCPOA, and Iran was given considerable relief from extensive economic sanctions.

Iran chose to comply with the JCPOA. Nevertheless, three years later, in 2018, under President Donald Trump, the US unilaterally exited the accord, which Trump described as “horrible” and “one of the worst and most one-sided transactions.” He then imposed a new set of draconian sanctions. Shortly thereafter, Iran moved to keep international inspectors at a distance and steadily edged closer to being in a position to produce nuclear weapons. There is strong evidence that it has enriched sufficient uranium to near the level one or more weapons would require.

Under President Joe Biden, the US has expressed its desire to re-enter the pact (negotiated while Biden was vice president) and has urged Iran to do the same. With a new president of its own (Ebrahim Raisi) in place, Iran has declared its readiness to do so, but only if the Trump-era sanctions are first rescinded. If the negotiations lead both sides back into the JCPOA, it would buy close to a decade of limits on Iran’s nuclear program in exchange for lifting many but not all of the economic sanctions.

But there are problems with this scenario. First, lifting sanctions would make it easier for Iran to acquire financial resources that would allow it to do more of what it is already doing to undermine stability in Yemen, Syria, Iraq, Lebanon, Gaza, and elsewhere in the region. Such activity was not restrained by the 2015 accord.

This brings us to another flaw with reviving the JCPOA: Iran could re-enter the 2015 agreement and, while complying with it, accelerate production of ballistic missiles (not covered by the pact) and, after 2030, dramatically expand its stockpile of enriched uranium. In addition, Iran could carry out relevant weapons development in hidden locations that would build on what it has learned in the last few years – activity that could augment the quality and quantity of any nuclear weapons should it decide to pursue them.

The question is not if, but when, we reach this juncture: in months if the negotiations fail, or in less than a decade if they succeed. An Iran allowed to field nuclear weapons or get close to such a point (becoming a threshold nuclear-weapons country) would likely be even more aggressive in its efforts to shape the region in its image.

At the same time, an Iran with nuclear weapons or the capacity to produce them in days or weeks could prompt one or more of its neighbors – most likely Saudi Arabia, Egypt, or Turkey – to follow suit. It would put a conflict-riven region on a hair trigger.

The alternative is to replace formal diplomacy with something less formal. Call it tacit diplomacy or arms control without agreements. The US and other concerned governments (including Israel) would communicate to Iran the limits to their tolerance regarding its nuclear capacity.

If Iran were to cross these quantitative or qualitative red lines, it would pay a substantial price. In addition to increased sanctions, it could expect cyber as well as conventional military attacks on nuclear facilities and possibly targets of economic and military value.

This course also would not be without risks and costs. There is no guarantee that such attacks would succeed, given that Iran could and would go to great lengths to protect important elements of its nuclear program and reconstitute them if necessary. And Iran would also have the option to retaliate with a range of instruments and against targets of its own choosing throughout the region and the world.

All of this implies difficult choices for the US. Biden and his successors might have to consider participating in or condoning attacks on Iran. They might also need to pledge that the US would retaliate against any Iranian threat or use of nuclear weapons, much as the US does for its allies in Europe and Asia against Russia and China. Both Trump and Biden made clear their desire to reduce American military involvement in the Middle East. Because of Iran, making good on this aim looks increasingly unlikely.

Richard Haass is President of the Council on Foreign Relations 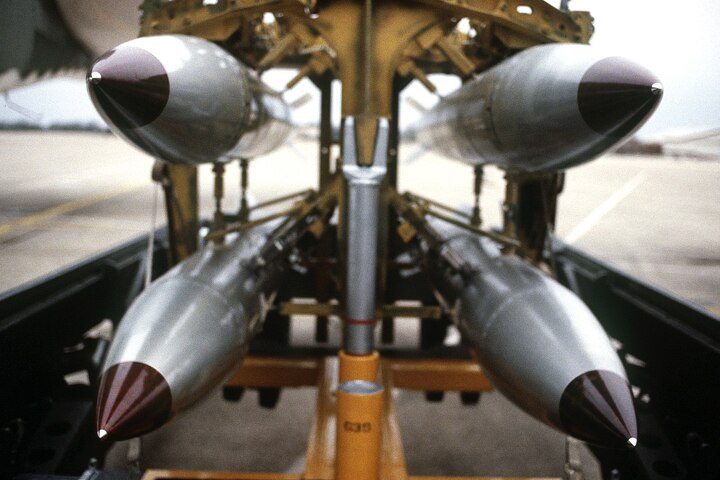