Project Syndicate: The current disconnect between stock-market valuations and the real economy, you recently explained, is rooted in the fact that “small businesses and individual service proprietors,” rather than publicly traded companies, are bearing the brunt of the COVID-19 crisis. You also noted that, as government support lapses, many “otherwise viable businesses” will fail, “leaving large publicly traded companies with an even stronger market position.” Yet when US President Donald Trump announced that he had ended negotiations with Congress over a new stimulus bill, the stock market immediately soured. Was this a blip, perhaps driven by the realization that large companies, such as airlines, weren’t getting bailed out anytime soon? Or does it suggest that Wall Street and Main Street aren’t so disconnected after all?

Kenneth Rogoff: To be clear, much of the stimulus being doled out today is best described as (badly needed) disaster relief. Government programs, such as extended unemployment relief and direct money transfers, have helped ordinary people, but that does not mean they are bad for the stock market.

Yet stocks have also benefited from many other factors, especially zero interest rates and programs whereby the US Treasury and the Federal Reserve have propped up corporate- and municipal-bond markets in unprecedented fashion. If it proves more difficult to contain COVID-19 than currently hoped, however, we may face a spate of bankruptcies, which would challenge the market’s belief in the government’s willingness to incur large losses to prop it up.

PS: Presumably, a new relief package will come, even if not until after next week’s presidential election. What types of fiscal support for households and firms would most effectively shore up the real economy? Should a new relief package simply extend the measures that lapsed at the beginning of August?

KR: In mid-June, my colleague Jason Furman, together with Tim Geithner, Glenn Hubbard, and Melissa Kearney, laid out a plan whose core elements – support for the unemployed, employment benefits for low-wage workers, help for small businesses, and aid to state and local governments, which face borrowing constraints – remain relevant. I would add to this list more forward-looking elements, such as increased spending on infrastructure and education (including online learning for adults).

Though I firmly disagree with those who claim that debt is virtually a free lunch, a crisis of this magnitude calls for a maximal response. A second wave of infections is sweeping across Europe, and the crisis continues to escalate in the US, which is enduring its third spike in cases – and it is not even winter yet. This is hardly the time for governments to ease up on support, let alone reverse course.

PS: You acknowledge that the persistence of low interest rates may be contributing to the stock market’s ebullience. Tech firms, you note, have benefited disproportionately, which could soon make them targets of “populist wrath.” How would deeply negative interest rates, which you’ve long championed, affect these trends? Are there measures – like those you advocate to prevent “large-scale cash hoarding” by financial firms – that would prevent tech firms from reaping disproportionate gains? Is that necessary?

Actually, if there were no effective lower bound on the nominal interest rate, most central banks would have taken interest rates well below zero by now. (As I argue in my book, The Curse of Cash, there are simple ways to remove that bound.)

In any case, while it is true that the downward interest-rate trend, particularly since 2008, has benefited tech firms disproportionately, that is not a reason to change monetary policy. What is needed instead are stronger antitrust policies, starting with restrictions on acquiring potential competitors.

PS: One way to facilitate such a policy shift, you wrote in August, would be to implement a “less-cash” society, which could mean embracing digital currencies, like the one China is pursuing. Though that approach “could disrupt America’s ability to leverage faith in its currency to pursue its broader national interest,” you argued that it was unlikely to “undermine overall dollar dominance of global trade and finance” significantly. The COVID-19 crisis has since weakened the US dollar’s value – and faith in US governance and institutions – considerably. True, there is currently no viable alternative to the dollar as the leading global currency. But how might progress on digital currencies elsewhere affect the greenback’s position?

KR: In fact, the dollar has barely moved from where it was at the outset of the pandemic. From March 5 to October 5, the Fed’s broad dollar index has fallen only slightly – from 117 to 116.

Ethan Ilzetski, Carmen Reinhart, and I recently wrote a paper for Brookings on the surprising stability of core exchange rates during COVID-19. As we and many others have shown, the US dollar’s position in global finance is as strong as ever.

Yet many countries, including our European allies, deeply resent and distrust the control this gives US authorities over the flow of information on global payments and transactions. In their view, developing new digital payments mechanisms could enable them someday to circumvent this.

PS: In a 2017 article that you tweeted, John Lanchester used insights from The Curse of Cash to help explain India’s much-discussed 2016 demonetization. Despite the initial chaos, Lanchester suggested that the experiment could lead “to an outcome that feels as if it was worth the trouble.” Four years later, has it? More broadly, what lessons does India’s demonetization hold for the shift to a less-cash society elsewhere?

KR: My 2016 book suggests that, in general, advanced economies should be the first ones to move to a “less-cash society,” because they have achieved higher levels of financial inclusion and possess stronger digital-payments systems than emerging economies like India. I also strongly caution against sudden changes, like those India pursued. That said, India deserves credit for developing an extraordinary biometric identification system that now includes most of its 1.4 billion inhabitants, enabling the provision of free basic debit accounts to hundreds of millions of people.

While on the subject of the shift to a less-cash society, it is worth noting that, in most advanced economies, currency demand (especially for large-denomination bills) has exploded during the pandemic. This appears to be mostly for hoarding purposes, as the pandemic has otherwise accelerated the decline of cash’s share in the value of payments. Those who see the currency explosion as a boon for cash-hungry governments should remember that the ability to use money is worth little in an environment where interest rates on Treasury borrowing are already zero or negative. In addition, there is little question that paper currency facilitates tax evasion.

PS: Though you’ve historically highlighted the risks of excessive government debt, you’ve also emphasized that the COVID-19 crisis, like a war, requires governments to spend without limit. But it’s generally apparent when one has “won the war,” whereas the end of this crisis may not be as clear. At what point – with regard to GDP growth, unemployment, or some other indicator(s) – might debt become more harmful than helpful?

KR: Being able to borrow robustly to fight recessions, wars, and pandemics is, of course, a very good thing and generally well worth it. But, in normal times, government debt is not a free lunch, and the bulk of recent academic research has pointed to a link between very high government debt and lower trend growth.

My work with Reinhart on debt (which has now been supported and refined in many scholarly studies) does not provide a clear threshold beyond which government debt becomes “excessive.” The risks vary according to a country’s circumstances. As we noted, an increase in debt from 89% to 90% of GDP no more indicates an immediate sharp decline in long-term growth than an increase in cholesterol from 199 to 200 marks the imminent onset of heart disease.

Some would argue that the risks associated with government debt are no longer relevant, because advanced economies can borrow at interest rates that are lower than their growth rates. But this is hardly new. Over the last two centuries, government borrowing rates have been below trend growth rates more than half the time, and this has hardly ruled out problems.

PS: According to the ranking maintained by Research Papers in Economics, you are among the top ten economists in terms of scholarly citations. Whose work do you frequently cite in your own work?

KR: There is so much important and interesting research taking place in economics today, and I cite a great many authors in my work. I find it difficult to single anyone out. I am certainly hugely influenced by my thesis advisor, the late Rudi Dornbusch, whom I – and many others – cite extensively.

PS: You became an international grandmaster of chess in 1978, two years before you earned your PhD in Economics at MIT. How do you think the game – or your experience playing it – has affected your academic career?

KR: I would probably need to write an entire book to answer this question fully; a more prolific scholar undoubtedly would have already done so. As a metaphor for economic crises, it is remarkable how often a seemingly quiet and predictable chess position can sometimes cause the board to explode with unexpected change. And those who think technological progress is set to peter out should look at the stunning developments over the last 30 years in chess – a game that, over the centuries, has often been pronounced virtually “solved” and thus lifeless.

Deaths of Despair and the Future of Capitalism

By Anne Case and Angus Deaton

Building on Case and Deaton’s extraordinarily influential research on the mortality resulting from the tragic opioid epidemic in the United States, this book examines three causes of death – drug overdose, suicide, and alcohol-related liver disease – that have risen rapidly since the mid-1990s. It is extraordinarily well written – sweeping yet succinct. And though it was published before the COVID-19 crisis, its critique of the US approach to health care and inequality is remarkably prescient.

By Charles Goodhart and Manoj Pradhan

Surely when historians look back at this epoch, the extraordinary rise of Asia – especially China – will be viewed as the singular economic development (other than environmental destruction and climate change). And, as I have been arguing since 2003, the rise of China – as well as the integration of Eastern Europe into the global economy – likely explains the surprisingly low inflation pressures of the last 25 years. But if one looks at demographic trends, Goodhart and Pradhan argue, the global labor force is set to start shrinking, and the old-age dependency ratio is set to start rising. These trends portend a sharp reversal of today’s benign inflation pressures.

And Then They Stopped Talking to Me: Making Sense of Middle School

Middle school is not exactly top of mind when teaching university students. But the social exclusion and isolation that Warner so eloquently describes unfortunately carry over to the “cancel culture” that is undermining serious intellectual debate today.

From the PS Archive

Rogoff worries that the failure of US policymakers to rein in the top five firms is impeding innovation. Read more.

Rogoff anticipates a long-term collapse in the price of Bitcoin, but a bright future for the underlying technology. Read more.

Rogoff, Reinhart, and Ilzetski assess whether the secular decline in exchange-rate and inflation volatility will survive COVID-19. Read the paper.

In a recent interview, Rogoff explains why the COVID-19 crisis really is different. Read the transcript. 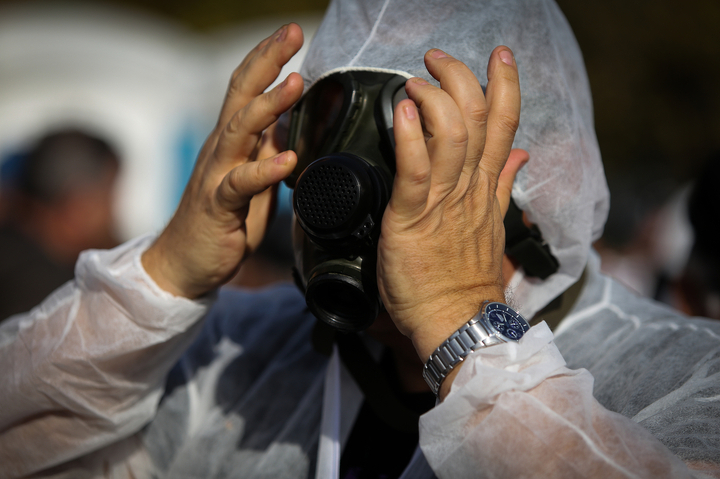