CAMBRIDGE – What is remarkable about the increase in nationalist sentiment across the developed world in recent years is that it is occurring at a time when many of today’s most pressing challenges, including climate change and the COVID-19 pandemic, are fundamentally global problems demanding global solutions And the anger brewing among citizens of vaccine-poor countries – basically, the two-thirds of humanity living outside the advanced economies and China – could come back to haunt the rich world all too soon.

US President Joe Biden’s ambitious plans to address inequality in America are to be welcomed, provided the administration succeeds in covering the long-run costs through higher taxes or stronger growth, admittedly two big ifs. So, too, is the smaller but still significant Next Generation EU scheme to help European Union members such as Italy and Spain that have been disproportionately affected by the pandemic.

The 16% of the world’s people who live in advanced economies have had a tough pandemic but are now looking forward to a recovery. China, which accounts for another 18% of the world’s population, was the first major economy to rebound, thanks mainly to its better epidemic preparedness and greater state capacity to contain the coronavirus.

But what about everyone else? As the International Monetary Fund highlights in its April World Economic Outlook, there is a dangerous global divergence. The horrific wave of COVID-19 in India is likely a preview of what is still to come across much of the developing world, where poverty has exploded. Most countries are unlikely to return to their pre-pandemic output levels until at least the end of 2022.

Until now, the twenty-first century had been a story of catch-up for the developing world, far more so than had seemed likely in the 1980s and 1990s. But the COVID-19 crisis has hit poorer countries just as the rich world is waking up to the fact that containing both the pandemic and the looming climate catastrophe depends hugely on the efforts of developing economies. That is not to mention the cooperation likely to be needed to contain terrorist groups and rogue-state actors in a world seething about the global inequities that the pandemic has laid bare.

Making matters worse, much of the developing world, including emerging markets, entered the pandemic with sharply elevated external debts. Overnight monetary-policy rates may be zero or negative in advanced economies, but they average over 4% in emerging markets and developing economies, with longer-term borrowing – the kind needed for development – much more expensive. A number of countries, including Argentina, Zambia, and Lebanon, have already defaulted. Many more could follow when the uneven recovery pushes up global interest rates.

How, then, can poorer countries pay for COVID-19 vaccines and relief, much less the transition to a green economy? The World Bank and the IMF are under enormous pressure to find solutions, and have been doing a good job in at least explaining the problem. But these organizations lack the financial structure needed to deal with challenges of this scale. In the near term, a new allocation of special drawing rights (the IMF’s reserve asset) can help, but this instrument is too crude and ill-designed to use on a routine basis.

The Bretton Woods institutions established at the end of World War II were designed to act mainly as lenders. But just as rich countries gave their own citizens outright transfers during the pandemic, the same needs to be done for developing economies. Higher debts will only aggravate the likely defaults in the pandemic’s aftermath, particularly given the difficulties involved in determining seniority among various public and private lenders. Stanford University’s Jeremy Bulow and I have long argued that outright grants are cleaner than, and thus preferable to, lending instruments.

So, what is to be done? For starters, the rich world needs to take the cost of vaccinations off the table for developing economies, in part by fully funding the multilateral COVID-19 Vaccine Global Access (COVAX) facility. The cost, in the billions of dollars, is paltry compared to the trillions that richer countries are spending to mitigate the pandemic’s impact on their own economies.

Advanced economies should not only pay for the vaccines but also provide extensive subsidies and technical assistance in delivering them. For many reasons, not least that there will be another pandemic, this is a more effective solution than seizing intellectual property from vaccine developers.

At the same time, advanced economies that are prepared to spend trillions of dollars on developing domestic green energy ought to be able to find a couple hundred billion per year to support the same transition in emerging markets. This assistance could be financed by carbon taxes, which ideally would be intermediated by a World Carbon Bank, a new global institution focused on helping developing countries to decarbonize.

It is also important that developed economies remain open to global trade, the main factor behind lower inequality across countries. Governments should tackle inequality at home by expanding transfers and the social safety net, not by erecting trade barriers that disadvantage billions of people in Africa and Asia. And those people would also benefit from a significant expansion of the World Bank’s aid arm, the International Development Association.

Addressing within-country inequality may be the political imperative of the moment. But tackling vastly greater cross-country disparities is the real key to maintaining geopolitical stability in the twenty-first century. 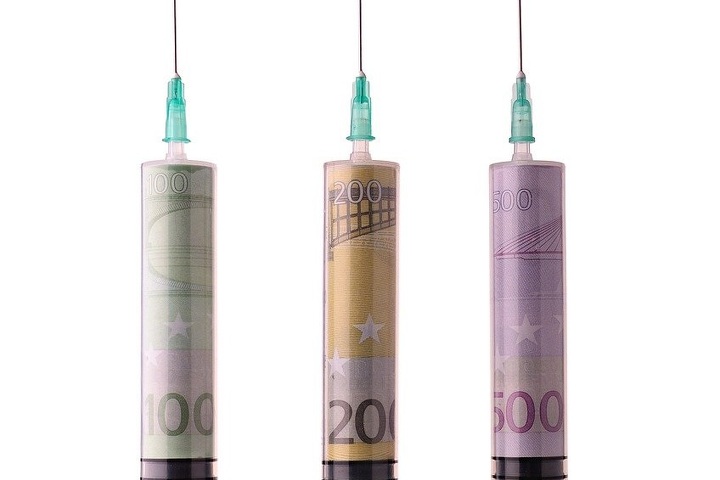