The novel is set some decades in the future. But, with people across northern and central India and Pakistan suffering an unprecedented heat wave since late March, it seems terrifyingly current.

In April, usually a time of late spring weather with average maximum temperatures of at most 35° Celsius (95° Fahrenheit), daytime temperatures in New Delhi exceeded 46°C. Temperatures in many places in the region have hovered around 45°C for two months, reaching 49°C in Jacobabad, Pakistan, on April 30, and 47.2°C in Banda in central India. This was the hottest April weather in at least 120 years.

Although the heat has abated slightly since the start of May, the region’s hot season has barely begun. Meteorologists are already predicting that, partly owing to less rainfall than usual in this period, temperatures will rise above 50°C across much of South Asia as summer sets in. The effects can be lethal, because the combination of extreme heat and high humidity can prevent sweat from evaporating, reducing the body’s ability to cool down.

When the economy is going well, the poor benefit more than others →

This is why the so-called “wet-bulb” temperature, which accounts for both heat and humidity, is significant. When this temperature is around 32°C, outdoor activity becomes difficult and enervating. If it exceeds 35°C, then spending even a few hours outside in the shade with no physical activity can lead to death. Several Indian cities have recently experienced wet-bulb temperatures of close to 30°C. These could increase in coming heat waves and kill people, in exactly the way Robinson describes in his novel.

But this evidence that climate change is outpacing even some of the most pessimistic scientific predictions does not seem to be generating any official urgency to change economic strategies, in India or elsewhere. Like too many other governments around the world, Indian Prime Minister Narendra Modi’s administration has shown no appetite for undertaking the policy changes and public spending required to reduce carbon dioxide emissions and cut pollution, which are essential to avert a climate disaster.

In fact, the government is not even doing the absolute minimum necessary to help India’s predominantly poor population cope with the climate changes already affecting them. Modi has asked state governments to take measures to prevent deaths due to heat waves and fire incidents, but how exactly are they to do this? The National Action Plan on Heat-Related Illnesses does not focus on protecting people from heat exposure, but rather outlines relatively minor strategies for dealing with the consequences, and is really intended to be used by government health departments and private health-care facilities.

That will do nothing for the nine out of ten employed people in India who are engaged in informal activities with no legal or social protection. These workers have virtually no fallback option if they do not go out to earn their living, no matter how terrible the weather. An International Labour Organization (ILO) report on heat stress and work identified agriculture and construction – the two largest employers in India – as the sectors that will be worst-affected in terms of deteriorating conditions and working-time losses as the planet warms. Other at-risk occupations like refuse collection also are dominated by very poor and low-paid informal workers.

These are the activities most likely to lead to serious health problems, and even death, if performed in extreme heat and humidity. But the hundreds of millions of Indians who work such jobs typically have no choice but to keep doing them.

One aspect of heat stress at work that even the ILO ignored concerns the unpaid work of hundreds of millions of women and girls in India who fetch water for daily household use. Scorching heat dries up existing surface water sources and reduces ground water supplies, forcing women and girls to walk longer distances and spend even more hours collecting and carrying water. It also makes these tasks more arduous and potentially life-threatening.

The ILO emphasizes that governments have to be the main drivers of adaptation to higher temperatures with respect to heat stress at work, including by providing universal social protection and ensuring occupational safety even for informal work. But the Indian government’s public pronouncements and stated policies contain nothing of the kind, even as more intense and frequent heat waves are poised to become bigger killers in the subcontinent than the ongoing COVID-19 pandemic.

The government is essentially leaving people to fend for themselves in a foreseeable tragedy. And it envisages continued investment in fossil fuels for decades to come.

Governments must recognize that fundamental truth. But if record heat waves cannot persuade them, it is not easy to see what will. 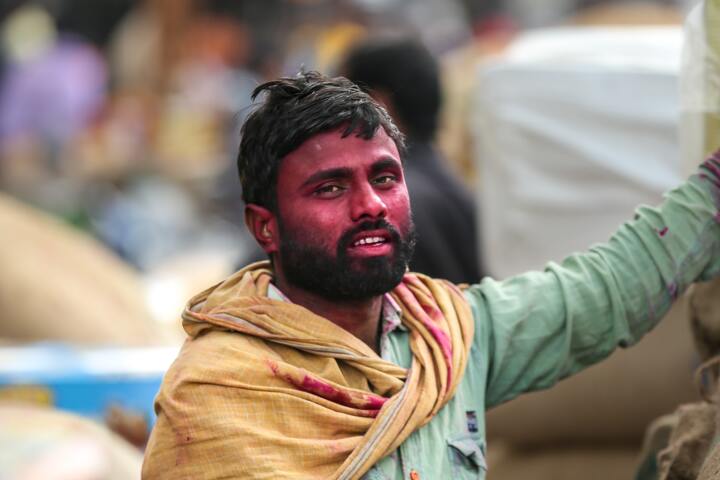