STANFORD – Mario Draghi, the European Central Bank’s former president, has been asked to form a government of national unity in Italy at a pivotal moment. Coming so soon after Joe Biden’s arrival in the White House, and with the impending retirement of German Chancellor Angela Merkel, a Draghi premiership means that French President Emmanuel Macron will no longer cut such a forlorn figure in Europe when standing up for the West and democratic values Donald Trump’s one-term US presidency weakened those values, and the West remains saddled with UK Prime Minister Boris Johnson, “Britain’s Trump,” as well as a motley assortment of populist rulers in Hungary, Poland, Slovenia, and elsewhere. Given Draghi’s tested leadership skills and unquestioned fidelity to democratic norms, his arrival in the European Council may prove to be as important for the future of Europe and transatlantic relations as Merkel’s departure.

Facing external challenges like Russia and China and internal threats from its home-grown populists and authoritarians, a post-Merkel Europe needs leaders who are more in sync with the pro-democracy Biden administration. Having Draghi, who is very pro-American, join the European Union’s core leadership will go a long way toward achieving that.

So far, the EU has provided little evidence that it understands that the United States is under new management, and that in Biden it has a partner who is better informed about Europe than any president since Dwight Eisenhower. On the contrary, European governments and the EU have – thus far, at least – shown less willingness to cooperate with Biden than they did with Trump.

Instead of standing with US Secretary of State Antony Blinken in strongly condemning Russia’s attempted murder and now jailing of the dissident Alexei Navalny, the EU has mostly turned the other cheek. Instead of standing up to a threatened veto of the EU budget and recovery fund, the Union appeased Hungary’s authoritarian prime minister, Viktor Orbán, Trump’s former best friend in Europe. Then, just weeks before Biden’s inauguration, and ignoring his team’s pleas to wait and forge a common position on China, the EU announced the successful conclusion of seven years of negotiations with China on the Comprehensive Agreement on Investment (CAI).

One area of European policymaking most in need of change, both at the EU and national level, is what might be called a “trade first” approach to Russia and China. The numbers are not trivial. Russia is the EU’s fifth-largest trading partner, and the EU is Russia’s largest trading partner, with turnover for goods totaling €232 billion ($279 billion) in 2019. The EU’s trade deficit with Russia (€57 billion in 2019) is second only to its deficit with China.

The EU needs a trade policy that recognizes that trade is Europe’s best source of security leverage. For example, Merkel should now make it clear to Putin that continued persecution of Navalny will jeopardize the completion of Nord Stream 2, a controversial gas pipeline that will deliver Russian supplies directly to Germany, bypassing Ukraine and Germany’s own Central European allies.

The treatment of the EU’s increasingly authoritarian member states Hungary and Poland should be just as tough. Failure to adhere to the rule of law should mean restriction of access not only to financing from the EU budget, but also to the internal market. The EU treaties, after all, are not a suicide pact; no country can be permitted to destroy the Union from within.

The Biden administration has made forging a common approach with its allies to China and Russia a pillar of its foreign policy. Improved transatlantic relations, which Europeans said throughout Trump’s presidency was their goal, now depend on EU leaders meeting Biden halfway. Continued snubs of the sort represented by the rush to announce the EU-China CAI will only cause more tension.

Of course, changing its mostly value-free trade policy will be a complicated business for the EU. None of the Union’s southern countries is likely to be willing to take a tough line against Russia. Political parties across the board in Italy, for example, have been pro-Russia for years. Federica Mogherini, the EU’s previous high representative for foreign affairs and security policy, was notoriously soft on Russia, particularly in her early years in the post. And Italy has always resisted maintaining the sanctions imposed on Russia following its illegal annexation of Crimea and war in eastern Ukraine.

Persuading the EU’s southern member countries to go along with a trade policy that reflects the Union’s security interests will call for delicate negotiations. But there are things that southern European member states want – such as Eurobonds, more lenient budget rules, protection for their banks, or even a northern European fiscal stimulus – that could be brought into play.

Here is where Draghi could make a huge contribution. The “whatever it takes” man who saved the euro has the experience and knowledge to mediate a grand bargain between Europe’s north and south: economic concessions in exchange for a tough-minded trade policy vis-à-vis Russia and China.

In fact, aligning with the tougher stance on Russia and China that the Biden administration seeks could lead to a political windfall for Europe. The northern countries’ concessions on economic policy would strengthen EU solidarity and accelerate north-south integration – objectives to which Draghi has devoted most of his professional life. The Italians have finally made a brilliant choice. 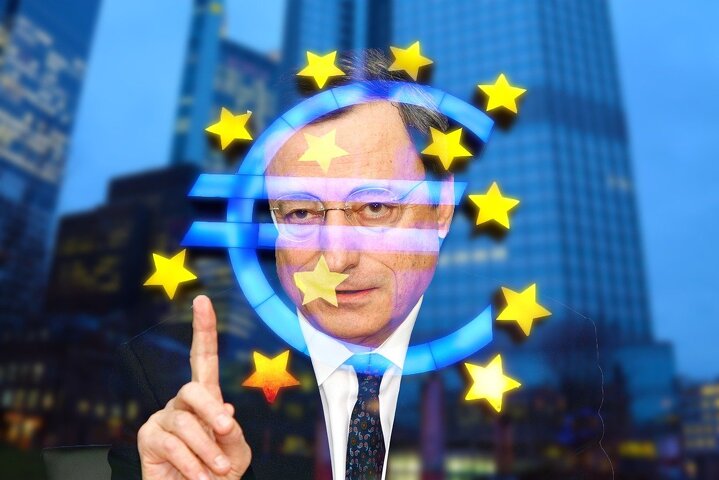