NEW DELHI – The COVID-19 pandemic has thrust the entire world – rich and poor – into uncharted territory, prompting extraordinary policy responses almost everywhere. The looming economic fallout will be more severe than that of the Great Depression, the 2008 global financial crisis, and perhaps even the two world wars. After all, none of these previous epochal crises involved a simultaneous global collapse of both demand and supply, with little certainty of how long the sudden stop would persist In an already unequal world, the COVID-19 meltdown has further increased inequalities within and among countries. Developing countries (even those with very few coronavirus cases) are being economically and financially devastated by collapsing global trade, sharp capital-flow reversals, and currency depreciation, all of which intensify external debt-servicing problems.

Moreover, policy responses within countries have compounded existing inequalities. In India, for example, the Modi government’s inept, draconian response is forcing millions of vulnerable people out of cities and back to their native villages, generating a gratuitous humanitarian catastrophe on top of the underlying COVID-19 crisis.

An unprecedented global challenge demands an unprecedented response, including a globally coordinated health strategy, because the coronavirus will remain a threat as long as infections are still spreading in even one country. Sadly, the response so far has taken the opposite form: the world is in the grips of a competitive struggle over basic items like face masks, medicines, and testing kits – with the world’s most powerful country leading the race to the bottom. Worse, the pandemic’s terrible health implications could well be dwarfed by the sheer scale of the economic disaster and its effects on livelihoods and other health conditions.

Rather than wringing our hands, we must start preparing to do whatever it takes to prevent an even deeper catastrophe. Given the urgency, we will have to make do with the tools we have available. Despite their flaws, existing international institutions must be made fit for purpose to meet this crisis. We cannot repeat the mistakes made after the 2008 financial crisis, when governments and the international community rescued global capitalism’s biggest players without imposing conditions to ensure socially responsible behavior.

Given that the IMF would play a critical role in all three of these policy domains, it must step up to the plate. That means abandoning both its longstanding inclination toward unnecessary austerity and its instinctive commitment to protecting the interests of financial players over those of ordinary people. It also means clearly repudiating misplaced political gestures like denying Venezuela access to its own SDR account at the IMF.

On the issue of SDRs, a massive new issuance would provide reserve assets to supplement struggling countries’ official foreign exchange reserves. At least SDR1-2 trillion, equivalent to $1.4-2.7 trillion (the value is based on a basket of five leading fiat currencies), will need to be created and distributed without conditionality across member countries, according to their quotas.

Advanced economies with reserve currencies will not need this lifeline, but it will be crucial in emerging and developing economies, which have far fewer resources with which to fight the pandemic and mitigate the attendant economic disaster. An expanded SDR is also a better option than swap lines from the US Federal Reserve. Although this mechanism is currently playing a stabilizing role in the global financial system, how it functions ultimately reflects US strategic national interests, not global ones.

Historically, only around SDR204 billion has been created and distributed globally, with SDR182 billion of that coming in 2009 to help countries cope with the aftermath of the 2008 crisis. These are tiny sums, relative to annual global transactions. In 2018, global trade alone amounted to around $19.5 trillion, and gross capital flows to more than $20 trillion. A massive increase in SDRs right now would increase global money supply, but need not lead to global inflation, especially if the newly unlocked resources go toward preventing supply bottlenecks that are bound to emerge as a result of the pandemic lockdown.

Similarly, while some countries can seek to repudiate external debts on the basis of today’s extraordinary circumstances, individual countries that do so on their own will face additional costs, just as they will find it difficult to impose the necessary capital controls. Both of these options would be much more effective with international coordination. While the IMF is still the institution best placed to facilitate that, it needs to abandon its market fundamentalist insistence on capital-account liberalization and deregulation.

It is hard to imagine a more appropriate moment for the IMF to change its ways – indeed, it is now or never. When the Fund was created in 1945, its explicit purpose was “to foster global monetary cooperation, secure financial stability, facilitate international trade, promote high employment and sustainable economic growth, and reduce poverty around the world.” For decades, the IMF’s record on all of these fronts has been dismal. Now that the world economy is on the brink of collapse, it has a chance to atone for its past sins and finally justify its existence. 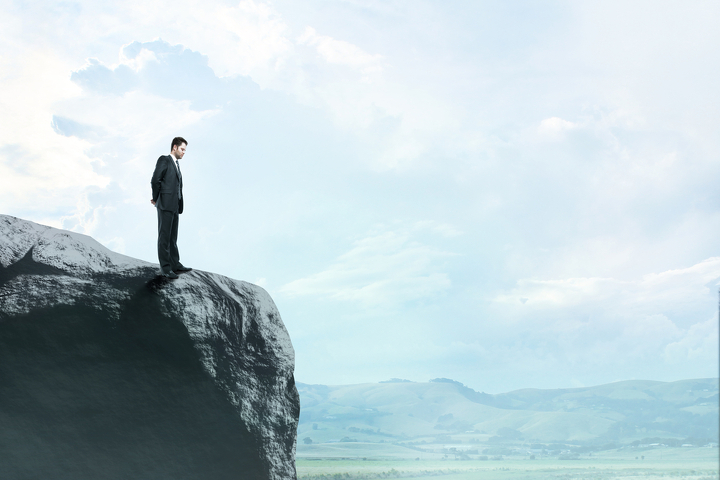