RIO DE JANEIRO – Universal basic income is hardly a new concept, but it has taken on a new life in recent years. Voices on both the left and the right now argue that a UBI could be the key to addressing major social and structural problems, including technological unemployment and underemployment, extreme poverty, welfare traps, and hidden disincentives to work. By freeing people from the shackles of low-quality jobs and endless bureaucracy, the logic goes, a UBI would enable them to reach their full potential It is certainly an appealing argument, especially at a time of protracted wage stagnation, persistent poverty, rising inequality, and low economic growth. But, so far, the only versions of UBI that have been tested – in places like Canada, Finland, Kenya, and the Netherlands – are essentially just new modalities of unemployment and welfare benefits. These experiments contradict the fundamental logic of a UBI.

To be sure, incremental approaches to UBI can drive forward welfare reform. In particular, by reducing or eliminating the need for means testing and other forms of conditionality, these so-called UBI-based schemes can alleviate bureaucratic burdens and the associated administrative costs, while delivering a new income stream to the poor.

Bankruptcy or how managers themselves become debtors

The negative effects of this latest global financial crisis have been truly... →

The controls and conditionalities that have characterized the means-tested programs that have proliferated since the 1990s, especially in the Global South, are proving ineffective. Making income transfers truly “duty free,” as the Belgian philosopher and UBI proponent Philippe Van Parijs has stressed, would be a major victory. However, this may come about less in the name of justice and equity, and more because it serves a new regime of accumulation that can guarantee that everyone has a regular no-strings-attached monetary income. In turn, all citizens will be granted permanent access to financial markets, the advance of which has taken on staggering dimensions.

Under financialized capitalism, regular income streams facilitate market incorporation and financial inclusion. They serve as collateral in a world where debt, acquired through various kinds of loans and consumer credit lines, is increasingly used to pay not just for durable goods, but also for services like health care and education, which previously constituted the bulk of public provision.

Financial innovations based on income-backed loans to individuals are one pillar of a securitization dynamic that enables the continuous renegotiation of debt, and thus the continuous expansion and consolidation of new financial instruments. The transformation of social policy into collateral reflects the logic of financialized capitalism, which converts cash transfers, pensions, and other monetary schemes – that is, sources of regular income streams – into assets placed at the disposal of the financial sector.

The burgeoning trade war between the United States and China has as much to... →

When social policy is used primarily to service debt and secure new loans, it stops serving as a mechanism for de-commodification, as it was originally conceived. Instead, it becomes both a vector for increasing household income and a source of financial profits for the banking system and the insurance industry.

Following this pattern, by providing a stable income stream and thus a reliable form of collateral, paid by the state, UBI would strengthen and even create financial markets, particularly for consumer credit, mortgages, and pensions. Far from serving as a revolutionary route to freedom from the whip of the market, UBI may end up yoking all citizens to rentier capital through indebtedness.

It doesn’t have to be this way. Certain conditions must be met to prevent UBI from being subordinated to the finance-dominated mindset.

That would mean, first and foremost, that UBI must be established not as a complement to welfare measures, but as a means of fully decommodifying access to basic needs, including food, clothing, and transportation. Current experiments offer too little cash. Providing enough is the only way to diminish the chance that UBI will serve primarily and predominantly as collateral.

Here's Why Warren Buffett And Other Great Investors Don't Diversify

Conventional wisdom dictates that diversification is essential to long-term... →

Second, governments would need to guarantee vital public services, such as free universal health care, education, and training. Strong housing policies – including aggressive rent regulation, increased property taxation, and an expanded supply of affordable housing – would also be needed, not least to ensure that the rise in real incomes doesn’t fuel real-estate speculation.

Finally, financial-sector regulation would have to be strengthened considerably. High taxes on financial rents should also be introduced, in order to revitalize the real economy.

No doubt, this is a huge – and hugely complex – endeavor. But it must be undertaken if the ideal of a basic income is to remain intact and grounded in sound principles and decent values.

Lena Lavinas, Professor of Welfare Economics at the Institute of Economics at the Federal University of Rio de Janeiro, is the author of The Takeover of Social Policy by Financialization: The Brazilian Paradox 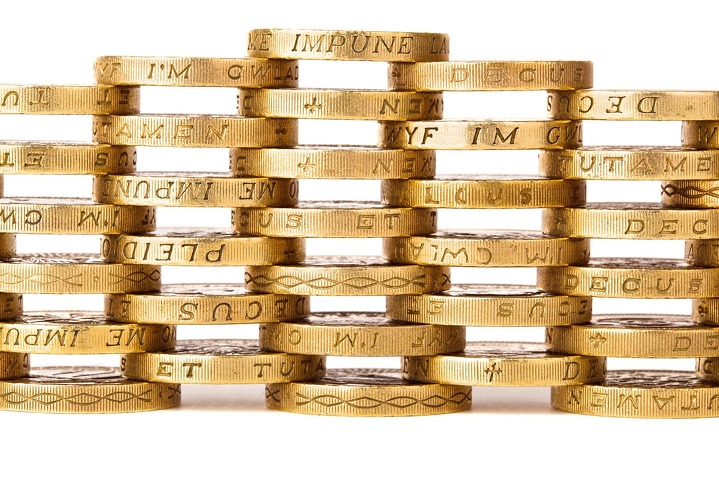